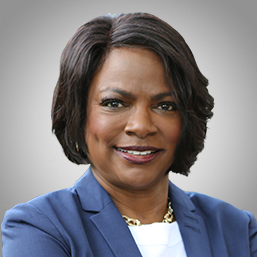 View From Here
By David Mark Greaves
I only became aware of Bill Russell after his playing days. What always struck me when he was on television, was the deference, awe and respect, that those who did know gave him. And when he spoke, it was never about nonsense. He had a gravitas that transcended sports and was always on the right side of history and the Black struggle in America. Bill Russell was about more than basketball; he was about how to be a man.

As someone who kept a schematic of the Starship Enterprise handy into my adult years, the loss of Nichelle Nichols brought back memories of Lt. Uhuru at her station, widening horizons for a generation of young people. And as for empowerment, the episode where Uhuru has the skills to move from the communications position to take-over a front command station next to Mr. Sulu, was especially racially uplifting. Ms. Nichols’ work with NASA inspiring young people in new careers, will also be remembered as uplifting new generations.

Abortion and the Future
The overwhelming vote in Kansas to maintain the state constitutional right to abortion, and authoritarian candidates winning this week’s Republican primaries, suggests what we wrote in the May 19th column to be true:
“The White men of the Republican party have made a Putinesque blunder and I’d like to think they’ll be in for a surprise when the votes come back from those gerrymandered red districts. Wives and daughters may tell there MAGA husbands and brothers one thing to avoid abuse, but when they get in the booth, I would not be surprised if the pro-choice candidate gets their vote. Especially when they hear contraceptives could be outlawed as well.

And the man who just heard from his girlfriend or wife how this vote could change every thought he had for the future; he will color the box next to the candidate that will leave his life alone. This November elections can either be the anticipated party-in-control switch, or a reaction to unusual times demanding unusual solutions. I may be a hopeless optimist, but if we work at it, I think this could be a big Democratic election.

“And because of their hubris and manly ignorance in trying to control women’s lives, combined with the nominating of authoritarian candidates, the Republicans may lose the House and the Senate. They could see Roe v. Wade codified, the John Lewis Equal Voting Rights Act passed, universal background checks for guns, climate legislation and more. The good news for the Republican base, is that if the Democrats win, they will benefit from the tax money clawed back from the one percent and used to improve the lives of people like them.”

It may not all come true, but it’s possible. And if we’re looking ahead, what’s the 2024 ticket going to look like if Biden does not run? I would speculate that any ticket for 2024 will have to have first time senator Val Demings on it. Demings would bring not only Florida’s “all-important” 27 electoral votes but also Georgia (14) and North Carolina (13) as well as an astonishing African American vote. Give her the Foreign Relations and Homeland Security Committees, a year of Senate hearings to show her chops, and she could be implored to be top of ticket with Michigan Governor Gretchen Whitmer. Just speculating.