In Pursuit of the “Unhinged”
Advertisement 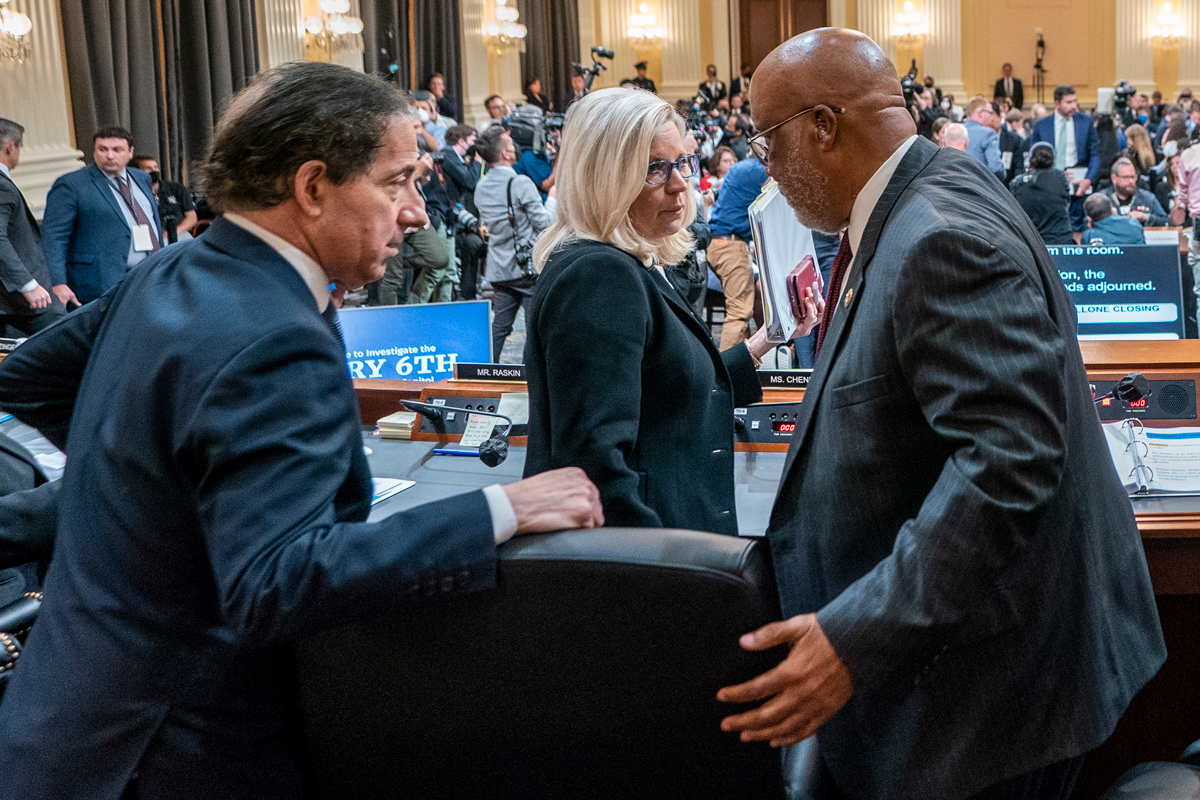 A Nation in Danger

View From Here
By David Mark Greaves
There are various levels of crimes, misdemeanors, petty larceny, felony, etc., that are familiar and easily absorbed. But sedition and treason are in a different universe of wrongdoing. Trump and his cohorts had devised a pitchfork effort to uproot democracy with Trump at the handle. His coercion of officeholders had not worked, and all his legal options had failed. He learned at a December 18, 2020 meeting that changing the leadership at the Justice Department to further his “Fake Electors” schemes would have caused more trouble than it was worth, so calling in the mob was the last option and he took it. He Tweeted for his supporters to come to Washington, Jan. 6 and promised them “It will be wild.”

So okay, that’s Donald Trump and hopefully the slowly grinding wheels of the Department of Justice will eventually crush the deepest elements in his part in the movement to impose an authoritarian state. However, other authoritarian efforts are moving forward that are insidious and even more dangerous.

There is gerrymandering and voter suppression efforts that we have grown accustomed to fighting against over the years. But now, this authoritarian movement is using the Republican party to put up candidates for positions involving the counting of votes, who say that Trump won the last election and will win the next one if they have anything to do with it. And there is more.

Coming to the Supreme Court in the Fall is a case, Moore v. Harper, that would give a Republican-led legislature the power to reject the voters choice and select their own. And my guess is a good proportion of those disenfranchised voters would be Black.

On page 7 is a reprint of a Jacobin Magazine article, where the author notes, “Nothing is certain yet, but the most likely outcome of Moore v. Harper is the Supreme Court ruling that state legislatures can appoint presidential electors however they wish, possibly even with no regard for the candidate who got the most votes in their state — a legal interpretation known as the ‘independent state legislature theory (or doctrine)’.” Might as well call it “state’s rights,” like in the Civil War.

In his November 19, 1863 Address on the battlefield at Gettysburg, President Abraham Lincoln spoke of the responsibility of the living to hold to democracy. “It is rather for us to be here dedicated to the great task remaining before us — that from these honored dead we take increased devotion to that cause for which they gave the last full measure of devotion — that we here highly resolve that these dead shall not have died in vain — that this nation, under God, shall have a new birth of freedom — and that government of the people, by the people, for the people, shall not perish from the earth.”

We are close to the edge of losing “government of the people” and there is work to be done to pull back, and social media can be a powerful enemy or a powerful friend in the effort. Let’s use it to get the word out on races that will control the future. These elections really are the most important of our lifetime.