To the Editor, Re: June 30, 2022 article, “As Supreme Court Overturns Roe v. Wade, Nation Speaks Up, ‘Overruled! We’re Not Going Back!’”
Advertisement 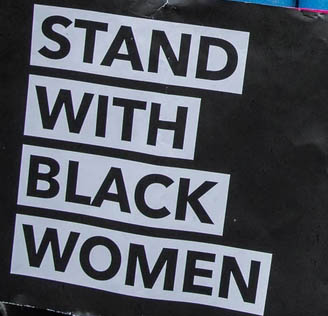 Why do you believe that a ruling that will assure that more babies (including black babies) will live, is a bad thing? Aren’t you thankful to God that you weren’t aborted?

Are you aware of the precursor to the modern abortion movement?

Do you believe that God supports abortion?

This ruling only assures that the state now controls women’s bodies, as in the old days. And particularly for Black women, whose bodies were controlled by white men for both sex and profit for 400 years, and now five white men, two of whom were accused of sexual misconduct, are going to reassert control? No. Enough is enough.

This would be an entirely different conversation if the law stipulated the father does time and pays penalties equal to those for the doctor or the woman.

And the fetus is not equal to a woman who has already cost the state hundreds of thousands of dollars, depending on the zip code, to educate and provide health care. She can combine that investment with her ambitions and use it to become her full self rather than being subjected to medical and emotional trauma and having her life being redirected down paths she had not planned to take, some of them wonderful, some of them not.

An argument can be made that many fetuses that would have been subject to abortion, are greeted happily upon birth, loved fiercely and bring joy. Or the woman or girl may decide to wait until she’s ready to offer her child a fuller life. That choice is hers to make.

And yes, I am glad I was not aborted, and as for God, I believe having created life and granted free will, it’s a hands-off proposition on how we proceed. And for me, horrible images of aborted fetuses are not examples of what God would not want.

I’ve seen Nazi-made films of emaciated Jews being marched into gas chambers and bodies, no

more than skin and bone, sliding down chutes into mass graves during the Holocaust. I’ve read about and seen drawings of the horrors of slavery, and I believe that if a God cared about how Free Will is exercised, I don’t think slavery and the Holocaust would be possible but abortions banned.

Barriers Broken in Brooklyn and DC