Nation Speaks Up, “Overruled!
We’re Not Going Back!”
Advertisement 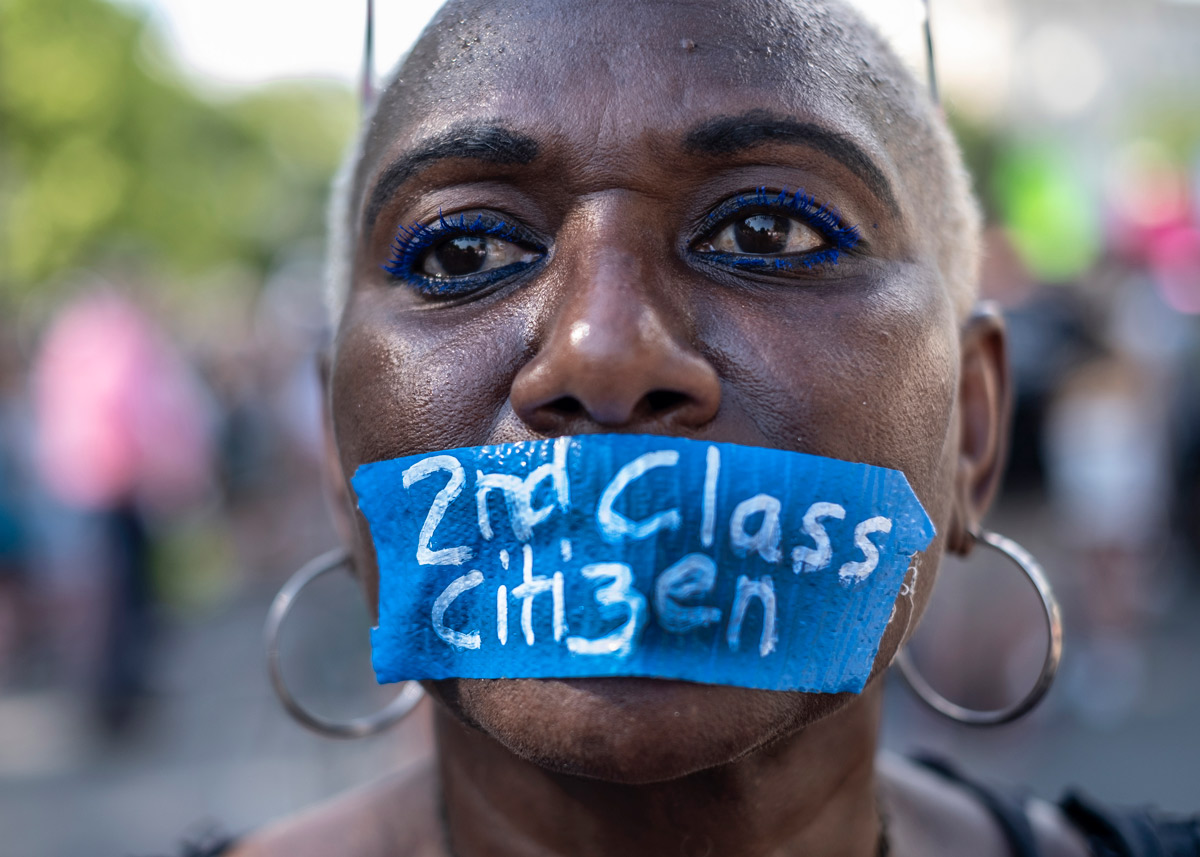 June 25, 2022, Washington, DC: Abortion rights activist Nadine Seiler wears tape on her mouth with the words ‘’Second Class Citizen’’ while protesting in front of the Supreme Court building following the announcement to the Dobbs v Jackson Women’s Health Organization ruling. The Court’s decision overturns the landmark 50-year-old 1973 Roe v. Wade case and erases a federal right to an abortion. Yesterday, U.S. World & News report announced that a small contingent of Democrats is floating the idea of ...impeaching justices who ruled to strike down the constitutional right to abortions. Democrats say, according to the publication, that “some Trump-appointed justices lied when they previously said during confirmations that they wouldn’t overturn court precedent.” (Credit Image: © Probal Rashid/ZUMA Press Wire)

Do Not Despair! The Best Days are Ahead, the Alternative is Unthinkable

View From Here
David Mark Greaves
The Hearings of the Select Committee investigating the Jan. 6th insurrection, continues to reveal what we’ve known about Donald “The Don” Trump, but it amazes at the depth of the venality of the man and his action-movie inspired insistence to lead the mob, which he and his Capo Mark Meadows, knew was armed, on to the capital to declare himself the winner. What a horrible situation. We’re stuck in his fantasy and it’s going to be hell getting out of the real-world consequences, as we see in the overturning of Roe v. Wade.

The battle lines have been drawn and the question is clear. Who will run the country? Will it be the people, or will it be an autocrat, aided and abetted by a power-driven GOP and a Supreme Court comprised of: liars at confirmation, Bret Kavanaugh, Neil Gorsuch, Amy Coney Barrett; Sexual predators, Clarence Thomas and Kavanaugh again; a religious zealot Barrett and rightwing radical Samuel Alito?

These justices want a White Supremacist/Christian, autocratic-run nation with no access to abortions, unlimited access to guns, no right to privacy, no protection of the environment, no recognition of climate change, no regulation of corporations, and that would be just the start of their decades-long reign. The only way to correct this situation is to do what, in today’s world is impossible, expand the court from nine to fifteen justices.

I say in today’s world, because we’re living in a time when the impossible may be the only thing that can save us from subjecting our heirs to having these justices ruling unfettered for the coming generations.

It is no wonder there is a feeling that the nation is coming apart. The only reason it is a surprise is because the country never recognized what happened during slavery and the extent to which a percentage of Americans are closer to the slaveholding mentality of White supremacy than not. It’s a smaller percentage, 35% of the population to be sure, but between the electoral college, gerrymandering and voter suppression, that’s all that’s needed for that meanest segment of the American psyche to take control.

However, there is hope
From the May 16, 2022 View From Here:
“This November elections can either be the anticipated party-in-control switch, or a reaction to unusual times demanding unusual solutions. I may be a hopeless optimist, but if we work at it, I think this could be a big Democratic election.

Because of their hubris and manly ignorance in trying to control women’s lives, combined with the nominating of authoritarian candidates, the Republicans may lose the House and the Senate. They could see Roe v. Wade codified, the John Lewis Equal Voting Rights Act passed, universal background checks for guns, climate legislation and more. The good news for the Republican base, is that if the Democrats win, they will benefit from the tax money clawed back from the one percent and used to improve the lives of people like them.”

A long hot summer of political activism is upon us. All the elements of popular opinion are aligned, and while the population for whom these may be litmus test issues may be relatively small, they will add up in the next election and can make the Republicans pay for making obvious their lust for power. The overreach of the Court in the Dobbs decision will have paved the way for an eventual 15-judge Supreme Court, perhaps with Ketanje Brown Jackson as Chief Justice.