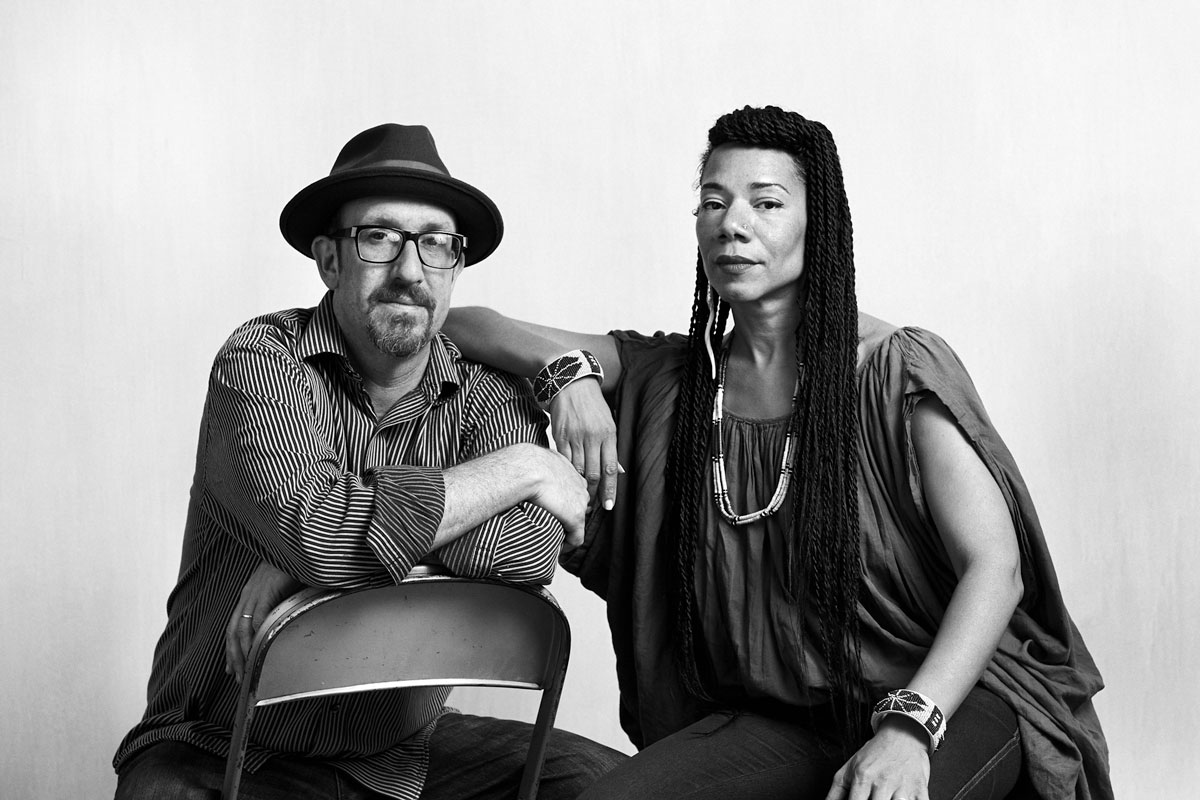 By Fern E. Gillespie
Ntozake Shange’s “For Colored Girls Who Have Considered Suicide When the Rainbow is Enuf” is coming back to Broadway this April with a new look, style, rhythm, and sound.
“I feel that director-choreographer, Camille A. Brown, really wanted to celebrate Ntozake’s work and bring it into the 21st century for younger generations who may not have been familiar with her work,” explained singer, composer and musician Martha Redbone, who created the new music score for For Colored Girls with her husband and collaborator Aaron Whitby. “We met with the director to help work with her creative vision for the music. She basically summed up her creative vision in three words – Black Girl Joy.”

So, Redbone and Whitby set out to create a vibe. They explored music genres that celebrated the African American music of Black women and adapted music styles to the poems. “We covered the African Diaspora of all these genres from jazz and blues and R&B and soul and aspects of dance like modern dance and step dancing,” she said. “We wanted to highlight the music according to the choreography that she created for the piece.”

The couple is very familiar with For Colored Girls. In 2019, they were the composers of the Public Theatre’s iteration of the choreo-poem. “We were invited to set some of the poetry to song. To turn into lyrics with songs,” said Redbone. “But the one that’s coming out now is a totally different reimagined show.”

Redbone is an acclaimed vocalist, songwriter, composer, and educator. She is known for her music gumbo of folk, blues, and gospel from her childhood in Kentucky growing up with her grandparents who were Native American and African American to her Brooklynite edge. As a teen, she moved to Brooklyn and attended Fashion High School. Moving to England, she met Whitby, a London pianist, composer, and producer who has recorded or performed with George Clinton, Luther Vandross, Natalie Cole, Randy Brecker, Lisa Fischer, David Amram and more. “I engineered Natalie Cole’s record ‘Living for Love’ it won a Grammy,” he said. Currently, he is working as an engineer on the “Luther Vandross Legacy Project” featuring several of Vandross’ back-up singers.

The couple, who reside in Fort Greene, have been together for 29 years. Redbone, who recently performed on NPR’s popular Tiny Desk Concert, gives voice to issues of social justice, bridging traditions, connecting cultures, and celebrating the human spirit.
To Redbone, the 2022 Broadway production of For Colored Girls has a fascinating flair. “Camille Brown is a younger woman. And, so she has a younger approach to the overall piece. Her interpretation is very unique. I thought it was also brave to push the envelope of Ntozake’s work,” said Redbone. “I think the result is really amazing. It highlights that the words that Ntozake wrote back in the 1970s are still relevant today. Still fresh. In many ways, you know, through the good and the bad, it shows that we as Black women today are still dealing with a lot of issues that we were dealing with back in the 1970s. So, you know the journey is long and hard and the struggle is real. But the resilience is even brighter. And I can see it with all the young women on the stage. Their strengths make her words even more immortal.”

Over the years, Redbone had met Ntozake several times at social events. “I’m a fangirl,” she explained. “Ntozake was a brilliant woman who was more than loved. She was beloved.”
In next week’s issue, the “In Support of Colored Girls” story features interviews with Don Sutton, Ntozake Shange’s Literary Trustee, and Paul T. Williams, Jr., Ms. Shange’s brother.

Shange’s “for colored girls…” Returns Home after 46 Years, Relevant as Ever, and Still Ahead of its Time