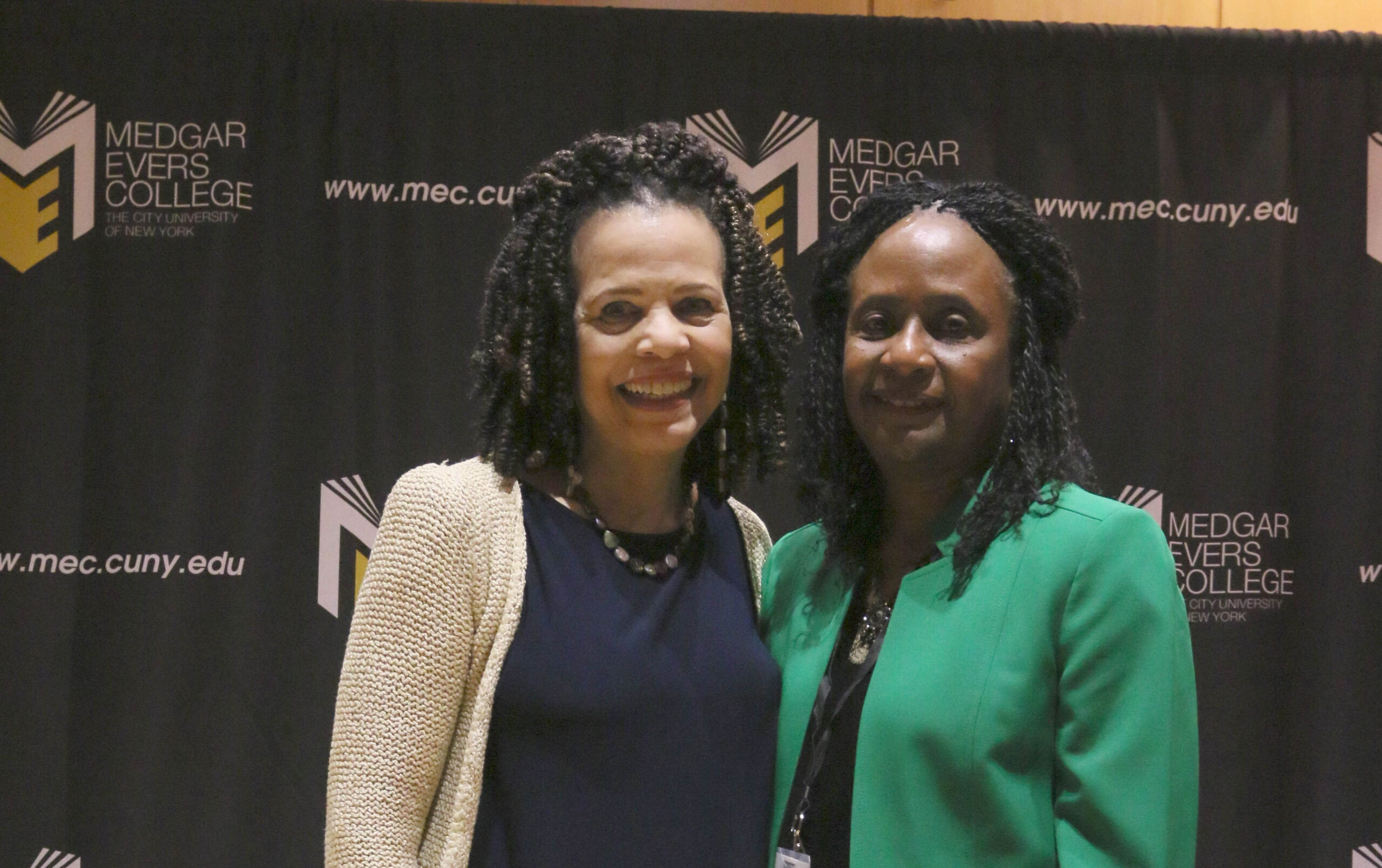 By Dr. Brenda M. Greene
Renowned poet, playwright and novelist Ntozake Shange’s Obie Award-winning choreopoem for colored girls who have considered suicide / when the rainbow is enuf, first produced in 1974, boldly defined what it meant to be a woman of color in the 20th century. After playing at The Public Theater, the play opened on Broadway in 1976. It has now been revived on Broadway by dancer, choreographer, director, and dance educator Camille A. Brown. I had an opportunity to see this stirring and dynamic production on Opening Night, Wednesday, April 20, 2022.

As I sat in the audience watching the play, I was reminded of the feelings that first arose in me when I saw the play at The Public Theater in 1975. I knew the women on that stage. They were my high school and college friends. They represented all hues and body types. Their joys, tears, pain, frustration at men and relationships represented what we encountered as young Black women who came of age in the late 1960s and 1970s. These sister friends were not concerned with being silent and were bold in sharing our stories and our secrets. Ntozake Shange exposed those stories and reminded us of the value of storytelling and that in the midst of pain, loss, grief, and abuse we would have joyful moments and we would survive.

I also thought about the criticism that was directed at Ntozake when the play came out. Like Michele Wallace, the author of Black Macho and the Myth of the Superwoman, which came out in 1978, Ntozake was accused of only portraying stereotyped renditions of Black men. Wallace argues that the patriarchy, sexism, and racial politics manifested during the Black Arts and Black Power Movements had silenced and marginalized Black women. The work of the late professor and feminist scholar bell hooks, known for titles like “Ain’t I a Woman” and “All About Love,” was also viewed as a critique of the Black male. In Ain’t I a Woman, hooks argues that many Black women refused to participate in the feminist movement because “casting a vote for feminism was casting a vote against Black liberation. hooks advocates that Black women who are feminists are pioneers. She recounts how Black people in America have been traumatized and subjected to hopelessness, powerlessness, and despair and argues that the movement forward in the struggle for liberation requires a radical vison of social change rooted in a love ethic that will convert, as it did with the Civil Rights movement, masses of people, Black and non-Black. She notes that by choosing to embrace the love ethic as practice, we choose to work collectively for the survival of the beloved community. Ntozake Shange’s choreopoem embodies these values. She lays the foundation for scholars and Black feminists who advocate for the agency of Black women.

I had an opportunity to interview Ntozake Shange in her Bedford Stuyvesant home in 2010. When I asked her why was it so important to write this choreopoem celebrating the voices of Black women? She responded with, “It’s difficult to approach. I wrote 20 poems over a period of two and a half years. They were poems I read at readings, in different arrangements and with different nuances, dancers and musicians. We were able to discover elements in the poems and in the music and dance that allowed us to present it to one audience. I had developed an audience in the San Francisco Bay area, but it never occurred to me that it was going to the world. It was going to my community which I was a part of and where I felt I belonged. I think some of the confidence and the buoyancy of the language comes from that feeling. And I never felt like we had to do anything else. We had this to do. And that was what I could do and that’s what I did.”

The Center for Black Literature celebrated the life of Ntozake Shange at the National Black Writers Conference 2019 Biennial Symposium, “Playwrights and Screenwriters at the Crossroads.” Ifa Bayeza, playwright, producer, novelist, and sister of Ntozake Shange was the keynote speaker. Bayeza told the audience that Ntozake came from a family of storytellers and she described Ntozake’s journey as a poet and playwright and her belief in activism, serving her people, and using music, dance and poetry to represent this commitment.

Camille A. Brown’s revised dynamic Broadway production celebrates the power of the word. As audience members, we empathize with the performers and we see the value of the oral tradition. We feel the emotion of their struggle as they express the desires, pain, grief, loss and joy of Black women. Their cacophony of voices finds strength and support in the collective community.

Award-winning arts marketing consultant Donna Walker-Kuhne, president of Walker International Communications Group, states, “The play is amazing, the staging, choreography and direction. The feminism encapsulated by the women is powerful.”

Jamila Ponton Bragg, of JamRock Productions and one of the producers of the play states:
“I was blown away at how beautiful the production looked on stage. Camille Brown, a director and a choreographer, energized Ntozake Shange’s words by using color and movement to accent the actor’s excellent delivery of her timeless play. It was also wonderful to see the way she used movement to bring the play into the 21st century–the dancing felt like it was lifted from a recent video or an NYC club. I am proud to be part of the producing team and bring a modern version of this classic work to the Broadway stage.”

Ntozake left us with a strong message. She showed us the way forward and the path for how we triumph, survive, and heal. Healing involves remembering as Toni Morrison reminds us in her essay on “The Site of Memory.” We witness the women who must remember in order to heal. We acknowledge their pain, joy, and passion. Through a laying of the hands. they form a “ring dance” a traditional ritual rooted in the African aesthetic of the Black community. As the play closes, the women cry out, ‘I Found God in Myself.” We are bystanders, observing their transformation and the acceptance of the sacred within themselves.

Dr. Brenda M. Greene, professor of English is Founder and Executive Director of the Center for Black Literature and Director of the National Black Writers Conference at Medgar Evers College, CUNY. Founded in 2002, the mission of the Center for Black Literature at Medgar Evers College, CUNY (CBL) is to expand, broaden, and enrich the public’s knowledge and aesthetic appreciation of Black literature by people of the African Diaspora.