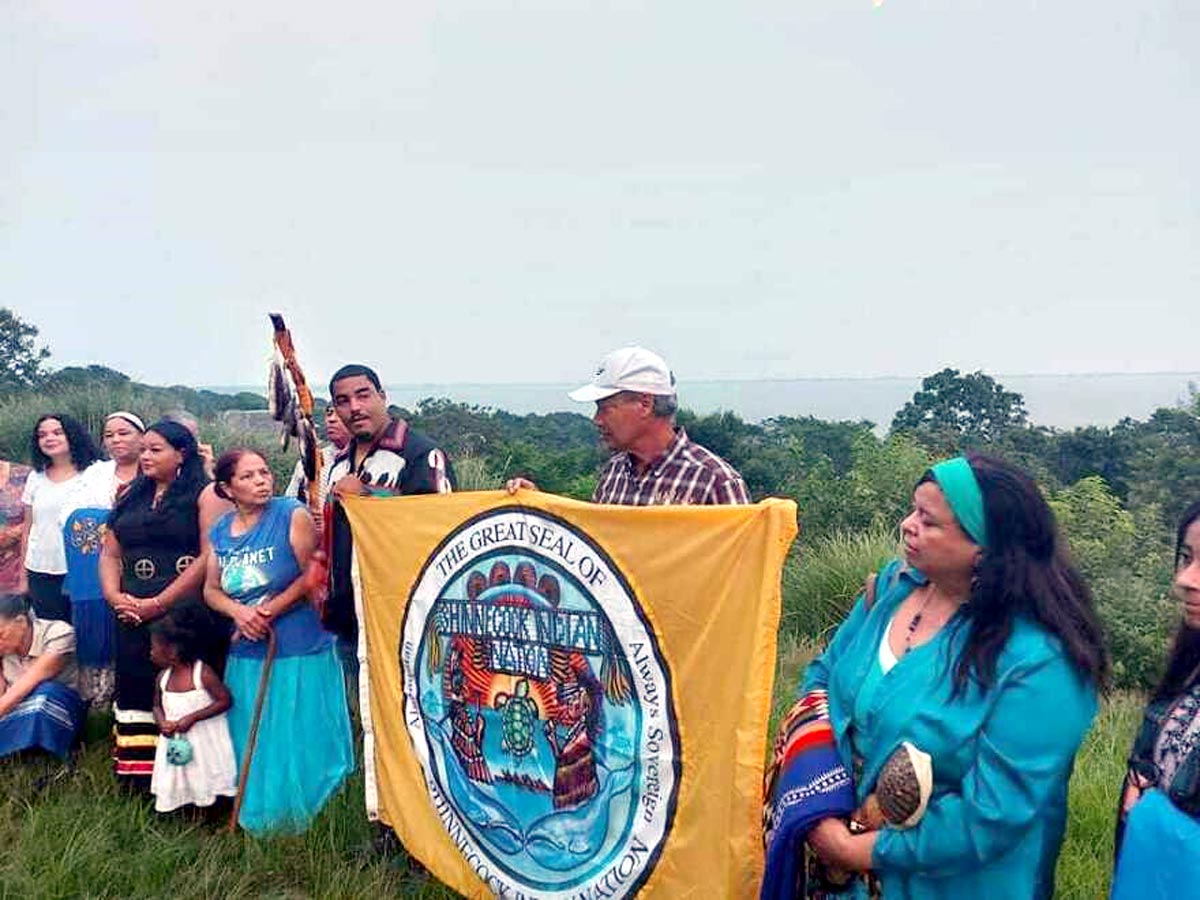 Shinnecock’s Tele Troge, center, and Shane Weeks, far left, are leaders of the quest to honor their ancestors buried on Long Island. Last week, The Shinnecock Graves Protection Society celebrated the completed deal between the town of Southampton and the Peconic Land Trust that allows them to reclaim ancestral burial grounds, as more graves are found. Photo Courtesy Tecumseh Ceaser

By Natalie Discenza
for WSHU/NPR
The Shinnecock Indian Nation might have discovered more ancestral graves underneath a mansion that the tribe reclaimed from Southampton last year after demolition started earlier this month.

The tribe has been fighting for their land back for decades. This property, known as Sugar Loaf Hill, is believed to be a sacred ancestral burial ground.

Tela Troge, a Shinnecock and an Indigenous sovereignty attorney, said the tribe brought in a ground penetrating radar team to capture images below and surrounding the mansion.
“Before we started the demo of the mansion, we did GPR around like the ground, and we found some remains,” Troge said. “But once the house was actually down, and we could get the equipment in to find out what was underneath the home, we found that, you know, there could be around 10,000 or more burials on the site.”