Reflections: To Native Americans: Nothing Happy About that First Thanksgiving
Advertisement 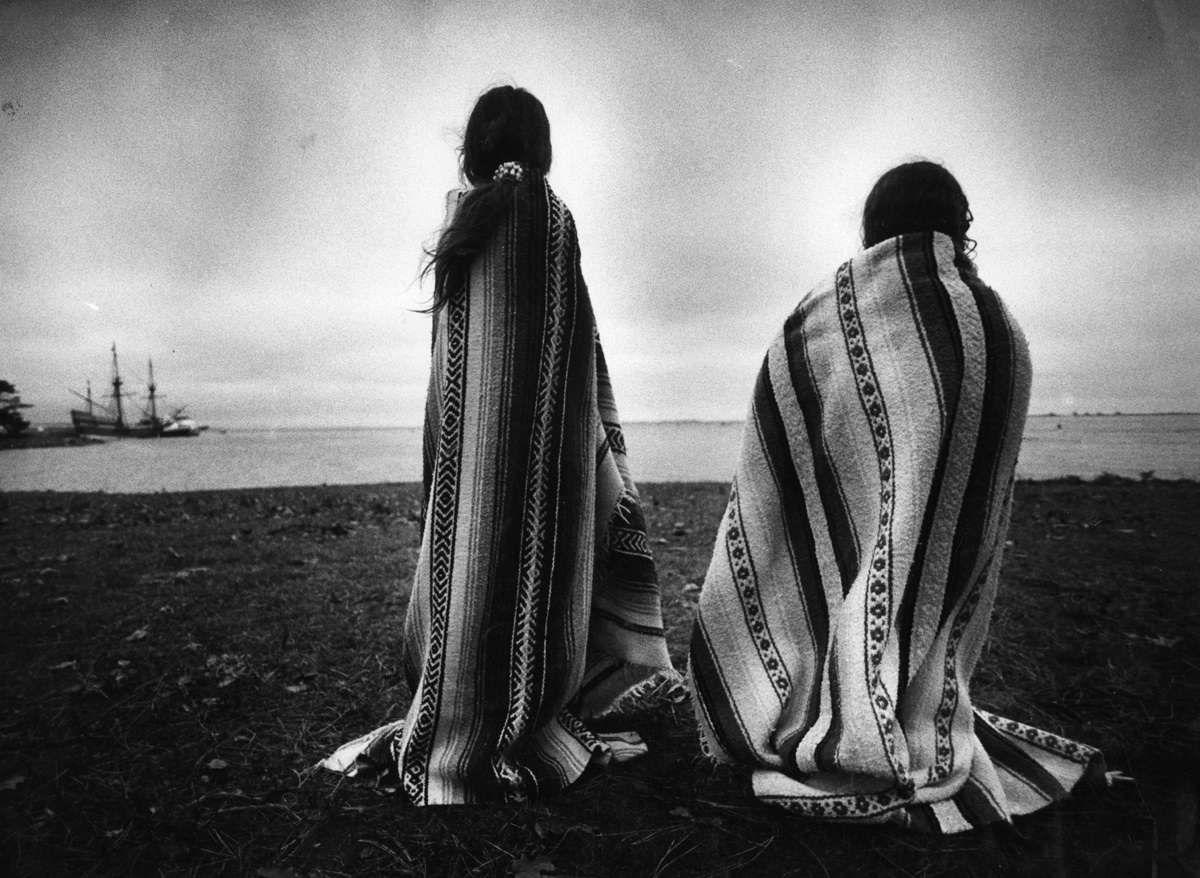 Thanksgiving is coming up and I am going to do the best I can to not burst anyone’s bubble about the massacre of Native Americans on this day of family, friends, and football.
Nobody wants to hear about the “Day of Mourning,” as the Wampanoags call it.
We want to perpetuate the lie that the Native Americans helped the Pilgrims and together they had a Thanksgiving feast. We want the Disney version of the holiday for our children to believe.

All around the country people are sitting at a beautiful table and one by one each says something for which they are grateful. How many say they are grateful to the 600 Native Americans who were killed so that they could enjoy the cranberry sauce today?
I realize that not one of us feels guilty about the past and not one of us is going to do anything about it so that all my railing just becomes a downer to people who want to feel good.
It is true that the Wampanoags had a feast called Nikkomosachmiawene or Grand Sachem’s Council Feast. It is true that the Wampanoags are known for their hospitality and generosity. It is true that Massasoit brought 90 Wampanoag men, five deer, fish and cooks to this feast which has evolved into Thanksgiving Day in 1621; that it was a gesture to help the Pilgrims who did not know about farming or the preservation of food. But that is not the Thanksgiving which we celebrate today.

The149 English faux “Pilgrims” were not really Pilgrims who, we were told, were seeking religious refuge; they had refuge in Holland, they didn’t need to come here. They were Europeans seeking a commercial venue. That’s right, they were looking for a place to make money or steal it and steal it, they did. Before they even hit Plymouth Rock in 1620, they had already started stealing. They started off with robbing Wampanoag graves at Corn Hill, then they stole their winter provisions. They took whatever they needed by any means necessary.
One year later, Governor William Bradford of Plymouth, Massachusetts proclaimed a day of thanksgiving. He didn’t quite see the value of the Wampanoags who had saved their behinds just one winter ago. He was grateful to his brave and murderous “Pilgrims” who, through their own resourcefulness and devotion to God, had defeated hunger.
That is classic “Euro think”. Like saying that America wasn’t discovered until 1492. It only counts once the Europeans are there.

Truth be told, Bradford did claim that Native Americans were present. He didn’t say in what capacity. Certainly not as dinner guests. The Pilgrims showed their gratitude by calling the people who saved their lives “infidels…inferiors” worthy only of being servants.
Soon, Bradford sent troops of these “Pilgrims” to raid a Pequot village. Bradford felt it was his obligation as a devout Christian to destroy the heathens. His Pilgrims systematically destroyed a village of sleeping men, women, and children.

Bradford wrote:
It was a fearful sight to see them frying in the fire and the streams of blood quenching the same and horrible was the stink and stench thereof. But the victory seemed a sweet sacrifice and they [the Pilgrim militia] gave praise thereof to God.
Years later Pilgrim Reverend Increase Mather asked his congregation to celebrate the “victory” and thank God “that on this day we have sent six hundred heathen souls to hell.” This is an exact quote from a man of God.

I don’t know how they handle this in history textbooks in schools today, but the 1993 edition of the Columbia Encyclopedia [p. 351] states of Bradford, “He maintained friendly relations with the Native Americans.” The scholarly Dictionary of American History [p. 77] said, “He was a firm, determined man and an excellent leader; kept relations with the Indians on friendly terms; tolerant toward newcomers and new religions….”
Sixteen years later, in 1637, John Winthrop, the Governor of Massachusetts, proclaimed the official “Day of Thanksgiving”. This is the Thanksgiving for which we have the parades today. He did not proclaim it to reflect on the fact that the natives had saved the lives of the Europeans; he did it to celebrate the safe return of European men who had massacred those 600 Pequots who had converted to Christianity and laid down their weapons. No sooner did they lay those weapons down, than the army slaughtered the sleeping men, women, and children. I can understand why nobody wants to hear this kind of information on a paid holiday.

It was President Lincoln who made it a national holiday (paid time off) because enthusiasm for the war was wearing thin and he thought this holiday might engender patriotism among the northerners.
President George Bush did the same thing. In 2003, he flew to Baghdad, Iraq to give thanks with the American troops in order to engender patriotism among Americans. It was a Public Relations ploy to convince the American people to support his invasion which was based on lies. This was before the internet was big. Every photographer with a telescopic lens shot him carrying a glazed turkey to eagerly awaiting soldiers. Well, the man left within three hours and all we, at home, saw was his brave act of gracious sharing on every TV station in the land. What we did not see was that the turkey was a cardboard prop thrown in the garbage as soon as his flight took off!!!

I try to be a cheerful person; I don’t want to be the doomsday person who goes around bursting balloons. I, too, want to list the things for which I am grateful, but gee wilerkers, do I have to participate in the lie?

So, this year, I promise to keep my big mouth shut. After all, I’m a sweet little old lady who lives alone, I don’t want to have a frozen turkey dinner in front of a TV set.
Thanksgiving Day is another celebration of the “right to kill” beliefs of Europeans to hide their systematic system of enslavement and genocide based on their thoughts that their culture is superior. It has rationalized the killings of millions of Native Americans for the last 400 years with nary an apology.

But you didn’t hear that from me. I’m keeping my big mouth shut.