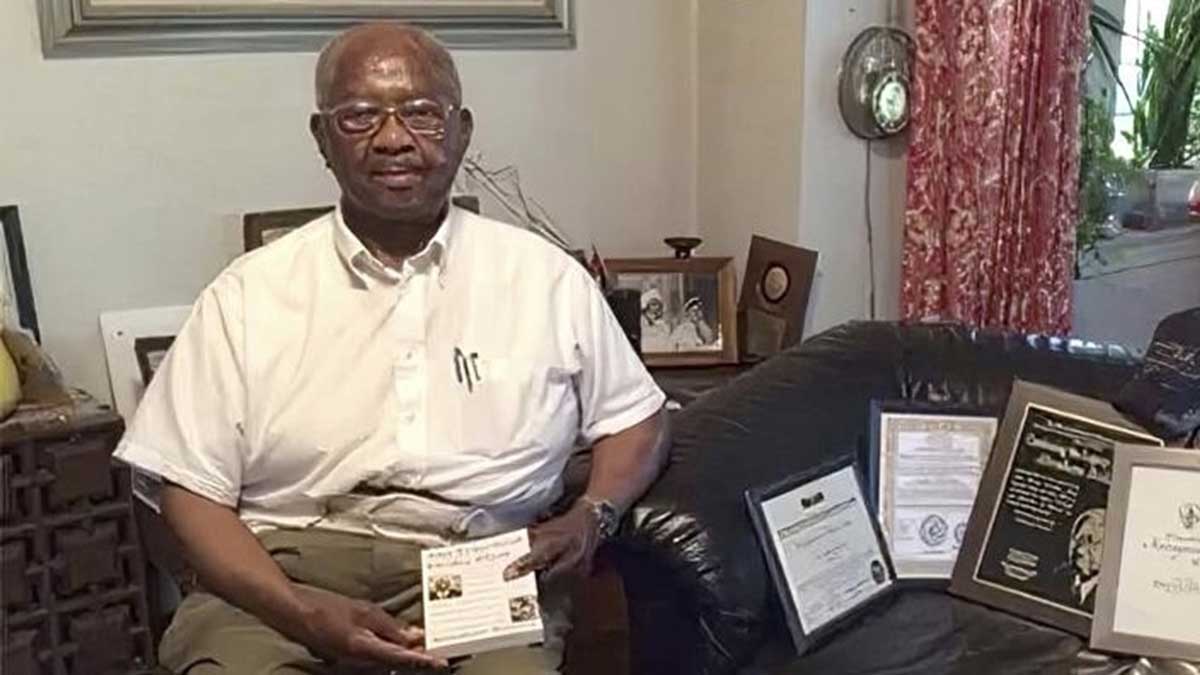 TheGrio Staff
www.thegrio.com
In 1961, Abraham Bolden became the very first Black Secret Service agent to serve on a White House detail. Within months, after witnessing laxity by other colleagues assigned to President John F. Kennedy, Bolden spoke out — then faced retaliation in the form of an accusation of “offenses related to attempting to sell a copy of a Secret Service file.”

The groundbreaker faced federal charges and was ultimately tried twice and convicted — before key prosecution witnesses admitted that they lied in their testimony at the official’s request — and he ultimately served several years in federal prison.

However, according to The Chicago Sun-Times, Bolden, atop the roster of those pardoned this week by President Joe Biden, has always said he was innocent.

The Sun-Times writes that the Chicago man “has steadfastly maintained his innocence, arguing that he was targeted for prosecution in retaliation for exposing unprofessional and racist behavior within the U.S. Secret Service.”

Bolden aimed to clear his name by seeking the support of three presidents: Richard Nixon, Bill Clinton and Barack Obama, but it was Biden who finally pardoned the 87-year-old man.

“When my attorney called me on Monday night and said Biden was going to grant me a pardon, I was elated,” Bolden told The Sun-Times. “It was so long coming. I’m overwhelmed.”
“It’s been nearly 60 years,” he said. “I thought it would happen. I knew God was in the plan all along because I had faith that justice would be served. If it weren’t served here, it would be served eventually. I would see it. That’s faith.”

According to the report, Biden pardoned three people this week and commuted the sentences of 75 others serving long prison terms for nonviolent drug offenses, inmates who would have been eligible for shorter sentences under current guidelines.

Bolden’s son, Dr. Daaim Shabazz, an associate professor of global business at Florida A&M University, said his father was able to carve out a good life for his family despite his ordeal, sustaining a marriage for 49 years and raising three children.

Two of those children and Bolden’s wife have passed away, said Shabazz, adding that “They certainly would have been proud that his name was cleared.”
Shabazz was only 2 years old when his dad was imprisoned.

“I want people to know his story,” said Shabazz, “what he endured, what he went through, what he struggled to do, and how he maintained his dignity and stood on the truth until the end. If he was not pardoned, the lessons are still great lessons to learn.”