Where There is Smoke…
Advertisement 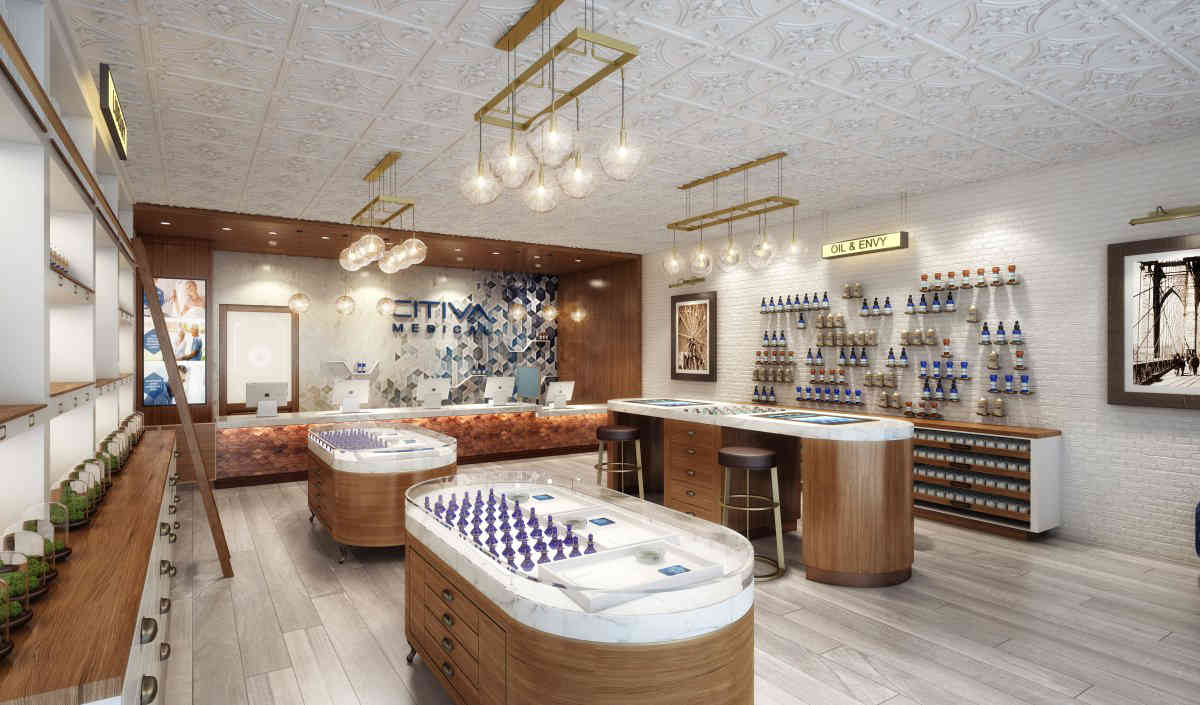 When I was younger Brooklyn used to have weed spots, actual storefronts that sold weed. Some of these “spots” were running businesses that happened to sell weed, but then you always had a few storefronts that you knew as soon as you walked in that they don’t sell anything else but ganja. They’d have expired cereal on the shelves, or nothing at all on the shelves. The whole store would smell like Egyptian Musk, masking the smell of the ganja. The counter would have a bulletproof partition, the person working on the other side of it always seeming to be more suspicious of you than you were of him. This was the normal trappings of a weed spot in the late 80’s and early 90’s. And they were all over the borough. You name a neighborhood and I could tell you about a weed spot there. The Strong Man spot on Franklin. The Record Store on Nostrand and Dean. The Tony Rebel spot on Putnam. The Bumba Red spot on Albany and Atlantic. These weren’t the actual business names, but in the smoke community these nicknames identified the businesses that sold weed.

Redevelopment and gentrification killed the traditional weed spot as Giuliani’s police force worked tirelessly to apply pressure to the businesses caught in the ganja trade. The worst thing to see as a young weed connoisseur was your favorite spot with the gates shuttered and padlocked, and that luminous orange sticker across the gates signifying that the business had been seized and shutdown. In the 90’s, this was happening every week. Weed spots became obsolete as landlords fought to bring in new businesses that would pay better rents to service a community influx. Weed spots became coffee shops, takeout spots and pet stores. Dealers moved away from brick and mortar spots and began to sell from their apartments or on delivery, which was a safer albeit more strenuous way to connect with the customer. In the post-9/11 city, weed spots became like the dinosaur; extinct and never seen in the flesh by any of the new community.

And so it was for the next decade and a half. That is until this past week. As marijuana laws are weakening and becoming legal in multiple states, New York City looks to be next in line to legalize the weed. This past week, right on Flatbush Avenue, a stone’s throw from the Barclays Center, the first legal dispensary in Brooklyn has opened. Citiva is a 2,000-square-foot space whose decor pays homage to old Brooklyn, but the business and its presence in the neighborhood definitely represents the next chapter in the growth and development of Kings County. Adhering to the current laws, Citiva has none of its products on display. They work similar to a pharmacy, where those who have been given the green light to use medical marijuana can come to the store, speak with a pharmacist and be prescribed a strain or a product that they want. But with legalization on the near horizon, Citiva is set to become the premier dispensary in Downtown Brooklyn, a legal full-service weed spot.

Colorado was the first state to legalize marijuana, doing so in January of 2014. In 2017, the state reported $247 million dollars in taxes, fees and licensing revenue as a result of legalized weed. That kind of income has opened up the conversation nationwide as venture capitalists and state officials alike see the opportunity to make a whole lot of money. Meanwhile, the ganja dealers, many of them Black or Brown men and women who have actually been making and maintaining the same weed market that businessmen now view as a cash cow, are being shaded out of this brave, new weed industry. According to the Department of Health website, the DOH began accepting registrations for a dispensary license in April of 2015. In order to complete a registration form for a license, the prospective licensee must remit an application fee of $10,000, as well as a registration fee of $200,000 that is to be refunded if the prospect is not offered a license. These kinds of figures lock out most of the traditional weed dealers from getting a piece of the new marijuana industry. For comparison, the registration fee for a dispensary license in Oregon is $4,000. It would seem that New York State is as hell-bent on eradicating the old ganja dealer as gentrifiers are with destroying the remnants of old Brooklyn.

My good friend Kevin Ambrose owns Gumsoul Apparel, a T-shirt and sportswear company. A couple of summers ago, he put out a T-shirt that read, “Your local coffee shop was once a weed spot.” The T-shirt was a big hit in New York City because it spoke simply and poignantly to the changes we of the old guard have witnessed over time. But with the opening of Citiva introducing the rebirth of the weed spot in the form a dispensary, Kevin may want to remix the old shirt to read, “Your local weed spot was once a coffee shop, that was once a weed shop.”

The Perils of Popularity Politics

How to Survive. Where are Our Boundaries?