Some Folk That Keep Our Children Safe
Advertisement 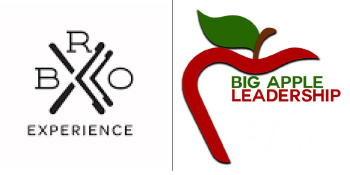 One summer night in 1988, I and some friends from the block were hanging out on the stoop. It was a hot and humid night, the kind of 80’s summer night where gunshots would echo through tenement buildings while the johnny pump running on your block all day long would turn the water in your apartment brown. Snapple, the Iced Tea brand, had just come out, and everybody was drinking them. The Snapple bottles sold now are pretty much all plastic, but back then, the bottles were glass. I don’t remember how the conversation started, but a challenge was offered at some point on that stoop. The challenge was to see who could chuck a Snapple bottle at a moving cab and get it into an open window. There were rules. It had to be a cab, and the bottle could go through the open window.

I remember looking at this challenge as a test of accuracy. As silly as it sounds today, my 13-year-old mind didn’t think about the danger of throwing bottles into the open windows of moving vehicles. For context, the kids I grew up with on Pacific Street would challenge one another at any and everything. We would pitch quarters. We would jump garbage cans with our bikes. So, as toxic as it sounds, this challenge wasn’t out of the ordinary. It was a hot summer night. There was nothing at all for us to do productively. And we all had empty Snapple bottles. Why not use them?

The entire group walked to the corner of New York Avenue and Pacific Street, each with an empty Snapple bottle in our hands. Cars were moving down New York Avenue towards Atlantic Avenue. Many of the cars’ windows were up because they had their air conditioners on. But, after every few cars, there was a couple with all their windows down. After a couple of minutes, a cab rolled through. He had all of his windows down. Without warning, three of us tossed our bottles at the cab. One of my friends, his bottle, went through the back window and crashed against the driver’s headrest. My bottle missed the driver’s side window, hitting the door beneath. But, one bottle did go through the driver’s side window, crashing against the driver’s face. It all happened so fast. The drivers screamed out and stopped wildly in the middle of the street. I remember how we ran off that corner, charging deep into the middle of the block, each of us branching off into different buildings. I ran into the building I lived in; I ran up three flights of stairs and then stood there stock-still so that I could hear if someone else came into the building.

Eventually, curiosity got the better of me, and I crept back down the stairs to return outside. Before I could get through both doors, a neighbor of mine entered the vestibule. She noticed me trying to go outside and put her hand out. She said she didn’t want me to go outside because something had happened on the corner, and she didn’t want me involved in any of it because I was a “good kid.”
I went upstairs and into my apartment, terrified and quite confused about this old lady telling me I was a good kid.
I tell you that story to highlight two organizations in our community that consistently ensure that our young children are actively engaged, knowing firsthand that an idle mind is truly the devil’s workshop.

The mission of the B.R.O. experience is to build better humans by teaching and encouraging participants to be community change agents who are authentic, brave, and connected. The B.R.O. Experience stands for Brothers Redefining Opportunity, and the work done with the young men who commit to the program is transformative. The Founder of The B.R.O. experience is Barry Cooper, a lifelong educator who has spent more than a decade supporting young men of color who find themselves in challenging circumstances. The B.R.O. experience recently moved into the Brooklyn Commons space in Bed Stuy. The organization offers weekly programming for young men and a summer camp.

The mission of Big Apple Leadership Academy for the Arts, Inc. is to make a positive difference in the lives of New York City youth by providing musical, visual, and enrichment experiences, assisting them in achieving their potential as they develop confidence, cooperation, leadership, responsibility and high standards of excellence and character. The organization has mentorship initiatives for girls and boys and an entire marching band called The Empire Marching Elite (TEME). Without question, TEME is the BEST marching band in the borough. Executive Director Jada John has committed to bringing activities and options into the most underserved communities.

If you live in Central Brooklyn and want to bring a child into either program to keep them engaged, the information for each will be provided below. Believe me when I tell you that every child needs to be confronted with ideas and environments that will challenge them and expand their thinking. Even good kids can get led astray. Believe me.