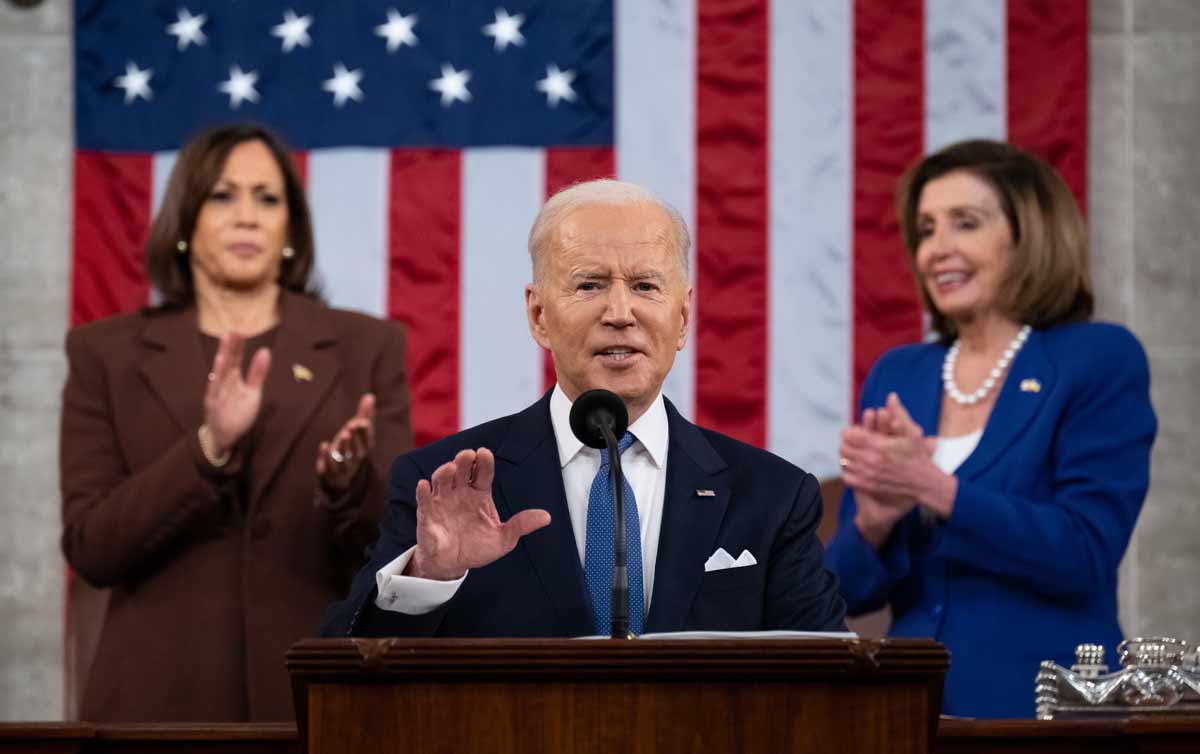 Venezuela Can Bring Putin to his Knees

I’m sure Putin is laughing when he hears Biden list his new so-called “sanctions” which are as serious as canceling Putin‘s Walmart discount card.
It’s about the oil, Mr. Biden. The price of oil. The more Ukrainians Putin kills, the higher the price of oil.

Right now, Russian tanks have pushed the price of oil past $100 a barrel. That’s a windfall worth an additional half a billion dollars a day to Russia’s treasury. With 43% of Russia’s entire federal budget coming from oil and gas royalties, Putin doesn’t care if his oligarchs are barred from getting tickets to see Hamilton.

The doubling of energy prices over the next year would bring Putin a quarter trillion dollar windfall.
Want to stop Putin‘s tanks?
Turn off his war windfall.

How? Unleash the largest reserve of oil on the planet:  Lift the cruel, crazy, unjustified embargo of Venezuela.
Venezuela is capable of pumping 2 million barrels of oil a day for export.  If Biden announces an end to the embargo, the price of oil will nosedive in 20 minutes.  However, the US and Europe have laid siege to Venezuela, stopping everything from food to supplies of parts to get its oil industry back up and running.

Stop choking Venezuela’s economy and starving the Venezuelan people, who are no enemies of America, who invaded no one, and the price of oil will collapse.

The Biden administration continues to prosecute Donald Trump‘s mad embargo of Venezuela.  The embargo was triggered by Venezuela‘s insistence on taking back control of its oil industry—and, Heaven forbid, taxing Exxon.

The excuse I hear from Republicans and Democrats alike is that Venezuela is not a democratic state. As opposed to Saudi Arabia, Kazakhstan, Qatar and Russia? It’s fascinating to me that European Union blockades oil from Venezuela but continues to take oil from Russia.

We are paying the price of Trump‘s policy, now Biden’s, at the pump and Ukrainians are paying in Odessa.

When I was a BBC reporter covering Venezuela, I got to know its people and their presidents, including Hugo Chavez and Nicolas Maduro, as well as the opposition. Maybe Biden doesn’t like Maduro, and Exxon and BP certainly do not like Maduro, but he is the elected president. And I can tell you that while Maduro is not popular anymore because of the suffering imposed by the embargo, he was democratically elected.

And that’s more than can be said for the so-called “President“  that the US and Europe have recognized, Juan Guaido, who never even ran for president. Guaido is a rich white guy who has lived in Washington for years. The Venezuelan people, whatever they feel about Maduro, are not going to go back to white “Spaniard“ control of their mestizo nation.

And if Putin doesn’t like that deal, we still recognize Venezuela, and unleash their oil, without doubt the greatest weapon on this battlefield.

Yes, the Germans have agreed (for this week at least) to cancel Nord Stream 2, the new gas pipeline from Russia.  But that’s one more cruel joke in which the Ukrainians are the punchline, ignoring Nord Stream 1. Germany continues to take Russian oil and Nord Stream gas, sending Putin nearly $1 billion a day.  This is the commercial equivalent of the Hitler-Stalin pact.
The US and UK governments have seized Venezuela’s oil revenues (and even its gold reserves), leaving its people to starve.  Yet, we are not holding back payments to Putin.

The fact that Germany has, by reports, vetoed banning Russia from the SWIFT international payments system is a clear indication that German industrialists are more than happy to send cash to Putin as long as the carbon keeps coming.

End the strangulation of Venezuela and tankers full of LNG (Liquid Natural Gas) from the South American nation could cut Putin’s pipeline noose from around Europe’s neck.

So there’s your choice, President Biden: Is maintaining Trump’s embargo of Venezuela so important that you will continue to let Germany fund this invasion?

The Pride of Generations