Thinker’s Notebook: The Dark Side of Your Phone
Advertisement 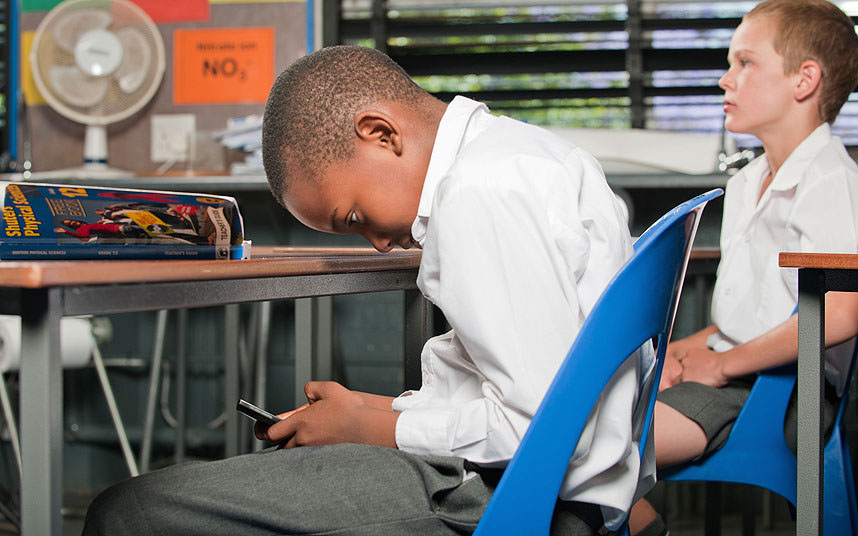 The common convenience of passing off a phone to a young child so that they can watch their favorite cartoons could, in fact, be akin to offering a gateway drug that will send that child into a downward spiral mentally.

Tekashi69 was recently indicted in a federal racketeering case and is currently being held without bail, pending trial.

Most of you have no idea what I’m talking about. Allow me to explain.

Daniel Hernandez is a 22-year-old kid from Bushwick. He is a rapper who goes by the name Tekashi69. Eighteen months ago, he was but a mere local act trying to find his way into the industry. Tekashi used social media to format his brand: Facebook, IG, Twitter and Snapchat with YouTube as well. Tekashi affiliated himself to the Bloods gang and made gangsta music which glorified violence and gang life. Without the support of a major record label, Tekashi used social media to fuel his brand’s visibility. His social media acceptance, driven by the attention given to his persona and music, intensified Tekashi’s interaction with his public through social media. Pretty soon, Tekashi was using social media to express all kinds of things to the public. He trolled other artists and used the format to usurp fans and attention away from them. He started beefs via social media for the attention. He also posted footage of gang activity and even some alleged criminal acts. For example, he once posted a video where he announced that he was putting $30,000 up for someone to harm a rival rapper. His following on Instagram alone skyrocketed to 11 million followers. But it wasn’t all fans watching. Federal agents also were watching Tekashi, and when it was time, his own posts led, in part, to his arrest and indictment.

Why am I telling you this? Well, you probably have never heard of Tekashi, but your children most likely have. A nonprofit group, Common Sense Media, reports that kids 8-12 are spending an average of six hours a day on social media sites. That’s one-quarter of the day spent on social media. That includes streaming videos, chat forums, video games and apps like Snapchat and Instagram where they would have a front-row seat to Tekashi’s alleged criminality.

What is an 8-year-old doing on social media for six hours a day? What are they watching? What is holding their attention? Furthermore, are you as a parent paying attention to any of this?

In this era of technology, where the digital space has become as relevant as real time, our children view the Internet and social media as an extension of reality. Life transactions happen via the Internet. Information, news, friendships and relationships all now have distinct digital components to them. And, quite honestly, it’s all becoming too much. Anxiety, depression, insecurities based on the addiction to likes and follows, these ills are affecting our youth as a result of their time spent living inside of the phone screen. But advertisers and corporations have no problem vying for the attention of children because their attention leads to commerce, as in the case of Tekashi, who accumulated millions in revenue simply by cultivating a persona through social media.

While we battle with how much screen time our children should have, the very people who design the phones and computers that captivate our lives have already made a decision on how their children will interact with the technology. Two recent New York Times articles make it clear that workers in the Silicon Valley don’t want their children anywhere near phones or the Internet. They’ve already concluded that the risk for addiction outweighs whatever learning benefits are assumed, and some of them have even gone as far as to hire “Silicon Valley Nannies” whose sole job it is to make sure that the children don’t have any screen time at all.

We live in precarious times indeed. A tool that can be used to make our lives easier and more efficient can also endanger our minds and cause anxiety and depression. The common convenience of passing off a phone to a young child so that they can watch their favorite cartoons could, in fact, be akin to offering a gateway drug that will send that child into a downward spiral mentally. My grandmother used to say, “Everything good ain’t good for you.” I guarantee: you she would’ve thought twice about putting her picture up on some computer so that other people she didn’t know could see it.

Maybe we should think twice, too.

Give Thanks and Remember