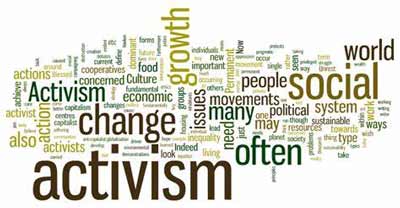 In the 2008 Presidential Election, Barack Obama received 69,498,516 votes on his way to becoming the 44th President of the United States. At the time, that figure represented the most votes ever tallied for a candidate in the history of the voting process. Obama’s campaign was book-ended by community organizing. It was the foundation of grassroots interactions, text banking, phone banking and a campaign to get out the vote supported by celebrities, elected officials and community organizations alike that led to the highest turnout for a Presidential election ever. No doubt the opportunity to elect a Black man to the highest office in the land can also be identified as a catalyst in such a turnout, but the Obama campaign proved that community organizing and consistent messaging could and would work to get people to the polls.
A little over 129 million people voted in 2008. In the 2016 election that pitted Hilary Clinton versus Donald Trump, there were over 1 million less people that voted. Admittedly, there was apathy at the organizing level in 2016 to fight against a Trump presidency. Maybe, we didn’t believe he could win. Maybe, we were skeptical about Hilary. Maybe, the media played a role in all of it.
Whatever the reason, Trump emerged victorious.
Over the last four years we all have watched as our nation has become an embarrassment, the virtual laughingstock of the world. Abroad, Trump has been arrogant and obnoxious, aligning himself with dictators and mad men while ostracizing our allies. At home, Trump’s narrative on race has empowered the fundamental white supremacy that has always been the poison resting at the root of America. The most wicked America returned. Bias crimes were up. Cops killing Blacks were up. From White supremacist militias all the way down to the Karens of the nation, the ignorant armed themselves with the armor of racism and set out to eradicate the lines of tolerance that the good people of this Country have been nurturing for a generation.
And then, in 2018 during the midterm elections we all watched as Georgia was stolen from Stacey Abrams. Brian Kemp used voter suppression to steal that election. He used purging voter rolls, and holding registrations forms, and even closing polling sites. This was Trump’s America, an America willing to subjugate any and every person of color in order to reset America back 100 years. Make America Great Again would mean a return to the worst. Stacey Abrams didn’t fold though. She proclaimed that the election was stolen and that she would do something about it. We heard her. And, we believed.
And then came 2020. And, Covid. During a Census year.
Really, this thing began taking shape after those 2018 elections. Community organizers and stakeholders knew full well that in order to remove Trump in 2020 it would take everyone working to get out the vote. They knew the failures of 2016. They saw the scandal of 2018. They knew the potential of another 2008. And no one would underestimate Trump and his messaging this time around. The Trump term reminded us all that we had to take the fight for change into our own hands. No one was exempt. The Census worked like a super conduit. Organizations across the Country had funding and partnerships to get the word out about being counted. The conversation about being counted for Census though is just an extension of the conversation about having your vote be counted. They both speak to the need to be active civically.
Civic Action. That was the framework of the summer of 2020. As we sat under quarantine, watching on television as Trump’s America spiraled quickly downhill, watching hundreds of thousands of Americans dying of Covid, seeing the seething hatred of racism pushing to the front of the screen, watching a racist cop kill George Floyd with a knee to his neck and his hands in his pockets, all of us felt the shock of it all. All of us felt the rage. And in those moments there was a decision made. We would be heard. Young kids protested at rates not seen in this city since the Yusef Hawkins murder. Organizations across the city worked to be as vocal as possible about the climate we were living in. The word was BE COUNTED. The word was BLACK LIVES MATTER. The word was VOTE.
Meanwhile, back in Georgia, Stacey Abrams was making good on her promise to make right the things that were wrong in that State. She was driving civic action down there, doing exactly what she said she would. In 2016, 3.9 million residents of Georgia voted in the Presidential Election. In 2020, more than 4.9 million residents of Georgia have voted in the Presidential Election, and the numbers are still coming in. That’s all Stacey Abrams right there.
The stakes were higher than they’ve ever been. And, every community organizer heeded the call. The protests. The voter registration tables. The rallies. The social media work. The support for parents and students. The Caravans. The Pizza for voters. The van pickups for elderly voters. The encouragement from the most unique voices. This was election season 2020, an amalgam of desire, passion, and desperation fueled by the stark reality of our present and the proof of the past that said to us in 2008 Yes We Can.
President Elect Joe Biden currently stands at 79,513,695 votes (as of yesterday). That’s almost 6 million more votes than Obama received in 2008. It is by far the most votes a Presidential candidate has ever received, and every man, woman and child that did anything to add to that number, whether you signed up 20 new voters or you watched your little brother while mommy went to vote, every one of you deserves a THANK YOU. We proved in this election that our voice matters. We proved that when we work together locally, whether it was the Brooklyn NAACP in Brooklyn, or Action Wellness in Philly, or Stacey Abrams in Georgia – we can change the direction of this entire Country.
Celebrate this accomplishment. Because, we did that!