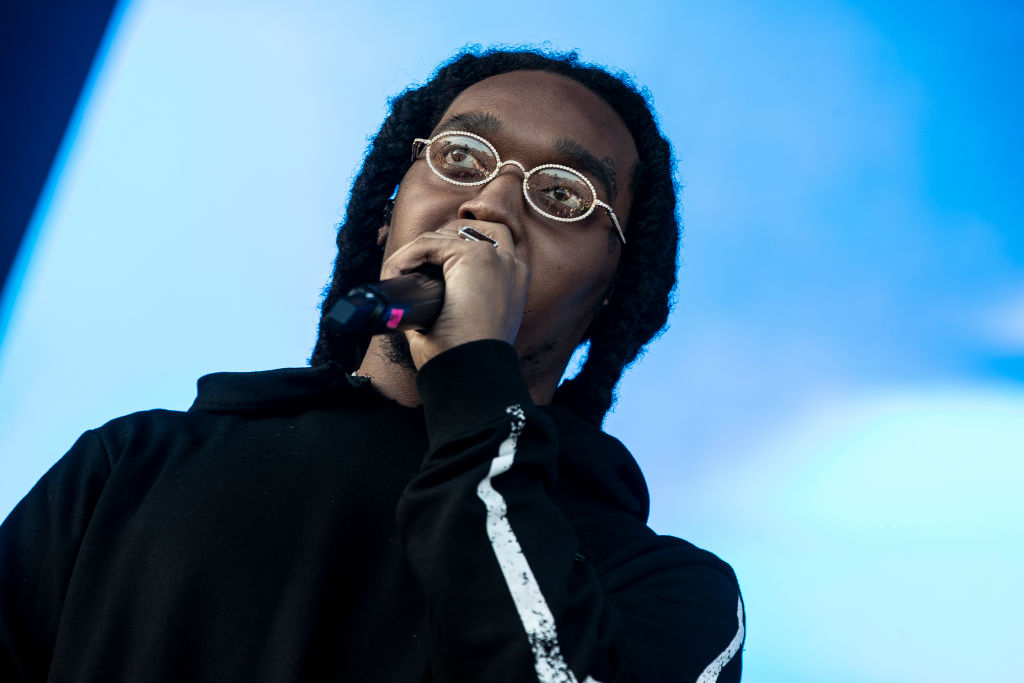 by Marlon Rice
On November 1st, rapper Takeoff from the group The Migos was shot and killed outside a bowling alley in Houston, Texas. Initial reports suggest that an argument stemming from a dice game may have been the spark that caused the violence that led to his death. As with any social event in this new age of likes and comments, multiple cell phones filmed the incident and the shooting. People posted about being there. People posted about seeing the incident. But, when one particular partygoer who admitted to seeing the whole thing was asked who did the shooting, her response was;
“It isn’t my job to do police work. Let the police figure it out themselves….”
According to a 2015 article in the Washington Post, a Professor of Psychology at the University of Sydney in Australia studied the relationship between music genres and musicians’ life expectancy. She found that of all of the Hip-Hop artists that have ever died, 51.5% of them were killed. Murder accounted for just 6% of her total sample of musicians, but it accounted for 51.5% of Hip Hop musicians. Since 2018, 22 rappers have been murdered.

When I was kid, one of my favorite Hip Hop artists was Big Daddy Kane. He put out a song in 1988 called Ain’t No Half Steppin. It was braggadocious, intelligent, and cool. That was the nature of Hip Hop in the 80s; the music was a natural progression of the victories of the Civil Rights Movement juxtaposed with the revolution of the turntable from being a device that played records into an actual musical instrument. Where the Blues spoke of our struggles in woes, Hip Hop spoke of them in wins. Lyrics became a poignant method of messaging. If you threw the instrumental to Ain’t No Half Steppin on right now, I’d be able to recite all of the lyrics. The art form has the power to program children’s minds; I know that because I am an example of that.

As the genre developed, some artists began speaking more and more about the environments they came from, the street legends, and the urban tales to which anyone from an inner city can relate. Donald Goines was an urban icon when I grew up. He wrote the most terrifying and visceral stories about the ghetto. The stories were so beautifully put together, yet also so negative in their messaging, glorifying the death and deception of Black folk at the hands of another Black folk. Goines’ legacy is not unlike what many rap artists began to do with lyrics – painting beautiful pictures of horrible aspects of urban life. Tupac did that. Biggie did that. Jay-Z did that. The depiction of street culture in Hip Hop has long been heralded and acclaimed. Music is an important marker of culture. It’s there from the very beginning, defining the listener’s relationship to their world. And so, as the culture grew from generation to generation, we allowed our children to experience street culture through music, and street culture began to define their relationship to their world. It became one and the same. The prevailing Black cultural genre today is Hip Hop. If the prevailing cultural messaging of Hip Hop is street culture, then people who either cannot or will not understand the nuance will assume that street culture IS Black culture.

An excellent example of this can be found by looking at the Halftime Show of last February’s Super Bowl. The headline performer was Dr. Dre. During his performance, there were dozens of dancers on the field performing a choreographed version of Crip Walking. The Crip gang is one of the deadliest street gangs in American history. Nipsey Hustle was a rapper from California who was killed in front of a store he owned back in 2019. Nipsey was a Crip, and so was his killer. And yet, at the halftime show of the Super Bowl three years later, the same street gang was glorified and uplifted for the entire world to see through dance and performance.
The blurred lines that used to offer us the chance to defend rap lyrics as freedom of speech are gone now. Thirty years ago, when Reverend Calvin Butts championed our communities to pay closer attention to the lyrics of rap songs, many of us chided him as being too rigid in his concern for the genre.

Today, drill music is the prevalent form of the genre for our children. Drill music is heavy on drug use and killing, and we can see the results of this music in the lives of our youth. Rap artists are being murdered in the streets in the same manner as the lyrics of the music suggest. We must force ourselves to make the necessary changes to rid our culture of this street and gangsterism aesthetic before it goes any further. A line in the sand must be drawn now because street culture is NOT Black culture.