Impact of Dr. Albert Vann
in Brooklyn and Beyond
Advertisement 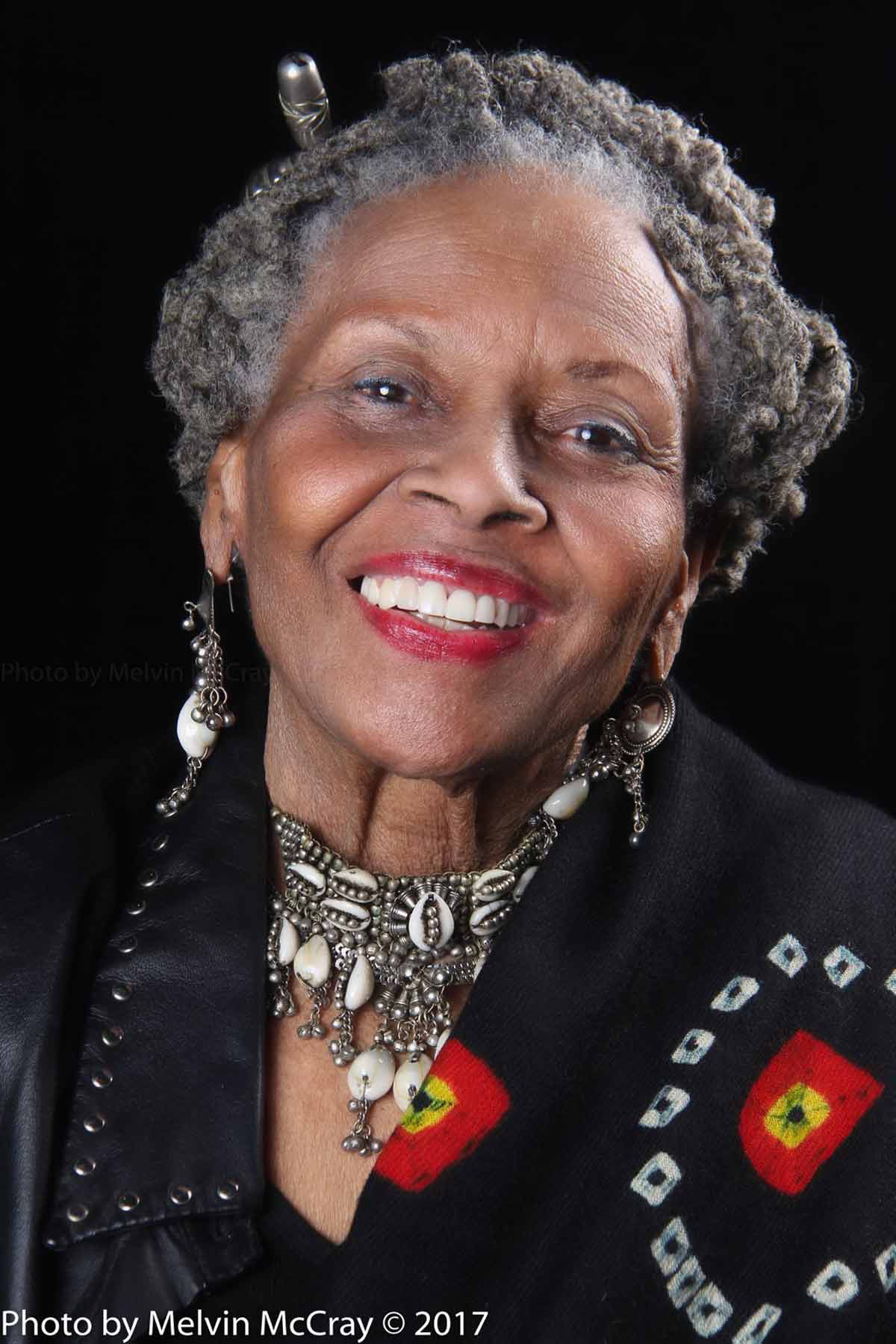 Our Time Press: You inspired Al Vann’s quest to fight for education equity for schoolchildren of color in Brooklyn and beyond. He often said that you were his role model. How would you describe Dr. Vann as a teacher, orator and advocate for children and families?

Dr. Adelaide L. Sanford: Al Vann knew how to use political power to bring about the kind of changes that were necessary in the system. Even before he was a New York State Assemblyperson, he monitored what was going on.
We were connected through with the educational system. His daughters were my students at P.S. 21. He was closely involved in their education process, and at the same time, he knew what was not being taught in the schools. He approached me about the vacancy on the New York State Board of Regents that was being created as Dr. Kenneth Clark was retiring. So, Dr. Vann invited me to Dr. Clark’s retirement party and Dr. Clark indicated to me during our conversation that he felt that he had not been successful as a regent because the children of African ancestry were no further advanced, and their classes were no more integrated than when he came to the position.
Even though I had no intention of being considered for the Board of Regents, when I heard this giant of a man express his dissatisfaction with what he was not able to accomplish, I thought maybe I could be helpful. I felt there was a need for our children to be represented, and I eventually decided to run. Al Vann was the quiet force behind my becoming a Regent.
(In 1986, Dr. Sanford became a Member-At-Large for the Board of Regents of the State of New York. She was re-elected for a second term in 1993, and again in 2000 for a five-year term. In 2001, Adelaide was elected as Vice Chancellor of the Board of Regents.)

OTP: At the time you met Dr. Clark through Mr. Vann, you were at Harvard. Were you teaching there?
Dr. Sanford: I was a visiting practitioner and a teaching fellow at The Principal’s Center at Harvard University’s Graduate School of Education. At that time, Harvard had never had an urban educator as a visiting practitioner. The school approached me about taking over the directorship of the program.

OTP: What were the values and character that Dr. Vann brought to his work?
Dr. Sanford: In terms of character, he had a strong and persuasive personality. And a clear vision.
Dr. Sanford: When he was in the State Assembly, he always had very well-prepared people on his staff, such as Letitia James, who was an attorney when she worked for him.
You can see his values activated in Tish James and what she is able to do now. In fact, it was Ms. James and Audrey Bynoe and Annette Robinson who walked me through the process of becoming a Regent.
Al Vann had the ability to be selective in choosing the people to work with and for him. That’s an unusual ability. Sometimes leaders get into key positions, but they stand alone because they do not have anyone to implement their plans.
But Mr. Vann had the ability to select very capable people.

OTP- Al Vann was called an historian, an orator, facilitator, visionary, leader’s leader and more. What character values, traits and learned habits did Dr. Vann bring to his many roles that should be remembered and passed on, or taught to the next generations? Why is it important that young men, in particular, emulate him?
Dr. Sanford: In order to emulate Al Vann, our young men must know who he is and what he represents — not just look at the outside. They must look at the hours of hard work; his strategic gifts—negotiating, delegation, staff selections. Emulation is something that happens because you admire a person like Al Vann, so first, you must try to help young people understand the process.
Sometimes, we admire people, but we are unable to figure out what propelled them to the position they enjoy.
Unless a chord is struck that says, “This is someone I want to listen to” and then you want to hear what someone like an Al Vann has to say, you may miss out.
People who do not carry themselves with pride and bearing that speaks to confidence, “I know what I’m doing,” most times lose out. They might have some very fine talents, but their appearance makes it difficult to hold the attention of people.
If you look at a person like Tish James, who worked with Al, you see someone who attracts attention and looks like she knows what they’re doing.
Al Vann had bearing, and he admired that trait in others. He was a striking figure– Tall with an athletic build, and he knew that in the public arena people see you very often before they even hear you.

OTP: You and Al Vann were instrumental in co-naming Fulton Street as Harriet Ross Tubman Avenue, March 10, 2005. You also are known for recognizing many students and teachers for their exemplary achievements. What other moments stand out as memorable highlights of your time with Dr. Vann?
Dr. Sanford: – Certainly increasing citywide awareness of Harriet Ross Tubman and creating the Harriet Tubman Street in Brooklyn was important. Many children did not learn about Harriet Tubman in school, so the event was an instrument that brought her life and history to their attention and everyone else’s. Walking along Fulton Street, people will look at Harriet Ross Tubman’s name and ask, “Who is she, what does this mean?”
Al Vann was also instrumental in the formation of the Adelaide Sanford Institute (ASI) in 2006. Prior to this, Vann, working with other politicians, brought together more than 1000 community leaders and residents for the Black Brooklyn Empowerment Convention. The overarching discussion concerned disparities in several areas of New York life for people of color, from education to quality of life.
Dr. Lester and Renee Young, who are educators, picked up his call and created the Adelaide Sanford Institute that is alive and thrives. ASI, under their guidance, has conducted remarkable work in education, its components and issues.
Mr. Vann was able to inspire people to listen to what he said and to take what he said seriously.

OTP: You also have spoken about the importance of Vann as a mentor who believed in passing knowledge to the next generations so that it would be carried forward. Do you have any thoughts on Vann’s mentoring?
Dr. Sanford: Al Vann knew that we must prepare the next generation for the future. If we don’t, then all the work that has been done is over. You prepare them so that they may pass culture, information, values, and history on to the next generations so they understand how to handle tasks, and navigate challenges they may come to face.
Al Vann looked to the past for direction to the future. He nurtured so many young people and he set an example for the world to follow. Without that, how can we move ahead on one leg, especially when we need two legs and sometimes a crutch?

OTP: What message to community leaders, inspired by Al Vann, would you like delivered through Our Time Press?
Dr. Sanford: My message to them is to understand that they are not immune to being responsible for what happens to our children. Whether they are in the Assembly or the Senate. Whether they are a minister, a doctor, a lawyer, they are responsible.
Even if they are not in a political or politically recognized leadership position,
Parents and teachers, alike, are leaders in children’s lives. We are all responsible because ALL people affect children of African ancestry.

OTP: How do you think Al Vann will be remembered?
Dr. Sanford: I hope Al Vann is remembered as a leader. In these times, it is very easy to forget. I hope he will be remembered, too, for his persona, his stature, his advocacy and his ability to care about his people; his ability to look at people and to see their talent and then to work with them in developing that talent.
Why would Al Vann consider placing me in Dr. Kenneth Clark’s position? Al Vann had the ability to look beyond what a person may have been doing at the time he met them.  He could see what they might be able to do if they were in a position that could advocate for our children.

(Dr. Adelaide L. Sanford, the nationally known scholar, activist, an orator, has been for more than 50 years, an advocate for African-centered education for students of African descent. She has been in the field of education for more than 35 years as an educator, education activist, principal, community organizer, and Vice Chancellor Emerita, Board of Regents University of the State of New York. She served on the Board of Regents of the University of the State of New York from 1986 to 2007.
Dr. Sanford is the founder of the Board of Education of People of African Ancestry and was instrumental in its development and growth. She has served on advisory committees for multicultural education for the National Associate of State Boards of Education. She has also served on the board of the Upper Manhattan Empowerment Zone. Dr. Sanford, and her late husband, Dr. Jay Sanford, were creators of the John Henrik Clark House in Harlem, and Elders House in Selma, Ala. She is the author of “From Enslavement to Belovedness for the Dignity of My People” published by Third World Press and she has hosted blogtalkradio.com’s “A Gift from the Elders to the Next Generation”.)

New York City and Beyond Mourn
the Passing of Dr. Albert Vann, “A Mighty Tree”