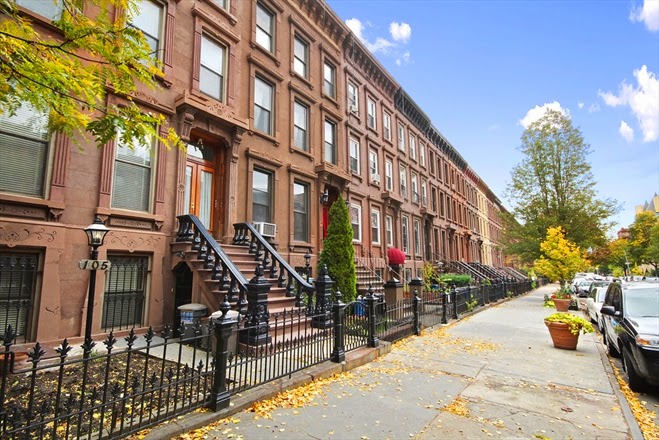 My work as a restaurant consultant places me right in the midst of a community’s social scene. My industry is all about relationships – between owners and staff, between staff and customers, between customers and customers. Visit any tavern or restaurant in your neighborhood, take a seat and look around you. The people sitting at the bar, or eating at a booth, they are your neighbors. They live in your neighborhood, or know someone who does, or they don’t live there but they enjoy your neighborhood enough to visit. As a lifelong resident of Brooklyn, I have watched the effects of gentrification. I’ve witnessed abandoned lots grow into new residential developments. I’ve seen weed spots raided by the cops, buildings confiscated due to RICO and renovated into burrito bars and Mr. Mango fruit markets. The Biggie mural on Quincy and Bedford and the beautiful mosaic likeness of Biggie that sits at the front of the Key Food on Fulton wasn’t always there. Biggie himself use to be there, posted on Fulton hanging out, way before he became a rap star and neighborhood icon.

There are many aspects of the redevelopment of Brooklyn that have been mind-blowing positives. As a kid, I never thought that there would come a time when I could walk down to Flatbush Avenue to watch the Nets play the Knicks. In the era of crack and murder, I never fathomed sidewalk cafes and organic coffee shops on Franklin Avenue. My father purchased the brownstone I grew up in for $30,000 in the late 70’s. I’m positive that he never thought the property would appreciate as it has. I am in favor of the improvements in our parks, the bike lanes, and even the muni-meters. The ideal of gentrification, at a surface level, is agreeable. Who would argue against community improvement?

I have a friend who is in the nightlife industry. We had a conversation recently where we discussed some of the changes taking place with our neighborhood pubs and taverns. We talked about two particular places that were forced to close their backyard spaces. Why? Because of neighborhood complaints. Too much noise, they said. The crowd was too rowdy, they said. One of the places relied on their backyard during the summer. The place is not at all a “rowdy” spot. I’ve watched World Cup games in that backyard and NBA Finals games. I’ve partied in that yard with Brooklyn artists and creatives such as Talib Kweli, Renee Neufville and April Walker. I’ve been there many a time, and I’ve never witnessed a fight or even a loud argument. So who? Who is making these claims about this place? My friend told me that the complaints were coming from the new luxury apartment building that recently opened on the same block. Apparently, a few of the tenants didn’t appreciate coming home late to crowds out front and so they colluded together to complain loud enough to make a change in the way the tavern handles their business. Anyone who knows about what restaurants and taverns go through in our city know that the “alphabet boys” are a big nemesis to business. The DOH, the SLA, the DOB and the IRS have brought down more businesses than anybody. As much as the restaurant community goes through, more often than not their main goal is to provide a satisfactory, safe and welcoming environment to the neighborhood. But what happens when the community wants to change your business model?

When a tenant moves into the Times Square area, do they lobby to have the businesses along 42nd Street cut their lights off at 2am because it’s too bright to sleep? If a tenant moves into the Bronx near Yankee Stadium, do they go to the Community Board demanding that the Yankees end their games by 8pm so that they don’t have to deal with the noise of fans pouring out of the place after 10pm? Part of the lure of this new Brooklyn to new tenants is our perfect combination of residential and commercial space. We enjoy being able to walk to our favorite hangout. We’d rather walk to Rustik than to take a train into Midtown just to guzzle some Stella. We cannot allow for the whims of some of our new neighbors to alter the scope of how we do things in Brooklyn. Colonization is defined as “the action or process of settling among and establishing control over the indigenous people of an area.” Gentrification is fine. Colonization is not. Old Brooklyn, please resist the actions of our new neighbors with regards to the establishment of new controls. We were just fine before they arrived.

Haiti: The tip of Freedom’s Spear in North America