Census in the time of COVID
Advertisement 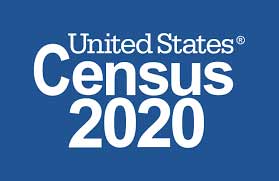 I still get my training runs in. Every other day I put my running clothes on, don a face sheath and gloves, and go out into the world to do a run. Tuesday’s run was 7 miles. Running down DeKalb Avenue, as I approached the end of Fort Greene Park I saw a line of people. Jogging further I realized that this line of more than two dozen led into a tent in the emergency parking area of Brooklyn Hospital. I’d read about this tent on Facebook. It’s a COVID-19 pre-screening tent. There must have been at least 25 people on that line. I kept going, trying again to focus on the run, but shaken by the reality of this new normal.
Gloves and face mask off. Throw them into the garbage outside. Come inside and disrobe immediately. Go right into the shower and vigorously wash my face, beard, hands and body. Put on some clean clothes. Wipe my phone off to clean it, and then wash my hands again assuming that the phone was contaminated when I touched it. This is the new normal, days spent on Zoom conferencing, trying to balance work and home in a time when work is home. I haven’t seen my children in the physical sense in almost two weeks. They are holed up with their mother at their home, tucked safely away while we try to sweep this mess of Covid into a manageable pile. We are under quarantine.
That run past Brooklyn Hospital Tuesday, and seeing people actually waiting on a line outside of the hospital reminded me of something. In 2010, Kings County was the lowest-counted county in America. People didn’t take the Census seriously. Could’ve been a lack of knowledge about the importance of the Census, or it could’ve simply been apathy. Either way, Brooklyn did not report its true numbers.
The Census is a procedure to record information about members of a population. The US Census takes place every ten years, and the findings of the Census determine the allocation of federal funding to communities. Those funds provide important infrastructure to communities – roads, schools, hospitals. If you’ve been a resident of Brooklyn for the last ten years, then you remember the protests and speeches made by community activists and elected officials over the last decade to save some of our hospitals from closing. Long Island College and Interfaith are two hospitals that come to mind immediately as having to be saved from closure over the last decade due to budget cuts. Part of the reason for those cuts? Low census reporting.
Census information also holds another important role. It is used to inform healthcare providers about communities. If a pandemic should occur, like the current one we are facing, those numbers help providers predict the spread of the disease and the amount of elderly and children in harm’s way. And when disaster strikes, those numbers are beneficial to rescue agencies because it lets them know how many people need their help. If Brooklyn had reported at 100% in 2010, would we be running low on hospital beds and ventilators to help us fight this pandemic today? I don’t have a clear answer to that, but here’s what I do know: 19 hospitals in New York City have closed since 2000, even as the population of the city is so obviously increasing. Reporting accurate numbers could’ve helped to save some of them.
This is a stressful time. People are out of work and not able to leave their homes without fear of death by COVID. Our health and hospital community is strained almost to the breaking point, doctors and nurses risking their own lives to save others. Our children are in a state of uncertainty, trying to learn from home amidst everything else going on. There is no question that this is a troubling time for us all. But, even now, our responsibilities to our communities remain. We owe it to each other to make sure that our communities receive every cent of the funding owed to us. We need more schools, not less. We need more housing, not less. And what is more evident now than ever, we need more hospitals, not less. If you’re home and are lucky enough to be healthy at this moment, please make sure that you fill out your Census form and report yourself and everyone that lives in your household. If i told you in 2010 that the 10 minutes that it takes to fill out the 10 questions would impact the next 10 years of your life, you would’ve probably just waved off my suggestion without regard. But, if I were to show you Brooklyn Hospital right now, you’d truly understand. And, it’s a shame that we have to be here to get it.

A Letter to the Self Isolated