A Letter to the Self Isolated
Advertisement 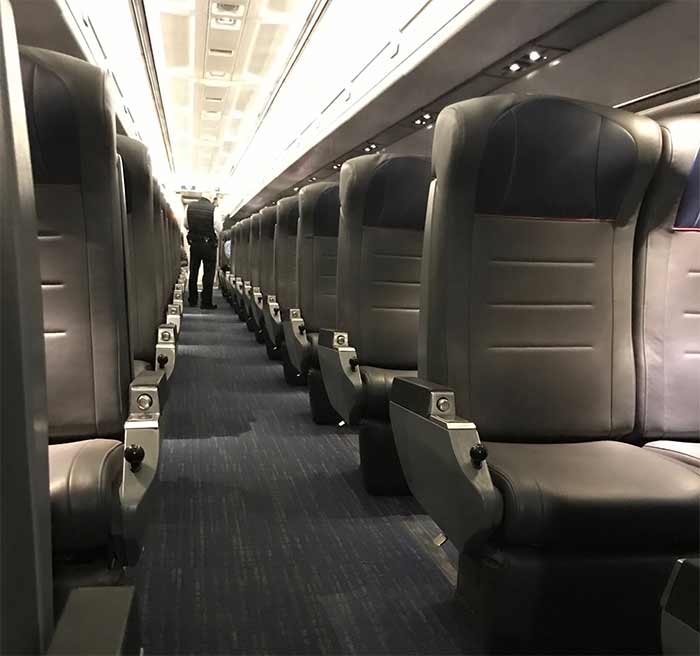 I was like you last week, working, hanging out, stuck in the wonderful normalcy of regimen, up at this time, to work by this time, home by this time. I walked past hundreds of people last week, thousands even, and I can’t tell you which one coughed, which one touched their face and then touched the pole on the subway, which one seemed sick. Houdini said that what the eyes see and the ears hear, the mind believes. I disagree. I say that your eyes only see what you believe to be so. And last week, I didn’t see anything bothersome about normal.

I knew about COVID-19. Like you, I followed it with a passing interest ever since the first reports of this virus popping up in China at the end of last year. Then, a person was found to be infected with the virus in New York. If you understand world affairs, then even that news was no surprise. New York City is a world city, one of many crossroads on the planet. Any malady in the world finds its way past Lady Liberty. Since the turn of the century we’ve gone through Ebola, Sars, Mers, Avian Flu, Swine Flu, each pandemic iteration was dangerous, and each one was solved. So, like you, I was cognizant of the virus, but not careful, not protective, not really concerned.
Then the guy that was found to be infected with COVID-19 was revealed to have infected 100 other people in New Rochelle. Then, the first confirmed case appeared in Brooklyn.

Then, the Utah Jazz was set to play the Oklahoma City Thunder on television, and they canceled the game because Rudy Gobert tested positive for COVID-19. Then, minutes later, the NBA suspended the entire season. And, it all happened so fast that it felt surreal. Just like that, everything changed. Now, my eyes told me a different normal. I began noticing the person coughing, noticing the guy who rubbed his face and then touched the subway pole. My eyes began telling me a different thing. It told me that I could be next, I could be potentially putting myself in harm’s way of contracting this Covid-19 with every handshake or elevator button I press.

The weekend came, and more cases came with it. And then, Assemblyman Charles Barron announced that he was positive with COVID-19. Mr. Barron is a pillar of this borough, a man that is welcomed in any neighborhood, around any dinner table, in any establishment. I don’t think I’ve ever felt more vulnerable to a disease as I did when I heard that Charles Barron was positive, because my way of life is templated from guys like him. I’m welcomed in any neighborhood, in any establishment, I try to move and be of service in this borough the way that he and others have shown me. And if Charles Barron could get it, then certainly any one of us could.

Sunday night we had dinner at a restaurant. We were the only ones dining. Outside were the sounds of hysteria, people filing into supermarkets to grab whatever they could, sirens flying to crime scenes in the distance, people in the streets with masks and gloves interacting with folk without. Our Uber driver had four different types of disinfectant sprays in his passenger seat. Social media became the fastest source of news. It was there where I first heard that the City would be closing the schools. I run a hydroponics lab at PS81. No sooner than the word came about schools being closed, I got an email from the grantee of the lab telling me that I should destroy all organic matter in the lab, because there is no telling how long the schools would be closed. Beautiful tomato vines, crisp kale, sturdy pepper plants, growing beautifully in the school lab, and I now had to make decisions about how best to keep them alive. In a way, we are all learning how to do that.

Like you, I woke up today in social isolation. Schools are closed. Bars are closed. COVID-19 cases are increasing. And while we work from home, or play Uno with our kids, or binge watch our favorite shows, our eyes are seeing a new normal, one that will surely be present even when we finally get to the other side of this. It can feel like being on a rollercoaster, at the apex of the climb, looking over the front row into a drop that makes your heart hide in your stomach and takes the breath away from your screams. This ride of social isolation is both kinda fun and kinda terrifying. But, I believe that when we finally get to the bottom of this drop, the ride will even out, come to a full stop, and we will all be able to continue with our lives. That is my hope.

Census in the time of COVID

Why the Whole is Greater than the Sum of its Parts