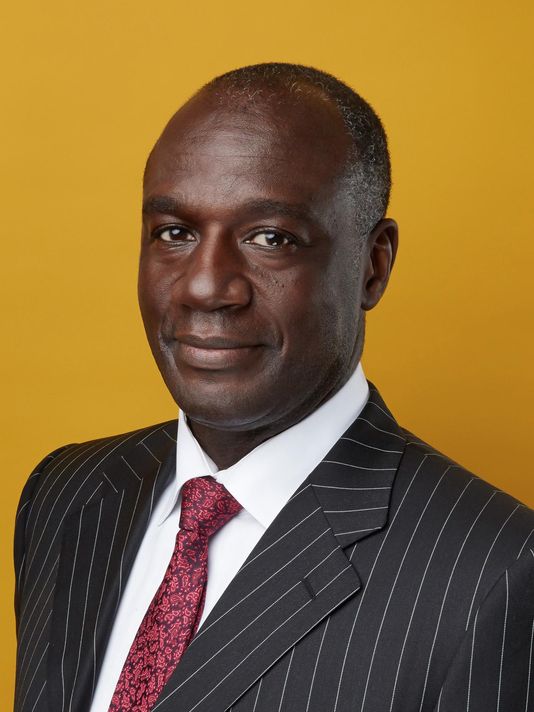 On November 8, we will know if God continues to bless America. A week ago, polls projected a double-digit Hillary Clinton lead over Donald Trump. By Halloween, polls project that they are in a statistical dead heat. By October 31st, about 23 million Americans, 25% of the electorate, have voted. According to a Reuters story, Democrats are suing Trump for alleged voter intimidation in 4 battleground states, Pennsylvania, Nevada, Arizona and Ohio. Hope that the Democrats recapture the White House and the US Senate minimally.

Why does the NYS Liquor Authority(SLA) accept applications for liquor store licenses at venues in close proximity to local places of worship? Last April, an application was filed for a liquor store license to open at 2067 Seventh Avenue at 123rd-124th Streets. The venue is less than 100 feet away from the historic Greater Refuge Temple Church, a Harlem fixture since the 1930s.   The Greater Refuge Church and proactive community residents vigorously protested the granting of a liquor license at that address because it violates NYSLA laws, which stipulate a 200 feet liquor store/church separation. The SLA rejected the liquor store application. Last month, the SLA accepted an application for a liquor store in an adjacent space at 2067 Seventh Avenue. That space is also about 60 feet away from the Greater Metropolitan Baptist Church on 123rd Street.  Another campaign is being waged to protest liquor application #2. Letters of protest about liquor store license #2 should be forwarded to berry.sender@sla.ny.gov.

BROOKLYN: The 47th Anniversary of BLACK SOLIDARITY DAY is on November 7th, the date of the “2016 Presidential Election, The Choice” rally. Flyer reads, “In 2016, we’re in a state of emergency – no more business as usual”. The rally/commemoration will be held at the New Canaan Baptist Church, located at 228 Putnam Avenue between Nostrand and Bedford Avenues. Rally begins at 7 pm. Dr. Carlos Russell, founder of BSD, will be honored.

African-American Paul Beatty, 54, wins the Man Booker Prize for his tragic/comic novel THE SELLOUT, a satire about race in America. The Man Booker Award is one of Great Britain’s most prestigious literary prizes for excellence in fiction written in English. Winner gets a cash award totaling about $60,000. Beatty admits that authors like George Orwell and Saul Bellow were literary influences and that he is a big fan of Joseph Heller, Kurt Vonnegut and HIP-HOP’s spoken word. The Man Booker Prize seems to be a Black male thing. Jamaican Marlon James won the 2015 Booker Prize for his novel, “A Brief History of Seven Killings”.

The CEMOTAP (Committee to Eliminate Media Offensive to African People) 29th Anniversary Program is billed as a “Celebration of African Survival”, which will be held on November 19th at the Robert Ross Johnson Family Life Center, located at 172-117

Linden Boulevard, Jamaica, Queens.   Scholar Baba Runoko Rashidi is the keynoter. Other speakers include Michael Duncan, UNIA; Betty Dopson, co-chair of CEMOTAP and Raymond Dugue, UNIA.   CEMOTAP waged successful battles with WABC-TV to keep Gil Noble’s “Like It Is” on the air. The UNIA(Universal Negro Improvement Association) was founded in 1914 by Pan-Africanist Marcus Garvey. Admission is free. Call 347.907.0629.   Wonder what Mr. Garvey would say about the 2016 American Presidency campaign and the impossibility of President Obama pardoning him.

Bob Law, former nationally syndicated radio talk show host of “Night Talk”, continues his civil rights advocacy with a national initiative, TURN OFF KILLER RADIO, which was launched on 10/15. Law argues that Black American males have the second-highest homicide rate in the developed world, which is attributable in part to the current radio airwaves which are filled with venomous DJ comments and song lyrics, and which urge Black youth to become scammers, rapists, killers and thieves. Law recites 2016 shooting stats in America through Labor Day: Chicago, 517; NY, 222; Philadelphia, 190; DC, 106; L.A., 182   He calls for a national boycott of radio stations which feed these toxins to the Black community. For more info, visit Turn Off Killer Radio.

The Color Purple: The Musical, based on the acclaimed Alice Walker novel of the same name, closes on January 8th.   A musical theater masterpiece, the play is set in the rural Black South around the turn of the 20th century. It boasts a powerful narrative

about God and love, a wonderful score and a talented cast which deftly navigates untapped terrain of the human heart and soul. Cynthia Erivo, who plays Celie, won the 2016 Tony for the Best Actress in a Musical. Danielle Brooks plays Sofia and Jennifer Holliday plays Shug Avery and they deliver fine performances as do the tour de force cast.

Fine artist Camille Ann Brewer has been named curator of contemporary textile art at the George Washington University Museum and the Textile Museum in Washington, DC. Brewer’s most recent position was in Chicago where she served as executive director of the Black Metropolis Research Consortium, a membership organization of libraries, universities and archives which collect, document and showcase materials about the African-American and African Diaspora.

The Castillo Theatre and the nonprofit All-Stars Project(ASP) announced that the New Federal Theatre(NFT), founded by veteran theatre/film impresario Woodie King, relocates to the All-Stars Performing Arts and Development Center at 543 West 42nd Street, Manhattan, which is the epicenter of NY theater culture, Broadway and Off-Broadway. Two NFT works, the highly acclaimed “Zora Neale Hurston” by Laurence Holder and “Ain’t Never Been Easy”, a new play with music by Dan Friedman, are staged at the NFT’s new home on West 42nd Street through November 20th.

David Jones, Community Service Society(CSS) President/CEO, was one of three people named by NYC Mayor de Blasio and confirmed by the NYS Senate to sit on the NYS Metropolitan Transportation Authority(MTA) Board.

Kofi Appenteng, Chairman of the Board of the Ford Foundation and the President of the Africa-America InstituteS) President/CEO, was one of three people named by NYC Mayor de Blasio and confirmed by the NYS Senate to sit on the NYS Metropolitan Transportation Authority(MTA) Board.

Darren Walker, Ford Foundation President, joined the Board of Pepsico last month. Some question the ethics of this public/private sector marriage. How can a Ford Foundation prexy cavort with Pepsico, the provider of sugary drinks and cholesterol-saturated snacks which leads to obesity, a widespread health issue within low- income communities. Walker, a former lawyer and Wall Streeter responds, “I will bring my perspective as the leader of a social justice organization”. The Ford Foundation provides about $500 million in grants annually. Pepsico directors earn between $275,000 to $475,000 annually.

Ghana-born Kofi Appenteng is the Chairman of the Board of the Ford Foundation and the President of the Africa-America Institute.  Founded in 1953, the AAI is a nonprofit created to promote enlightened engagement between Africa and the United States via education, training and dialogue.  A Columbia University Law School alum, Appenteng worked as a corporate lawyer and an investment banker.

A Harlem-based entrepreneur, Victoria Horsford is reachable at Victoria.horsford@gmail.com.