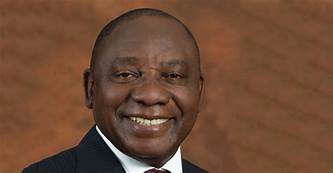 Congrats to Farah Louis, victor of the May 14 Special Election for the coveted 45th Council District in the NYC City Council, succeeding Jumaane Williams, for whom she worked as Deputy Chief of Staff for five years. Louis won 43% of the vote from a field of seven contenders. The Brooklyn-born Haitian American ran on a campaign which underscored necessity for affordable housing, economic development and more education funding. Tomorrow she hits the ground running as the new Councilwoman.   Her next challenge is the June primary and the general election in November.

Brooklyn’s Weeksville Heritage Center (WHC) reports the success of its $200,000 fundraising efforts via GOFUNDME coupled with its media revenues blitz which exceeded its goal, and which buys time for the Black culture heritage organization. More funds are needed for the sustainability of WHC, which celebrates Brooklyn’s Black free society dating back to the 1830s. [Visit: weeksvillesociety.org]

USA:  President Donald Trump seems to be on a war-footing. There is the war against the legislative branch of government, which threatens the viability of the separation of powers. There is the tariff war with China which will affect the American consumer’s pocketbook. And there seems to be a brinksmanship tilt for a war with Iran, which is the last thing that the Middle East nor America needs. Area is still recovering from the last US-led military invasion of Iraq. Hope that calmer minds prevail and a US/Iran confrontation is off the White House menu.

AFRICA:  Last week’s general election put South Africa’s ANC Party (Mandela’s Party of Liberation) on notice. President Cyril Ramaphosa (ANC member) keeps his job. The party won by the lowest margin in 25 years, about 57% of the vote, with a low Black turnout. This year is the 25th Anniversary of S.A.’s democracy, which was to signal change and equity for the nation’s Black majority. Today, most Blacks still have substandard housing and education, a paucity of health facilities and rampant violence.  South Africa remains a place where 10% of the population controls more than 70% of the assets.

NEW YORK:  Will both chambers of the NYS Legislature vote to pull Trump’s tax returns and forward to the US Congress? Governor Cuomo said that he’d sign on.    NYS also has power over banks which are chartered here. POTUS 45 has no power over NYS/banks interface.

The NY City Council and the NYS Legislature wants to outlaw fur sales in New York. What would that accomplish: the loss of about 4,000 jobs and $400 million in annual revenues. Why don’t both bodies prioritize the failed public education system upstate and downstate, revisit charter school caps, pay-to-play practices observed by NYS legislative and executive branches, and legalizing marijuana for starters?

Manhattan Community Board 10 has scheduled a Special Election on Wednesday, May 22 to determine its next 1st Vice Chair. Board members who are running for the coveted post include Dr. Keith Taylor, educator Marquis Harrison and Kerika Richardson.

Fortune magazine’s May issue included a cover story about the “WORLD’S 50 GREATEST LEADERS.” Bill and Melinda Gates made the cover. Most of the Black eminences covered are business and tech elites. Names and placement in the Top 50 hierarchy: Nigerian Aliko Dangote, worth $16.4 billion, of  Dangote Industries, #11;  African-American Tristan Walker, Co-founder of Code2040, who sold his health and beauty ethnic line to Proctor and Gamble last year, #19; Jo-Ann Jenkins, CEO of AARP, #21; Senegalese Fatima Samoura, Secretary-General of FIFA, #27; William J. Barber II, pastor and activist, #29; Ghanaian-American Joy Buolamwini, a Rhodes Scholar and MIT graduate alum, founder of Algorithmic Justice League who identified bias in artificial intelligence, #34; and Jordan Peele, Director/Producer. And— I forgot the royals, Duke and Duchess of Windsor, Meghan and Harry also made the list.

Last week, AMAZON is back in NY, opened a cashierless brick and mortar retail outlet located at Brookfield Mall on Vesey Street, Lower Manhattan. Amazon plans on opening fulfillment centers in Queens, a facility in Hunts Point, Bronx and one in Staten Island.

Restauranteur Melba Wilson of Melba’s, the comfort food eatery since 2005, is expanding her brand from the flagship Frederick Douglass Boulevard venue on 114th Street to Malcolm X Boulevard at 118th Street, formerly Native. Her new bistro will specialize in seafood and a tentative August opening is planned. Wilson was elected President of the NYC Hospitality Alliance earlier this year.

If it’s Wednesday in Harlem, the Cove Lounge, located at 325 Lenox Avenue, is the place to be for the weekly HBCU (Historically Black Colleges and Universities) alum Meet-Up from 6-11 pm; HBCU Meet-Up began on April 10.  Millennials and Gen-Xers HBCU denizens hold the day!

Maria Granville, Harlem town house owner, has launched two businesses: ONE OF A KIND SPACE, and a much-needed fine arts gallery, under the umbrella of her flagship company, Madisyn Consulting Services, headquartered at 246 Malcolm X Boulevard, aka Lenox Avenue, between 122nd-123rd Streets. Call 212.316. 1636 for an appointment to view current exhibitions or to see and evaluate the suitability of the ONE OF A KIND SPACE for rental. Granville’s taste is exquisite. She is also a veteran IT specialist.

The National Urban League, one of the nation’s major civil rights organizations, published its annual report, “THE STATE OF BLACK AMERICA,” a 16-page turner and treasure trove of information about Russian interference during the 2016 national US election season.  Of particular interest are the myriad ways that Russian computers disseminated digital disinformation schemes targeted to African-Americans to discourage and repress their vote and disinformation targeted to whites with lies about Black Americans.  What is scary is that this could be repeated in 2020.

The late Edouard Plummer, Wadleigh JHS/HS educator and administrator, founded the Wadleigh Scholars Program in 1964. The Harlem-based after-school program prepared African-American public school students for admission, with scholarships, to the nation’s elite boarding schools such as Phillips Exeter, Choate, Westminster and Hotchkiss. To date, more than 500 young scholars have attended those schools before earning undergraduate, graduate and postgrad degrees at the nation’s top universities. The graduates work as lawyers, educators, Wall Streeters and IT specialists.  On Plummer’s birthday this year, NYS Senator Brian Benjamin will proclaim May 22nd as “Edouard Plummer Appreciation Day” in Harlem.