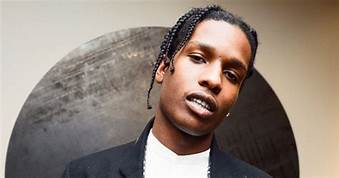 Are things falling apart the world over or are these really the final days? Iran is playing a scary game of brinksmanship, titillating the US, and seizing a British tanker in the Persian Gulf. Former Iranian President Mahmoud Ahmadinejad hinting at peace talks and détente with President Trump. The world does not need another Middle Eastern war. Sweden, Scandinavia’s capital of liberalism, has detained ASAP Rocky, an African American rap artist who was on a European tour, for almost a month without pressing charges. We only know that he was provoked by locals and there was a fight.    The arrest has caused an international furor, with Rocky attracting supporters like Congressmen Hakeem Jeffries and Adraino Espaillat, P. Diddy, Kanye and Kim West.    President Trump made a call to the Swedish prime minister to appeal for Rocky’s release. Swedes deny that Rocky’s detention is race-related. Last year, a white American rapper, G-Eazy, engaged in a fight in Sweden and had cocaine when he was arrested. He was released from detention in 24 hours. G-Eazy admits that ASAP Rocky is a victim of Swedish racism. In Spain last weekend, one of African American rapper FUTURE’s security men was savagely beaten by a group of men in Ibiza.

Judicial systems in and out of the United States favor whites over Blacks.  Meanwhile, POTUS continues apace with his invective and divisive racist tweets about “The Squad,” the four women of color in Congress.  Are the Kamala Harris poll numbers frightening him?  Don’t know if America can deal with his strident style for 17 more months. The NAACP called for President Trump’s impeachment at its annual convention on July 23.

“This Venture Capital Firm Wants To Hear From You” is the title of a Wall Street Journal essay about a quartet of African American men, Jarrid Tingle, 27; Brandon Bryant, 28; Henri Pierre-Jacques, 27; and John Henry, 25, co-founders of Harlem Capital Partners, a New York-based early-stage venture capital firm which opened in  2015. Its goal is to raise $1 billion to fund 1000 minority and women founders in 20 years. Private equity firm TPG Capital has a minority stake in HCP, as does KKR and Co. The HCP portfolio boasts a menstrual products company, a media platform for Black millennials and a cardiac rehabilitation program. Harlem Capital Partners is another destination for minority entrepreneurs.

Last week, WGO reported the demise of the print edition of the Chicago Defender. This week, the Johnson Publishing Company, the umbrella for Ebony and Jet magazines, is under media scrutiny again. Company is owned by Linda Johnson Rice, daughter of Ebony founder John Johnson. Ebony and Jet were sold to an African American, Michael Gibson, chairman of Texas-based Clear View Group, in 2016. At that time, Ebony was still a monthly print magazine while “the Jet,” as Black people affectionately called it, had been relegated or elevated to a digital edition. After that sale, Johnson Publishing retained ownership of the Ebony pictorial archives, assessed at $45 million a few years ago, and the Fashion Fair cosmetics line, which has dissolved. In April, Johnson Publishing filed for Chapter 7 Bankruptcy protection. Last month, it was announced that a July 17 auction of the Ebony picture archives was scheduled to recover a $13.6 million loan made by JPC, which is in default. The creditor is Capital V Holdings, a company co-owned by millionaire Mellody Hobson and her billionaire husband George Lucas.

Who owns the Ebony picture archives, that repository of ¾-of-a-century of Black life in America, documenting our triumphs and tragedies, the “Great Black Migration,” narratives from Jim Crow to the Barack Obama Presidency and beyond? Perhaps the Schomburg Center?  Hopefully, a Schomburg and a Smithsonian Museum of African American History and Culture are among the bidders. It’s almost a week later. The 7/22 Chicago Tribune said that there was no clear winner and auction would resume this week.

The 56th Jazzmobile Summer Fest runs from July through September in a variety of neighborhood stages.   In July and August, the fest playdates are at Grant’s Tomb on Wednesdays and at Marcus Garvey Park on Fridays. Jazzmobile partners with Harlem Week during August and will present the Charlie Parker Festival. Bill Saxton, Wycliff Gordon, Craig Harris, Danny Mixon, Nat Adderly, Jr. and Alyson Williams are some of the Jazzmobile 2019 headliners. For 2019 Jazzmobile Summer Fest schedule, visit jazzmobile.org.

The Faison Firehouse Theater, in partnership with the Harlem Opera Theater, presents “The Journey of the African-American Classical Singer” on Saturday, July 27 at 7 pm.   The concert, featuring baritone Antonio Watts and soprano Carami Hilaire, with Professor Gregory Hopkins on piano, will be held at the Firehouse Theater, located at 6 Hancock Place, 124th Street between St. Nicholas and Morningside Avenues, Harlem.   [Visit harlemoperatheater.org]

A Harlem-based brand consultant, Victoria can be reached at Victoria.horsford@gmail.com.