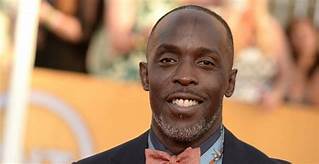 Many have worked for local and state politicos like Marty Markowitz, Andrew Cuomo and Jumaane Williams. Election victor immediately becomes Councilmember who must get ready to defend that seat in the NY June Primary, then in the November 5 general election, before being ready to exhale. Visit www.vote.nyc.

USA: I have been reticent about American affairs …well sorta/kinda. It is hard to determine where we are in time and space under POTUS 45.  Borrowing from the titles of late Nigerian writer Chinua Achebe’s novels, I think that the USA is somewhere between THINGS FALL APART and NO LONGER AT EASE; both deal with the dissolution of the Nigerian state and society once the Europeans arrive. I watch and listen every day as our republic descends into an authoritarian state. Read that his surrogates are asking for an additional two years for Trump as reparation for the 2-year Mueller probe. Mr. T, can we talk! Don’t know if the nation can last intact until the 2020 November election. Last week, the US was sending signals to the Venezuelans to start an insurrection, then there was a reversal after Trump spoke with Putin, whose footprints are all over Venezuela and its rich oil deposits, the same reason that US is engaged in its outcome.

What happens to immigrants and the border crisis with the new Homeland Security nominee? The Attorney General is flouting Congress, refusing meetings with Committee chairs. There is no longer separation of powers between the executive and legislative branch of US government. By stonewalling Congressional summons of executive branch staff, Trump is really nullifying the results of the November 2018 election and the Democratic Congressional victory. Will the House Democrats be more forceful with the executive branch invoking court intervention? Will the Republicans speak up about the chaos and dysfunction the has visited

our government? We know that impeachment is not an option with the GOP Senate.

President Ronald Reagan’s daughter Patti Davis wrote a Washington Post opinion piece, saying to Republicans, “You have claimed my father’s legacy.  He called America “the shining city on a hill….. Trump sees America as another of his possessions that he can slap his name on.  He is supposed to serve the American people. If you are going to stand silent as America is dismantled and dismembered as democracy is thrown into the ash heap of yesterday, shame on you. But don’t use my father’s name on the way down.” Thanks, Patti

Bronx Borough president Ruben Diaz, Jr extends an open invitation to New Yorkers to BRONX WEEK which runs from May 9-19. It is a rich calendar of events which celebrates boro’s business, cultural enrichment, diversity and community programs. During that week a black-tie Bronx Ball, will be held on May 18, culminating with the Bronx Wall of Fame induction ceremony on Grand Concourse followed by a Parade and a Food and Art Festival.

Ethiopia-born restauranteur/owner Leah Abraham plans a soft opening of Settepani Ristorante, on Thursday, May 16.  Our favorite sidewalk café, located at Lenox Avenue at 120 Street, Harlem, Settepani is one of the oldest fine dining venues in the new Harlem.

The Weeksville area in Central Brooklyn, New York was America’s second-largest free Black Community, during the 19th Century.  Named after James Weeks, a Black freeman, who bought land in what is today’s Bed Stuy and then sold plots to other freemen. It was a place where Black excellence thrived and flourished. The early Weeksville community opened businesses, churches, schools. Its denizens, for example, included professionals and entrepreneurs like Susan Smith McKinney Stewart, born in 1846, was the first Black woman physician in New York State and one of only three in the USA;  and her sister  Sarah Smith Garnet was the first Black  female school principal in the NYC school system.   The history of that free society has been preserved under the auspices of the Weeksville Heritage Society, WHS, a nonprofit where its documents and artifacts have been preserved., where community programs are held while it continues to promote race pride and respectability. It is a treasure trove for historians and curious New Yorkers alike. Like many cultural organizations, it has to deal with skyrocketing operating costs and a shrinking donor base. The Society is struggling to stay afloat.

THEATER:  Congrats to 2019 Tony nominees, Andre De Shields for best featured actor in a musical HADESTOWN, his third Tony nomination and to George C. Wolfe best director for GARY: A Sequel to Titus Andronicus.  Again, congrats to AIN’T TOO PROUD, THE MUSICAL about Motown’s Temptations, the recipient of 12 Tony nominations. The 73rd Annual Tony Awards ceremony airs live on June 9.

Banana Puddin’s Rome Neal of  “Round  About  Midnight acclaim,  and playwright/author  Ishmael Reed  present  a fundraiser/reading of  Reed’s   “The Haunting Of Lin-Manuel Miranda,” a play in two acts, which revisits another side of Andrew Hamilton, the protagonist of  the runaway Broadway show HAMILTON, on May 11 at 7 pm, at the Dwyer Cultural Center, 258 St. Nicholas Avenue, on 123 Street, Harlem. Visit Romeneal.com or call 718.288.8048.

RIP:  Norma Miller, 99, aka Queen of Swing, died at her home in Ft. Meyers, Florida.  A quadruple threat Miller was a dancer, actress, author, comedian and the last survivor of the original Whitey Lindy Hoppers of Savoy Ballroom fame, a part of a career, which spanned 70 years. She worked with Cab Calloway, Richard Pryor, Moms Mabley and Redd Foxx, in films, theater and TV. She will be buried at Woodlawn Cemetery on May 24th after a viewing at Benta’s Funeral Home in Harlem at 10:30 am to 1 pm.