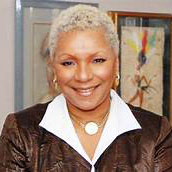 SPRINGTIME IN AMERICA
Two massacres,18 deaths in less than one week in America, is unacceptable.
A white man, Robert Aaron Long, killed eight people in Atlanta, Georgia last week, six of whom were Asian American. The gunman in Boulder, Colorado who killed 10 people, including a law enforcement officer on 3/22 has been identified as Ahmed Al Aliwi Alissa.
President Joe Biden and Vice President Kamala Harris in Atlanta last week to show support for Asian Americans there. Is America returning to the old normal of mass shootings and death orgies. The coronavirus did interrupt America’s gun massacres, a national epidemic, for which there seems to be no cure.
The 117th Congress has a big agenda and so little time: A year from now, Congress members will prepare for re-election. Biden’s Administration is readying $3 trillion in new spending for infrastructure, education, work force development and climate change to bolster the economy, which is Congress bound this week. It sounds like equal parts New Deal and Great Society. Gun reform is a national imperative as is an immediate cessation of violence against Asian Americans which surged 150% in 2020. We know who instigated it.
Wanted to discuss the national voting rights bill, HR1 which already cleared Congress and is subject to Senate scrutiny and obstruction. Well, next week.
WGO apologizes for misinformation: current HUD Secretary Marcia Fudge is not the first Black woman to helm the Housing and Urban Development bureaucracy. Patricia Roberts Harris, lawyer, government official and diplomat, was first African American woman confirmed as HUD secretary. She served under President Jimmy Carter.

The NYC Mayoral race runs a close second to media’s Cuomo scandals fixation. There are at least 28 diverse contenders for the coveted mayoral post, conjectured to be the second hardest job in America. Other important local races on the June 22 Primary ballot include the Comptroller, Public Advocate, the NYC Council (with more than 300 candidates vying for 35 of the 51- seat legislative body). Manhattan District Attorney Cy Vance will not run for re-election to the delight of about eight lawyers who have been in vigorous campaign mode for months.

ECONOMIC DEVELOPMENT
On March 10, Goldman Sachs Group in partnership with Black women-led organizations and other partners announced its new investment initiative “One Million Black Women” and will commit $10 billion in direct investment capital and $100 million in philanthropic support to address the dual disproportionate gender and racial biases that Black women have faced for generations, which have only been exacerbated by the pandemic. Visit goldmansachs.com.
The 17th Annual Columbia University Africa Economic Forum convenes March 22-26, in a virtual setting. The Forum theme is “Africa On The Move: Charting A Path Forward In the Wake of a Global Crisis.” Keynoters are Dr. Albert Zeufack, World Bank; Nuna Ntshingila, Facebook Africa; and Kuseni Dlamini, Massmart Holdings. For schedule and to register, visit www.columbia-aef.com.

OUT OF AFRICA
TANZANIA: RIP: President John Magufuli, 61, died from heart complications, early this month according to the nation’s Vice President Samai Sulul Hassan. The late President was one of the Continent’s leading Covid-19 sceptics. Many believe that it caused his transition. No date has been given for Hassan to be sworn in as President, completing the remainder of Magufuli’s second 5-year term, which ends in 2025. She will be Tanzania’s first woman president.
SOUTH AFRICA: King Goodwill Zwelithini kaBhekuzulu, 72, died of complications related to Covid-19 on March 12. He was the leader of South Africa’s largest ethnic group, the Zulu nation, which boasts some 11 million people. Zwelithini also was the exemplar of Zulu culture and always invoked tradition alongside who played an outsize role, albeit ceremonial one, in post-Apartheid South Africa.

BOOK: CNN anchor Don Lemon’s new book, THIS IS THE FIRE, a social commentary on racism. Lemon’s book title was borrowed from his hero James Baldwin and his manifesto, THE FIRE NEXT TIME. Don Lemon covers a lot of territory from the imminent death throes of white supremacy to the “urgency of now” to Trump as a clinical symptom of white supremacy and to his prescriptions for change in America, “which was never great, always seeking a more perfect union.”

A Harlem-based brand/media consultant, Victoria can be reached at victoria.horsford@gmail.com