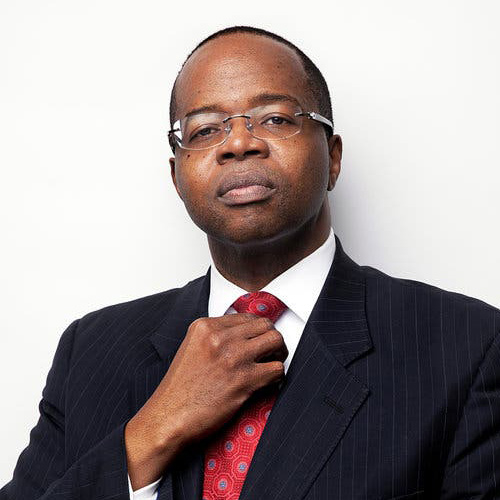 THE NATION: President Joseph Biden signed the $1.9 trillion stimulus American Rescue Plan last Thursday. On 3/13, Treasury Secretary Janet Yellen said that checks and electronic bank transfer would begin last weekend. That stimulus was the beginning of a plan to address the pandemic and the economy. President Biden and Vice President Kamala Harris begin a national tour to sell their vision, a 2021 Marshall Plan for America.

Concurrent with the Biden Democratic rescue plan, Republicans all over the nation are crafting new voting laws to suppress the Black vote. There is no rest for the weary. The Black electorate exceeded all expectations last November, proving that desired outcomes are products of fair elections. Congress passed a sweeping voting rights bill in early March which is expected to meet GOP dissent in the US Senate.

Last week was the first anniversary of America in lockdown, a situation from which we are still in recovery. Hopes are running higher now that many Americans – Black and white – are beneficiaries of the COVID19 vaccination. The vaccine problem is no longer one of Black resistance. The pandemic problem exists among people who resist face masks and Republicans adverse to the vaccination. Guess they know little about herd immunity and the basic COVID19 protocols.

Regarding the vaccines, there are three – Pfizer, Moderna and Johnson & Johnson, which have the USA FDA emergency nod, which seem to be working wonders stemming COVID19 serious infections, hospitalization and deaths. Overseas neighbors are angry about American stockpiles of AstraZeneca when there is a worldwide vaccine shortage. However, France, Germany and Italy have put a pause on the AstraZeneca use because of its suspected relationship with blood clots.

Marcia Fudge was confirmed as Secretary of Housing and Urban Development last week, becoming the first African American woman to hold that position. She succeeds Dr. Ben Carson. An Ohioan, former lawyer, mayor and Congressmember since 2008, Fudge has a lot on her plate with the millions of American renters and homeowners in arrears since the COVID19 crises began March 2020. Some of the $1.9 trillion Rescue monies will be targeted to those groups.

I misspoke last week, indicating that African American US Marine Colonel Anthony Henderson, who was passed over 3x, was promoted to brigadier general, a four star designation. Thanks to military historian Bob Tate, I was corrected that Colonel Henderson was nominated for brigadier general, who wears one star.

NEW YORK POLITICS
NEW YORK STATE: There is hardly any news cycle, local or national, without reference to NYS Governor Andrew Cuomo’s alleged sexual harassment woes and his under counts of 2021 nursing homes COVID deaths. Most of NY Congressional delegation wants him to step down. The NYS Assembly begin impeachment proceedings and NYS Attorney General Letitia James has retained outside attorneys to launch an independent investigation into the Cuomo harassment charges. NYC Mayor de Blasio said on NY1 “ Cuomo should get the hell out of the way.” Cuomo says that he is not going anywhere. According to a Siena Poll, 50% of the NYS electorate says that Cuomo should not resign. Keep eyes poised on NYS Lieutenant Governor Kathy Hochul, attorney, former US Congress member, next NYS governor? Politics is the art of the possible! PS a NYS budget is due by April 1!

NEW YORK CITY: Watched 8 mayoral candidates on NY1 with Errol Louis, in a forum on housing. Eric Adams, Scott Stringer, Katherine Garcia, Ray McGuire, Diane Morales, Andrew Yang, Maya Wiley, and Shaun Donavon. McGuire scored brownie points regarding engaging NYCHA residents to determine NYCHA fate. He attacked an air rights solution for NYCHA inquiring where do monies come from to buy those rights and where will developer erect buildings. Would like to hear what mayoral hopefuls have to say about MWBE practices and government contracts for minorities.

This week, Reps Hakeem Jeffries (D-NY) and Van Taylor (R-TX) introduced the Kenneth P. Thompson “Begin Again Act”. The bipartisan legislation allows judges to expunge the records of low-level drug offenders to provide them a second chance. Thompson served as Kings County DA from 2014 until his passing in 2016. He would have turned 55 Sunday, March 14. Three-term Manhattan District Attorney Cyrus Vance will not run for re-election. Unusual for a DA who has the power to launch a Donald Trump criminal investigation and given US Supreme Court blessings to access info. There are eight attorneys who would like to succeed Vance, including African American, Alvin Bragg. Unlike the Bronx and Brooklyn, Manhattan has never had a Black DA.

ARTS/HISTORY/CULTURE
BOOKS: Black authors on the March 21 NY Times best seller book list.
FICTION: “Life After Death,” a sequel to Sistah Souljah’s, “The Coldest Winter Ever,” where the protagonist emerges after serving time and seeks revenge #1; “The Vanishing Half” by Brit Bennett, about twin sisters, one of whom crosses the color line, #8 ; and “What’s Mine And Yours ,” set in integrated NC school which ties together two disparate families, by Afro Dominican Naima Coster.

NON FICTION. “Just As I Am”, the Cicely Tyson memoir, 2; “Caste” by Isabelle Wilkerson, 3 ; “A Promised Land” by Barack Obama, 7; “The Sum of Us: What Racism Costs Every One and How We Can Prosper Together,” by Heather McGhee, chair of the Color of Change, 9; “Four Hundred Souls” edited by Ibram X Kendi and Keisha N. Blain, “90 writers on 400 years of African American history,” 11; “How to Be Anti Racist” by Ibram X Kendi, 14.

Woodie King’s New Federal Theatre celebrates its 50th Anniversary and Women’s History Month with a reading of a new play MA ROSE, written by Cassandra Medley and directed by Eileen Morris. Story centers on a matriarch whose mind and life are slowly slipping away and how three generations of women relatives are dealing with her decline. Play will be streamed March 20/21 at 7 pm, at newfederaltheatre.com.