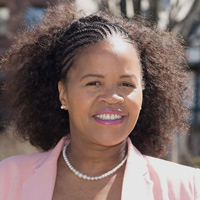 The news cycle is filled with stories about the good, the bad, and the ugly. Let’s start with the good news. On March 24, Kim Janey, 56, was sworn in as the 55th mayor of Boston, Massachusetts. She is the first woman and the first Black to serve in that capacity. The former City Council President, she was the next in the line of succession to Mayor Marty Walsh, who resigned to become President Biden’s Secretary of Labor. One of her first mayoral acts of business was to commit $50 million in federal money from new coronavirus monies into the city’s rent relief fund. She is not sure that she will run for the mayoralty in November.
According to most election monitors, the America 2020 general election revelation was that change was inevitable. The Trump years are responsible for a Democratic trifecta: The House, the Senate and the White House. It was a very good year end for Americans and the democracy they hold dear. Vanquished President Trump continues to call the election rigged. Republicans started planning for the 2022 midterms and taking back the House and the Senate. No, it was not a year of voter repression nor theft, a favorite pastime belief in some states across the nation, especially those with GOP majorities in the state houses.

Three months into a new year, Republicans in 43 state legislatures are working feverishly to modify voting rights, to suppress votes by Blacks, Latinos and young voters, the holy alliance responsible for the 2020 election victories. Last week GOP Georgia Governor Brian Kemp signed sweeping changes to the election laws, akin to Jim Crow practices interrupted by the Voting Rights Act of 1965. He is up for re-election in 2022 and doesn’t want a repeat encounter with Stacey Abrams like in the 2018 governor’s race, which most believe was stolen from her, when he was Secretary of State. The courts will be busy reviewing the Kemp 2021 voting law. Other governors vowed to follow Kemp’s lead.
Didn’t NY Times op-ed writer Charles Blow recently recommend a reverse Great Black Migration to the south in his new book, “THE DEVIL YOU KNOW: A Black Power Manifesto.” Think that I will pass.

NEW YORK, NY
COVID19 VACCINE: Governor Cuomo announced that effective March 30, New Yorkers who are 30 somethings are eligible for the vaccine with an appointment. For people who are 75 plus, the vaccine is available 24/7 at three city-run sites – Citi Field in Queens, the Brooklyn Army Terminal and Bathgate Contract Postal, in the Bronx – without an appointment. All New Yorkers are eligible for vaccine on April 6. Why the surge in COVID19 infections and hospitalizations in NY? Are we relaxing coronavirus protocols too rapidly as we get the shots in the arms despite warnings from virologists and epidemiologists?

CANNABIS: NYS Democratic legislator Crystal Peoples-Stokes from Buffalo, the Assembly Majority leader, is the first woman and first African American to hold the position; and she dons the cover CITY STATE/NY Magazine with story titled “Crystal Peoples-Stokes Is on the Precipice of her Biggest Achievement.” She has been an advocate of marijuana legalization with conditions, which would level the playing field with benefits to accrue to Blacks and Latinos, as licensees. She wanted a percentage of the cannabis revenues earmarked for drug treatment, public education, social equity grants. She wanted onsite legal consumption venues, the 3- ounce possession and 6 plants in the home. Guess that Assembly Majority leader got most of what she wanted. Recreational cannabis legalization looks like a NYS 2021 reality.

JUNE 22 PRIMARY: According to polls, which are a small sample, Yang leads the field of the top eight mayoral contenders, becoming the target of venom by his rivals. Eric Adams runs second in same polls. Following that line of logic, NYC Comptroller hopeful Senator Brian Benjamin is the subject of inordinate criticism. Does that mean that he is gaining momentum and faring well in polls? Truth to tell, it is far too early to make predictions. NY Council Speaker Corey Johnson joined the Comptroller race a few weeks ago.

CUNY, the City University of New York, appointed Dr. Patricia Ramsey the 6th President of Medgar Evers College, which serves a predominantly African American student population, in Brooklyn. The first woman to head Medgar Evers College in its 70-year history, Dr. Ramsey holds a plethora of degrees: BS in biology, Norfolk State; MS in Botany at Howard; MS biology at Harvard; and a PhD in biology at Georgetown. She is an innovative educator with leadership affiliations at HBCUs such as Norfolk State, Shaw University, and Bowie State University. Dr. Ramsey takes the Medgar Evers helm on May 1. She succeeds Dr. Rudy Crew at Medgar Evers.