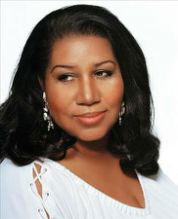 WINTER/SPRING IN AMERICA
SHOW us the money! Evanston, IL! It is the first US city to pay cash reparations to its Black population. City has committed $10 million in payments to eligible Blacks, who will receive up to $25,000 for housing. Blacks who were victims of city’s redlining policies, dating back to the 40s, will be among the first beneficiaries of the funds. Some funds to finance the reparation payments initiative will come from the 3% tax on legal marijuana sales. It’s not much, but it is a good start.

U.S. Marine Colonel Anthony Henderson, 53, is being promoted to brigadier general which requires US Senate confirmation. A combat command marine deployed to Iraq and Afghanistan, Henderson was overlooked 3x for this promotion since 2017. When confirmed, he becomes the first African American 4-star general in the Marine Corp’s 245 year history. He holds a law degree from Southern University Law School in Baton Rouge, Louisiana.

NEW YORK, NY
COVID19 VACCINE: The Jacob Javits Center is open 24/7 for those eager to get the vaccination. Many local pharmacies will administer the inoculation for people with appointments. With the Johnson and Johnson one-time inoculation on the market, people are more hopeful about putting COVID19 to sleep.
NYS: Have no Cassandra talents, but I don’t know if Governor Cuomo will survive this current sexual sexual harassment crisis. He may complete his third term, don’t see him pursuing let alone winning a fourth. This is America where anything is possible. Consider Donald Trump who was accused of raping a woman and if he was guilty, has done it with impunity. Many electeds, including two African Americans are obvious possible Cuomo successors like New York State Attorney General Letitia James and New York City Public Advocate Jumaane Williams. Should New York consider setting term limits for Governor.

NYC: A citywide virtual Mayoral Forum for the Black Community is set for Saturday, March 13, from 1- 2:30 pm. A ZOOM event focuses on the three Black contenders, Maya Wiley, Eric Adams, and Ray McGuire. Panelists/Interviewers are Bob Law, political activist and radio host; Diane Lacey, former Vice Chair NY Health & Hospitals Corp Board and Professor Sam Anderson. Listen live on WBAI-FM 99.5 FM. Event co-sponsors are Harlem Business Alliance, Central Brooklyn Leadership), National Black Education Agenda; Black Spectrum Theatre and Black Male Initiative, CUNY.
HARLEM: The City Council District 9 race is runnIng a close second to the Mayoral race re: number of contestants, now totaling 16, including incumbent Bill Perkins. According to The City listserv last week, there were references to Councilman Perkins health issues, which may explain why he has no Council chairmanships. Several of the contestants for his seat were interviewed for the article. Most had no comments about Perkins’ health.

ARTS AND CULTURE
TELEVISION: The National Geographic Network presents “GENIUS: ARETHA,” an 8-part series, covering the life and times of civil rights activist, Queen of Soul Aretha Franklin, starring Cynthia Ervo with Courtney Vance as Rev Franklin, Aretha’s dad. ARETHA airs on March 21 at 8 pm, followed by two new episodes airing during the next 3 days. Hulu will stream it after initial National Geographic launch.
MUSEUM: The National Museum of African-American History and Culture presents the second weekend of its virtual MAKING AFRICAN AMERICA: A Symposium of Immigration and The Changing Dynamics of Blackness March 12/13, focusing on Artistic Encounters and Curating Blackness in Museums and Cultural Spaces with Cornell Professor Carole Boyce Davies as keynoter. Visit nmaahc.si.edu

THEATER: The Baltimore Center State presents THE GLORIOUS WORLD OF CROWNS, KINKS AND CURLS by Keli Goff and directed by Bianca LaVerne Jones, a virtual world premier from March 25 – April 18. Work is a series of monologues about relationships with women and their hair. Tickets start at $25. Call 410.986.4000.
August Wilson’s Pulitzer -winning play PIANO LESSON will be revived on New York’s Great White Way in 2022, starring Samuel L. Jackson and John David Washington, who will be directed by LaTanya Richardson Jackson. A film adaptation of the play is planned with another director.

NEWSMAKERS
RIP: Vernon Jordan, 85, passed away last week. His was a storied life. Born in Jim Crow Georgia, he attended De Pauw University and Howard University in Washington, DC. A civil rights activist, a social justice advocate, attorney, investment banker, and power broker The National Urban League CEO, Jordan was the United Negro College Fund Executive Director, and NAACP field director. His impact was far reaching in the American social climate of the 60s. Charlayne Hunter-Gault wrote that she got a call from Jordan that she would have to leave Wayne State in Michigan to get ready to integrate the University of Georgia. Jordan practiced law in Arkansas and Georgia until he accepted a post at the prestigious Washington, DC law firm of Akin Gump Strauss Hauer where he remained until his transition to New York to join Lazard Freres, the investing banking firm. Jordan also morphed into power broker extraordinaire, nationally and internationally. He sat on the Boards of American Express, Howard University, Xerox, Lazard Ltd and was best friend to President William Clinton. His memoir VERNON CAN READ is a good read about America at one of its intersections of race and social justice.
The Jordan funeral was held on March 9 and was streamed by National Urban League at nul.org/vernonjordan.
A Harlem-based media/brand consultant, Victoria is reachable at victoria.horsford@gmail.com