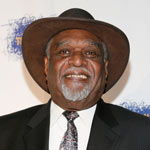 USA/FINAL DAYS OF WINTER
March is the month that comes in like a lion and exits like a lamb. It is Women’s History Month. Other March dates of note are daylight savings time, the vernal equinox, the first day of spring…. I forgot; It is the time for March Madness.
We thought that the Democrats election victory last November 3 would usher in a new America on a progressive footing. Well, the reasoning was wrong. While the Democrats control the levers of government, the White House, Congress and the Senate that all would be well. Then came the January 6 President Trump instigated insurrection at the Capitol. Citizen Trump keynotes CPAC and says that he is not forming a new party and could run for re-election in 2024. More troublesome is a Brennan Center for Justice report about 43 states which want to roll back voting rights, a reaction to 2020 election outcomes. This is another form of voter repression intended to obstruct the Black vote. There is a case that goes before the US Supreme Court this week pertinent to voter’s rights. Will the Voting Rights Act be gutted?
This year, all 50 states will be addressing redistricting, based on the latest Census figures. Can gerrymandering be a few steps behind redistricting? Woe is we progressives.
NYS AG Letitia James was greenlighted to set up an independent investigation with subpoena powers to examine charges of sexual harassment leveled by two women against Governor Cuomo. Next year is election year. And Cuomo has problems with undercounting nursing home COVID 19 deaths last year.

BUSINESS MATTERS
Thasunda Brown Duckett, was named President/CEO of TIAA (Teachers Insurance & Annuity Association. She succeeds African American economist Robert Ferguson. Duckett is CEO of Chase Consumer Banking, where she has oversight of more than 40,000 employees, 4,900 bank branches and $600 million in deposits. Responsible for Chase’s major brand expansion, Duckett added 400 new branches in more than 20 cities in 5 years. At TIAA helm, she joins the ranks of America’s Fortune 500 elite.
Mr. and Mrs. Calvin Tyler pledged $20 million for Morgan State University scholarships for financially needy students. Based in Baltimore, Maryland, Morgan State is an HBCU, Historically Black College and University, which Calvin attended before dropping out because of financial problems. After leaving Morgan, he landed a job with UPS where he become a fixture for 34 years, initially as a truck driver before advancing up the management ladder to SVP and Board member.
Ebony, a coffee table mainstay in Black America for 75 years was pulled out of bankruptcy for $14 million by African American media mogul and investor Ulysses “Junior” Bridgeman, who vowed to revive the brand via a digital platform. Ebony CEO Michel Ghee said it would be relaunched on March 1. Visit ebony.com

ARTS/CULTURE
HARLEM: Last month, NYS Senator John Liu visited Rev. Al Sharpton’s National Action Network in Harlem, which expressed its solidarity with Asian Americans in condemning the national upsurge in anti-Asian American violence, attributable to Trump’s COVID19/China rhetoric. More than 2800 anti Asian violence claims were reported from March to December 2020, in 47 states and DC.
A week earlier, three Asian-Americans were victims of hate crime in NYC.
The Museum of African American History and Culture ventures into new territory, hosting a 3- weekend event, “MAKING AFRICAN AMERICA: A Virtual Symposium on Immigration and the Changing Dynamics of Blackness” begins March 5/6, March 12/13 and ends March 19/20. About 40 scholars, US Black, Caribbean Blacks and Africans on this IMMIGRATION Symposia. Visit nmaahc.si.edu.
FINE ART: The Caribbean Fine Art Fair, Barbados, 2021, showcasing works by 50 fine artists from the US, Caribbean and African, will be held as a virtual expo from March 10-24. Visit www.cafafair.com
BOOK: Read the new book “The Black Church,” by Henry Lois Gates, a companion to the brilliant PBS documentary of the same title, which is a look at 5 centuries and the meaning of the Black Church in America. Documentary sure to win many awards.

NEWSMAKERS
RIP: Westchester County, NY attorney and writer Lawrence Otis Graham, 59 passed on February. He practiced law but writing was his true calling. His book, “Our Kind of People: Inside America’s Black Upper Class.” topped best-seller list for months and established his creds as the griot of the nation’s Black elite. The lawyer turned author wrote a succession of popular books about race. class and politics. He exalted the Black “bourg.” A Princeton and Harvard Law School graduate, he never strayed too far from his comfort zone, as a member of Sigma Pi Phi Boule and served on the Board of the Jack and Jill Foundation. True to his class, he was a member of Sigma.

RIP: Beloved Harlem-born denizen and activist Helena Nelson Horsford, 69, widow of realtor Victor (Butch) Horsford, Jr. passed on February 19 battling a chronic illness. She is survived by her children Vonetta and Anthony and four grandchildren.
RIP: Edward J. Louis passed last week and was fondly remembered in a NY Daily News piece, “What My Father Taught Me: Remembering Edward J. Louis,” written by his son Errol Louis, NY1 political anchor. Born in Harlem in 1934, to Trinidadian parents, Edward married had children and worked for the NYPD for 30 years, retiring as Commander of the 73rd Precinct in Brownsville, Brooklyn. From Errol’s account, his dad was a marvelous teacher and the hero of an adoring son.

RIP: Douglas Turner Ward, 90 died in New York on February 20. Ward was an actor, director, playwright a household name in Black theater circles since the 60s. Co-founder of the Negro Ensemble Company, NEC, he was its guiding light. Impatient with the exclusion of Blacks in NY mainstream and Off Broadway scene, he got a Ford Foundation grant which gave birth to his dream. Its early productions “The River Niger,” “Home,” “A Soldier’s Play” were successes capturing Obies, Tonys and Drama Desk Awards, a never ending NEC tradition. Almost all of today’s Black theater people did freshman courses under Douglas Turner Ward at the NEC.
A Harlem-based brand/media consultant, Victoria is reachable at victoria.horsford@gmail.com