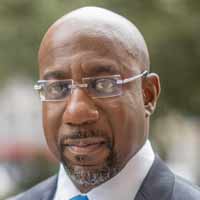 THE YEAR 2020
The year 2020 in the Common Era has significance like no other. It was the first time in a century that a virus pandemic, COVID19, devastated the planet and world economies. More than 331, 000 American lives have been claimed by COVID19, as of this writing. In America, it was the year of home lockdowns, social protests, job losses, food insecurities, KARENS, militias, white supremacists, domestic terrorism and the list goes on.
It was a year of American reflection on Black Lives Matters, social inequalities and other democratic institutions. The year 2020 marks the end of the most chaotic malevolent presidency in US history. Prayerfully, 2020 will not be repeated in the readers’ lifetime save for the introspection it provoked about our common and shared humanity. HAPPY 2021!

DECEMBER 2020
Most Americans are pleased with Joe Biden 11/3 presidential election victory. Still trying to understand President-elect Joe Biden’s choices, especially about the dearth of African Americans named for top cabinet jobs. He is to be commended for his choice of Retired African American Army General Lloyd Austin to helm the Department of Defense. Ohio Congresswoman Marcia Fudge, as HUD Secretary, was looking forward to Agriculture where her creds reside. Pete Buttigieg, yes, a polyglot Rhodes Scholar and former Indiana mayor, but what are his Transportation creds? It’s a fait accompli if the nominees pass muster with the US Senate. Most of Biden’s cabinet choices are moderate/centrists, aged 50-plus. What did the young progressives get from their considerable Biden electoral support? Connecticut Schools chief Dr. Miguel Cardona is Biden’s choice for Secretary of Education. The Congressional Hispanic Caucus demanded five top Cabinet posts. Alejandro Mayorkas is Biden’s pick to head Homeland Security; and California Attorney General Xavier Becerra is his Health and Human Services Cabinet choice. Asian Americans are pissed that no one from their group has been named to a cabinet post. Biden’s choice of Native American Congresswoman Deb Haaland of New Mexico as Secretary of the Interior is an inspired one! Keep hearing that Tom Perez, DNC Chair, is on Biden’s shortlist for Attorney General! Huh?!

BY STATE
Georgia: By 12/29, more than 2.3 million of state’s 7.7 million eligible voters will have cast ballots for the two most coveted US Senate seats; contestants include Democrats Jon Ossoff and African American Rev. Raphael Warnock vs. incumbent GOP Senators renown for corruption to determine which party dominates the US Senate and the President-elect Biden’s legislative agenda. What happens to political phenom Stacey Abrams, who registered almost 1 million Georgians, many of whom crossed over from red to blue status and voted on 11/3 for Biden? She deserves a cabinet post.

California: Thought that Democratic Governor Gavin Newsom would name an African American woman like Congressmembers Karen Bass or Barbara Lee to succeed US Senator Kamala Harris, who is Vice President-elect. Newsom named Latino Secretary of State Alex Padilla to succeed Harris. Guess that he is numbers crunching. California’s population is 40% Latino and 39% white.

Ohio: Who will Governor Mike DeWine name to succeed Representative Fudge, HUD nominee, when she is confirmed by the Senate? Will it be African American Democratic firebrand former state senator Nina Turner, a Bernie Sanders for President co-chair and spokesperson in 2016 and 2020.

NEW YORK POLITICS
Albany: NYS, in special session, passed the nation’s most comprehensive anti-eviction law, which bars landlords from evicting tenants for at least 60 days. Law is in response to the COVID19 crisis and job losses. The law was enacted on 12/28, coincidental with news about approval of the $900 billion federal relief package from which NYS will get $1.3 billion in rent relief. New York neighbors New Jersey and Connecticut have passed similar laws.

If African Americans learned anything this year, it is that Black Voters Really Matter!

A Harlem-based brand/media consultant, Victoria can be reached at victoria.horsford@gmail.com.