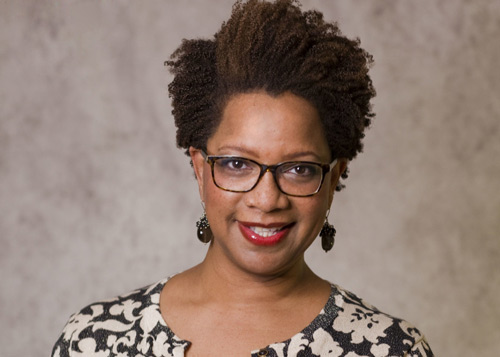 Winter arrived on 12/21 as the world approaches the holidays. That same day was when the two largest planets in our solar system, Jupiter and Saturn, formed a conjunction, appearing as one, an occurrence which happens every 800 years.

Their qualities are as different as day and night. That was the same day that the US Congress and Senate, two disparate bodies approved a belated $2.3 trillion relief plan, a holiday gift for many Americans. The money breakdown: $1.4 trillion to keep the federal government afloat and $892 billion for pandemic relief; The 900 billion assistance package includes $285 billion for renewed Paycheck Protection Program through March 31; NY gets $1.3 billion for rent relief. Direct payments of $600 could reach Americans by next week. Basic survival, a necessity spread through 50 states, informed the bipartisan Congressional vote. The $2.3 trillion is a start for Democratic/Republican detente.

The clock is ticking and there are 27 days, from 12/25, for the Trump countdown. His sights are set on January 6 when Pence oversees the confirmation of Joe Biden electoral college victory before a Joint Session of Congress. Trumpeteers plan to disrupt the proceedings, in another futile attempt to steal the 11/3 election. Mr. President, do something proactive to mitigate our national COVID19 disaster and press FEMA into service as it did this earlier this year in NY. This is still the USA, not Belarus, Hungary, Poland or Uganda. Trump needs to stop fixating on his loss and think about his legacy.
Georgia are you listening. Democrats Jon Ossoff and Raphael Warnock are the nation’s hope for the US Senate and that more perfect union aka USA!

NEW YORK NY
We anticipate next year to usher in hope and abundant blessings. A new US President New Year ushers in a new Democratic Presidency and a busy year for the New York electorate.
There are races for the Mayor, Public Advocate, the Comptroller, the NYC Council and other local races like the District Attorneys offices. At last count, there are about 30 people interested in the Mayoralty. The City Council races, 34 out of 51races. Young socialists, district leaders, NYS Assembly members and Senators, Millennials, Gen Xers. Pre primary is going to be like a circus. Brooklyn Boro Prexy Eric Adams, a mayoral hopeful got the city’s first media endorsement from Our Time Press last week.

ARTS/CULTURE
THEATER: Vy Higginsen’s The Mama Foundation for the Arts, kicks off 2021 with a Gala Celebration and Virtual Winter Concert with live performances and celebrity guest appearances on January 9 at 5 pm, EST, which will be streamed Live on LOOPED. Award-winning NY1 TV news anchor Cheryl Wills is the Gala honoree and recipient of the Second Annual Doris Troy Legacy Award for Women in Entertainment. Harlem-based, The Mama Foundation For the Arts is the epicenter of Black musical theater and culture, specializing in Gospel, Jazz, R&B. Mama Foundation is synonymous with excellence, including an inventory of musical productions like“Mama, Want to Sing”” and “Alive 55+ And Kickin;” and its coveted Gospel for Teens Academy, showcased on a CBS-TV “60 Minutes” segment. Visit mamafoundation.org/live to purchase tickets.

PHOTOGRAPHY: The “Working Together: The Photography of the Kamoinge Workshop, exhibit at the Whitney Museum, NY through March 28. The retrospective includes 150 photos by 14 of the founding Kamoinge members and a 300-page illustrated catalog with a foreword by Dr. Deborah Willis. Kamoinge is a group of Black fine arts photographers who pooled their resources for exhibition and promotion in 1963. Early members include uber photogs like Tony Barboza, Adger Cowans, Ming Smith, Daniel Dawson, Shawn Walker. In 1993, the group became Kamoinge Inc. Kamoinge is a Kenyan Kikuyu word which means a group of people working together.

SWEET CHARITY
Philanthropist MacKenzie Scott, the former Mrs Jeff Bezos of Amazon, was on another spending spree, gifting more than $4.1 billion during the past 4 months of 2020, to American nonprofits who were disproportionately affected by the Pandemic. More than $800 million, all no strings funds were allocated to education institutions, including HBCU’s 1) Morgan State, Maryland, $40 million 2) Prairie View A&M University, Texas, $50 million, the largest gift in its history which increases its endowment by almost 40% to nearly $130 million, one of the largest HBCU endowments. Prairie View President Ruth Simmons is former Brown University president 3) Mississippi Alcorn State University, $25 million. Two City University of NY campuses were beneficiaries of the Scott gifts: the Boro of Manhattan Community College, $30 million and Lehman College in the Bronx, $30 million.

NEWSMAKERS
Congrats to Cheryl L. Duncan who made the Observer’s 2020 PR POWER 50 List. Founded in 2005, her Cheryl Duncan and Company Inc. public relations firm boasts an impressive past and present roster of corporations and nonprofits in the arts, culture, entertainment and social betterment, with clients like the National Black Theatre, the NYC Korean Parade, the African Film Festival, the Essence Music Festival and Black Public Media’s 40th Anniversary. As a PR consultant to the Terrie Williams PR agency she worked on campaigns for the late music legend PRINCE; Alex Haley’s ROOTS: the 30th Edition’ and the successful Hall of Rock and Roll bid for jazz titan Miles Davis. The Observer is an online paper, a spinoff of the NY Observer.