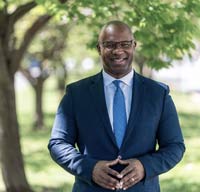 CORONAVIRUS 2020
America, like the rest of the world, is in a state of flux, owing to the unwelcome visitor, a coronavirus pandemic and its attendant ills, widespread unemployment, poverty and a global recession. Few world leaders, least of all POTUS 45, were prepared for the virus devastation. Scientists are working feverishly for a vaccine. Consequently borders were closed and war was declared against the germ. For almost three months, most Americans in lockdown were quarantined at home, or face-masked and social distancing when hitting the streets. Since early June, most of the United States is returned to business in measured steps, proceeding with caution, lest the epidemiologists prove that they know a thing or two about virus behavior.

While uncertainty permeates the economic landscape as the virus seems to be arrested, everyone – employers, employees, unemployed – proceeds with caution. The COVID-19 report card through June 22 is filled with lessons about gloom and doom. Globally, more than 9,125,615 people have been infected by the virus with 469,964 deaths. In the USA more than 2,388,225 people have been infected with 122,611 deaths, roughly 20% of the worldwide stats, a worrisome figure for a nation that represents about 4% of the planet’s population and the erstwhile leader of the world. In New York State there has been 388,488 infections with 24,739 deaths. The NYC infection rate is 212,741 with 22,321 deaths. The City lost 940,000 jobs since March. Alas, Governor Andrew Cuomo has discontinued his informative updates about the smart way to battle a relentless enemy.

Amid the COVID-19 pandemic, a social movement virus infected Americans and has impacted the world. It began with the 5/25 murder of African American George Floyd in Minneapolis, Minnesota, while he was in police custody, which was filmed and then went viral in social media and throughout the world. The death symbolized one of the many fault-lines in American society, police culture and brutality vis-à-vis Black people. The tragic death elevated a renewed importance to the Black Lives Matter movement, which came front-stage-center in the American media world. Protests all over the US displaced fears of COVID-19. Blacks, whites, young and old marched against police culture and other societal discontent in Europe, Australia, South America and many nations that do not treat many of its indigenous people fairly. Millions of dollars flow to Black Civil Rights and social equality organizations since the culture of protest started to infect America, almost a month ago. Protests brought about the Civil Rights Act of 1964 and the Voting Rights Act. America was/is feeling good again. The George Floyd ethos seemed to have spilled over to two US Supreme Court rulings last week, one that upheld DACA (Deferred Action for Childhood Arrivals) and the other that states that the 1964 Civil Rights Act protects the LGBTQ employees from discrimination. The two rulings are Trump Doctrine averse.

ELECTIONS 2020
All Of The Presumed Presidential Nominee’s women: Joe Biden has a baker’s dozen of women under consideration as his VEEP, seven of whom are African American and Latino, which include the usual suspects: Stacey Abrams, former Georgia Gubernatorial candidate; Atlanta Mayor Keshia Lance Bottoms; US Senator Kamala Harris; Former US Ambassador to the UN Susan Rice; Congress member Val Demings and Latina Michelle Grisham. California Congress member Karen Bass was added to list on 6/22. It was nice of US Senator Amy Klobuchar to withdraw from the race. She lost all credibility when stories unfolded about her life as a Minnesota prosecutor too cozy with its police culture, which was predicted in this column last week.

The NY Board of Elections is the worst. Hope that it is not a forecast of things to come in November. Many friends complained about requesting mail-in ballots, and getting no responses. Three days before the 6/23 Primary, a notice arrived about a polling place change of venue. A change of venue was put into effect in 19 polling places. NYS Attorney General Tish James advised DOE that all people who came out to vote could not be turned away at 9 PM. The NY BOE practices, like the change of poll venues and failure to deliver mail-in ballots must be investigated. Those practices would benefit incumbents.

ARTS/CULTURE
Read poet/scholar Elizabeth Alexander’s meditation, “The Trayvon Generation” in the June New Yorker magazine. She defines not just an era, but the long history of violence against Blacks in America and our survival tools and skills.

Robin Hood Foundation President Wes Moore, the Rhodes Scholar and author of The Other Wes Moore, penned a new book, Five Days: The Fiery Reckoning of An American City which is about Baltimore resident Freddie Gray, who died in police custody.
DW Solutions, LLC and Attorney Sylvia Gail Kinard will host a Zoom Meeting, I OWN IT, a discussion for and by Women Business owners, featuring Moronke Oshin-Martin, and Leith ter Meulen, founder/owner of LandAir, on June 25, 12-1 pm ET. Meeting ID 813-4454-6759 Password 189173. Register at dwsolutions2020@gmail.com.
The Greater Harlem Chamber of Commerce presents The Harlem Summits, a 3-part series to be livestreamed at Facebook.com/HarlemChamber/Live from 6-8 pm. The Summits’ subjects are Fathers Summit; Gay Pride on 6/24; and Black Music Month, 6/30.

A Harlem-based branding and media consultant, Victoria can be reached at victoria.horsford@gmail.com