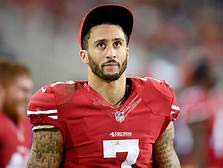 The fortnight from May 25 to June 7 will be one for the history books. Was last week akin to an Arab Spring for America and/or the world — or was it just an isolated incident? Cannot remember any comparable experience. The story unfolds as George Floyd, a handcuffed African American, was killed by a white Minneapolis policeman and three accomplices. They were fired, but not charged with any criminal offense. The murder was videotaped and posted to social media. It took four days for authorities to charge the offending ex-cop with third-degree manslaughter, and another week to press charges against the three cop accomplices.
The floodgates of American rage, of African Americans and all Americans, opened. What followed was a week of marches, protests, taking the knee and assorted acts of kindness, COVID-19 notwithstanding. That ran parallel to reprehensible acts like torching police stations and property, aggressive anti-police behaviors, looting, riots and police overreaction. Americans of all colors seem to have understood that Floyd’s death was another senseless police killing of a man because he is Black. Those marches, the movement of solidarity with Black Americans for equality, are meaningful only if American society will embrace change and reform.

Didn’t billionaire HIPHOP mogul Jay-Z declare last year that, “we are past kneeling,” after he signed a deal with the National Football League? Erstwhile Colin Kaepernick supporter Jay-Zee abandoned the quarterback for a deal. Wasn’t Kaepernick the NFL player who started “taking to the knee” during the National Anthem to protest police brutality towards Blacks, and then was ostracized by the NFL? However, last week NFL Commissioner Roger Goodell revoked the ban on taking the knee at games, having learned something about racism after experiencing the enthusiastic American marches and protests for racial equality. Let’s see what happens to Colin Kaepernick and the NFL.
Saw JP Morgan CEO/Chair Jamie Dimon, Goodell, governors, mayors, police brass, taking the knee last week. On Capitol Hill, Democrats like Nancy Pelosi, Kamala Harris, Chuck Schumer, Hakeem Jeffries convened on 6/8 to craft their “Justice In Policing Act of 2020,” while donning kente cloth scarves, took the knee. Guess that Jay-Z misspoke last year. Rest In Peace, George Floyd, who was COVID-19 positive; but he died from the incurable American disease, racism. Yes, Black Lives Really Matter!

On May 25, NY had another ugly racial incident when a Canada-born woman, Amy Cooper, took offense to Black birdwatcher Christian Cooper, who asked her to leash her dog in Central Park. She called NYPD, begging for help because an African American man was threatening her. Huh?! Fortunately, Mr. Cooper recorded her threats before leaving the park. Neither one was in park when NYPD arrived. He went and uploaded Amy’s tirade and posted to social media. Imagine what could have happened if the police arrived and listened to Amy! Bad deeds have multiple unintended consequences. Amy lost her adopted dog, lost her job at a Wall Street firm. Again, racism was at play. It is interesting to note that foreign whites learn how the game of white privilege is played and the unequal status of Blacks in America. Christian Cooper is a Harvard graduate, an Audubon Society trustee who is vulnerable to the whim of white malevolence.

New York City comes out of the COVID-19 doldrums on June 8, as it enters phase one of business re-openings after the two-month quarantine. Subways trains are crowded and the bus rides are still free. The Class of 2020 June graduates still balk; many do not know if they will attend a college campus in September or begin their freshman year by remote learning.

CORONAVIRUS PANDEMIC
The virus has been detected in most nations on the planet. The worldwide coronavirus pandemic statistics on June 8 follow: Total number of infections is more than 7,100, 000, with 406,594 deaths. In the United States the total number of infections is 1,970, 613 with 110,966 deaths. In the US and around the world, there has been a recent surge in infections, many of which could be related to the large groups of protestors for almost 10 days, many not observing the social-distancing rule and some without face masks. All protest participants are encouraged to take a COVID-19 test immediately.

JUNE 23 NY PRIMARY
Congressional seats, NYS Assembly and NYS Senate races are on the ballot. Will the Democrats keep their two-chamber majority in Albany? Are Congressional seats safe for incumbents like Yvette Clarke in Brooklyn, firebrand Alexandria Ocasio-Cortez in the Bronx? Who gets the coveted seat vacated by Progressive Democrat Jose Serrano? Will it be Bronx Afro Latinos NYC City Council members Ritchie Torres, who is openly gay, or Ruben Diaz, Sr, veteran politico who is a conservative evangelical? Or will Assemblyman Michael Blake, who represents the district in Albany, prevail?