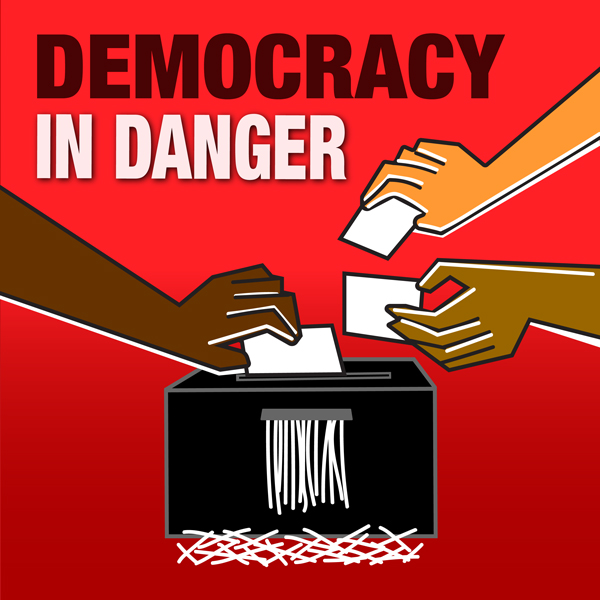 By David Mark Greaves
We have more “worst fear” days coming for America than we had ever imagined. The White supremacists have decided that if they are to act at all, before the country turns even less White and with everyone having a vote, then this is their time to make their move; voter suppression and gerrymandering are only a part of it. If they don’t like a vote, they are empowering legislators or even officials to overturn it. This is crazy stuff, but it’s real, and we’re seeing it across the country. The fascist Republican party is working to take over the United States and turn it into an authoritarian state with Donald Trump at the head, and we must do whatever is necessary to keep it a democracy.

Baby boomers never thought it would be like this. Standing on the edge of an authoritarian state. There had been the Civil Rights era, Vietnam, and the antiwar protests, the ending of the Cold War, all of it appeared to be headed, in fits and starts, toward a more positive future.

As Boomers, we never thought we’d be a party to destroying the world’s climate and losing the country to White authoritarian rule. And yet here we are, and it is happening right before our eyes.

Now the concern is, can we leave our children a functioning democracy and at least a chance to save the damaged planet we’re leaving to them. Fifty percent of the mass in the ocean is predicted to be plastic in 29 years. Snowpacks, which act as water storage systems, are shrinking and western reservoirs are lowering and will be supplying less and less water for agriculture, businesses, and homes.

In his New York Times August 4 article on water levels at Lake Mead and Lake Powell, John Schwartz writes “Wayne Pullan, the Upper Colorado Basin regional director for the bureau, said, ‘This is a serious situation.’
“Brad Udall, a senior climate scientist at Colorado State University, was more blunt: ‘I’m struggling to come up with words to describe what we’re seeing here,’ he said.

“The effects of climate change and water use management have led to “off the charts” water depletion, he said, comparing the water restriction measures that are currently in place to a parachute. ‘I worry that the parachute is not big enough,’ he said, “and that we didn’t deploy it soon enough.’”

The same could be said of the inadequate political parachute we are employing to save our democracy. We need the three big ‘chutes used when the space capsules come back. That means everybody’s got to be in this fight. Democrats, Independents, people on the street. Check out the political landscape and donate to the Democratic candidates running in the congressional and state attorney general races. Find the organizations fighting against the takeover, confirm they are legit, and send money.