UN: Climate To Get Worse and May Not Get Better
Advertisement 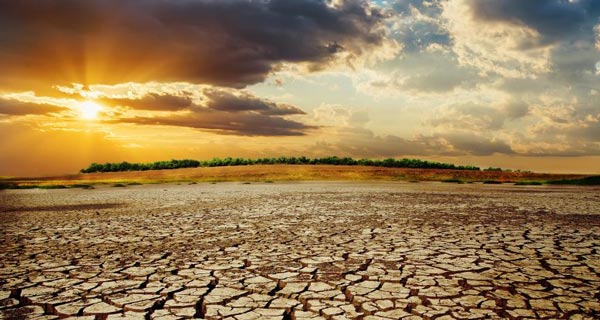 …and This is Only the Beginning

View From Here
By David Mark Greaves
The report from the International Panel on Climate Change is best described as terrifying. It says the earth, as we’ve known it, is changing for the worse due to human activity.
We are just going into it now, with worldwide wildfires, floods, and droughts, being only the beginning. The IPCC report says in effect that humanity received a verdant Eden and are irrevocably turning it into a reddish hell. In the same way we know of dinosaurs and the Ice Age, that is how future generations will know coral reefs, emperor pinguins, monarch butterflies and great hammerhead sharks.

They will not be looking forward to the summers that we have known, of lazy afternoons and evening breezes. They will look at the summer as the dying season, as rolling heat domes, like the one out in the Pacific Northwest that killed over a hundred people, become more frequent and more deadly.
They will witness mass migrations of humanity moving away from drought, flood and sea level rise and looking for somewhere, anywhere, else to go.

And even in the best scenario, some changes are “inevitable” and “irreversible,” and will last for a “millennia.” The nation must brace itself for this and we must get our young people ready.
The Biden infrastructure plan combined with the reconciliation bill takes the national moves necessary to begin addressing climate change. And now each level of government, every agency, and each one of us, has a responsibility to save even a little bit of the planet by reducing our collective carbon footprints. From eating less meat to growing plants, there are many small steps we can take that reduce our contribution to the inevitable coming catastrophe.

A Nation in Peril
The U.S. Census Bureau released today, the first local level results from the 2020 Census. “States use these data on race, Hispanic origin, and the voting-age population to redraw the boundaries of their congressional and state legislative districts.”
Justice columnist Taharka Robinson pulled our coat to the website fivethirtyeight.com which laid out the danger. “It’s hard to overstate the impact that redistricting will have over American politics for the next 10 years. Republicans enter this redistricting cycle with the power to redraw 187 congressional districts to Democrats’ 75,1 which means redistricting could hand control of the House of Representatives back to Republicans in 2022 all by itself given Democrats’ mere eight-seat majority.”

According to the Cook Political Report’s 2021 Redistricting Overview, “Our initial forecast is that Republicans might reasonably expect to net between zero to ten seats from new maps. In other words, they could gain all six seats they need for House control from reapportionment and redistricting alone.”

However, all may not be loss. The Cook Report goes on to say, “But keep in mind: as large as redistricting looms over the 2022 House fight, it can’t and won’t determine control by itself. There will still be dozens of competitive districts next year “(especially in states where commissions or courts end up drawing maps), and candidate recruitment and the larger political environment will still end up helping decide which party captures 218 seats.”

There was a time when different political parties won the White House, and while there are adjustments, the government itself did not change. But in this time, when one party ignores science
We are a part of that “larger political environment” and we have to make it as noxious to the Republicans as we can. And that includes supporting progressive out-of-state candidates by sending campaign donations.

UN Report: Humans The ‘Unequivocal’ Cause of Climate Change