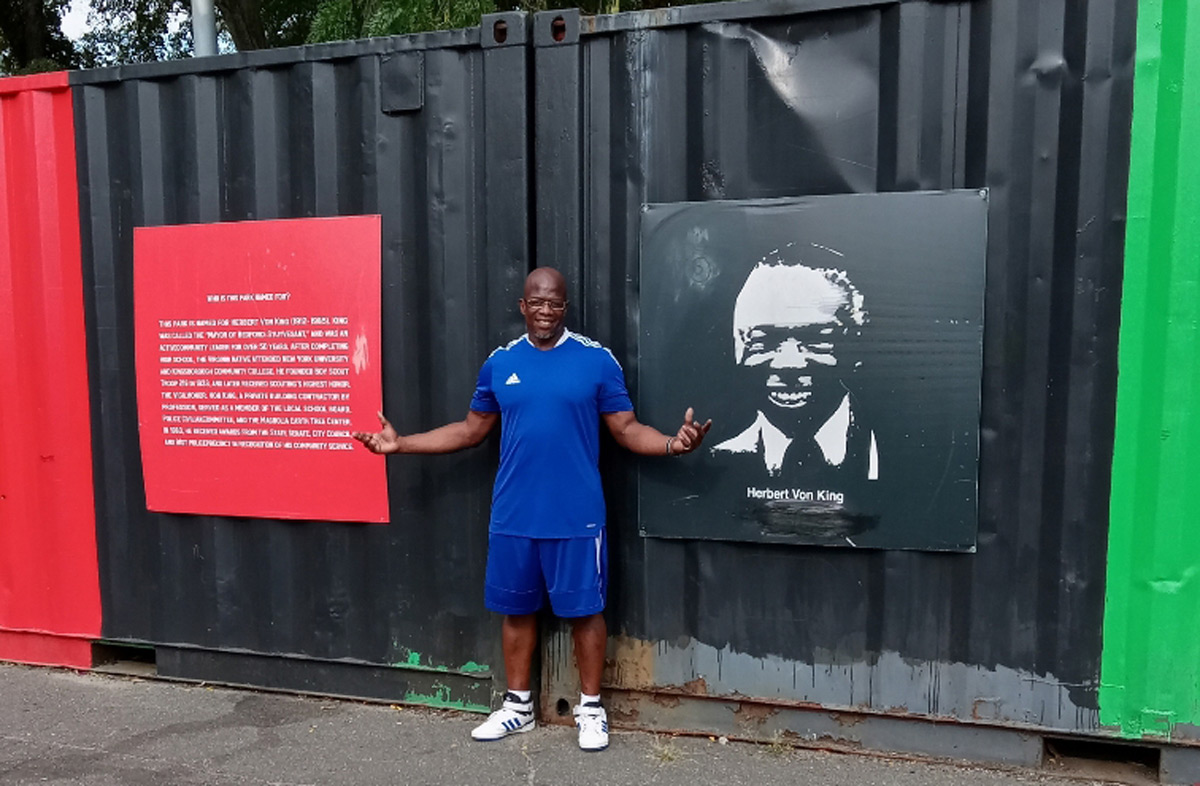 Herbert Von King (1912-1985), often referred to as the “Mayor of Bedford Stuyvesant,” served his community for more than five decades. According to Suzanne Spellen, Brownstoner.com, King, a building contractor, “was a community activist who championed Bed-Stuy causes and improvements.” He passed in 1985, the year Tompkins Park (Marcy Avenue, Tompkin Avenue, between Greene Ave and Lafayette Avenue) was renamed for him.
There’s more than a surname connecting world leader Rev. Dr. Martin Luther King Jr. to the grassroots community leader.
Rev. King found inspiration and peace in Brooklyn.

The Rev. Gardner C. Taylor of Concord Baptist Church of Christ was an adviser. In 1951, Rev. King, then 22, delivered a sermon at the church. After a near-fatal stabbing in Harlem, King convalesced at a Brooklyn private residence, a few blocks from Taylor’s residence.
If the two kings knew each other, we’re confident the Brooklyn Boy Scout Troop 219, the elder King founded in 1933, four years after the reverend’s birth in Georgia, would have been the center of the conversation.