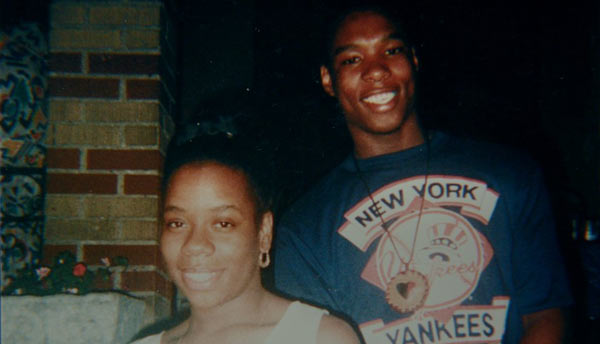 Paddy Duke. Anyone who has listened to WQHT 97.1FM in the last 20 years has heard that name.
Although he spent years behind the scenes as a radio executive and programmer at Hot 97, his name was well known to loyal listeners, especially to those listeners who tuned into the Angie Martinez show daily. The Angie Martinez show on Hot 97 was the highest rated urban radio show in that time slot in the entire Northeast Region, and Paddy Duke was part of its rise to prominence. Angie would often joke with Paddy Duke while on air, and their banter was significant enough that anyone who listened to the show would know the name.

The powerful documentary “A Storm Over Brooklyn” premiered on HBO a couple of weeks ago. The documentary unpacks the tragic murder of Yusef Hawkins which took place on August 23,1989,exactly 31 years and 2 days to the day that I am writing this article. Yusef was a 16-year old from East New York that traveled out to Bensonhurst with a friend that wanted to look at a 1982 Pontiac that he found in the classifieds. When Yusef and his friends arrived in Bensonhurst, they were met by a mob of white men from the neighborhood. The men had bats, and they surrounded Yusef and his friends. A man in the crowd, later identified as Joey Fama, fired at Yusef Hawkins, striking him in the chest and killing him. The documentary exposes the racist mindset of the young men involved in the mob-style murder, as well as the true feelings of many in that Bensonhurst neighrbohood in the late 80’s. For the first time, the documentary also offers up a closer look at many of the men who were in that wolf pack.

A total of eight young men faced charges in the incident, and although only Fama was convicted of the murder, others were convicted of some of the lesser charges such as menacing and unlawful possession of a weapon. One of the young men convicted of the lesser charges was Pasquale Raucci. You see Pasquale a few times in the documentary as a child being interrogated right after the murder and then again in the courtroom during thetrial.
Late last week, I received a text from an old friend. In that text, my friend asked me if I saw the documentary, and then he said that he heard that the guy Pasquale Raucci was actually Paddy Duke from Hot97. I didn’t even reply to the text because I was working. The next day, news came out that Hot 97 had fired Paddy Duke. Paddy Duke was indeed Pasquale Raucci, one of the guys convicted of being part of the mob that murdered Yusef Hawkins.

The context of the whole thing is astonishing. One of the white boys from Bensonhurst that chased down and murdered Yusef Hawkins spent over 20 years working with notoriety for one of the biggest Black radio stations in the country. According to his LinkedIn page, Raucci started working for the station in 1994. That’s just five years after Yusef was killed. Raucci rubbed elbows with some of the music genre’s biggest stars, and was invited into the Hip Hop culture by many of its architects. All the while, this man was directly responsible for one of the most heinous and racist acts of the Hip Hop era. The mere thought of him in that building, in those rooms, while songs like Chubb Rock’s Treat ‘Em Right played through the speakers disgusts me. When Chubb rhymed, “In your hearts and minds never forget Yusef Hawkins” did those words trigger Raucci to feel so troubled by his prior actions that he confided in someone about his true identity? Or, did he stand there just nodding along to the song as if he was really an ally, lying to everyone including himself?

In this era of cancel culture, consumers readily withdraw their financial support from celebrities, brands or corporations that have done something ethically or morally offensive. I cannot think of something more ethically or morally offensive than for one of the leading urban radio stations in the country to hire someone responsible for such a brutal hate crime as the murder of Yusef Hawkins. If the corporation that owns Hot 97 knew Pasquale Raucci’s true identity and they hired him anyway, that corporation should never again be afforded a place in the Hip Hop community. How dare they make a mockery of the death of Yusef Hawkins by hiring one of his killers to manage the programming of Black music. Unbelievable.

A Story about Vacationing in a Pandemic… And a Picture of a Vacation, During a Pandemic

When the Issue is Trauma and Trust