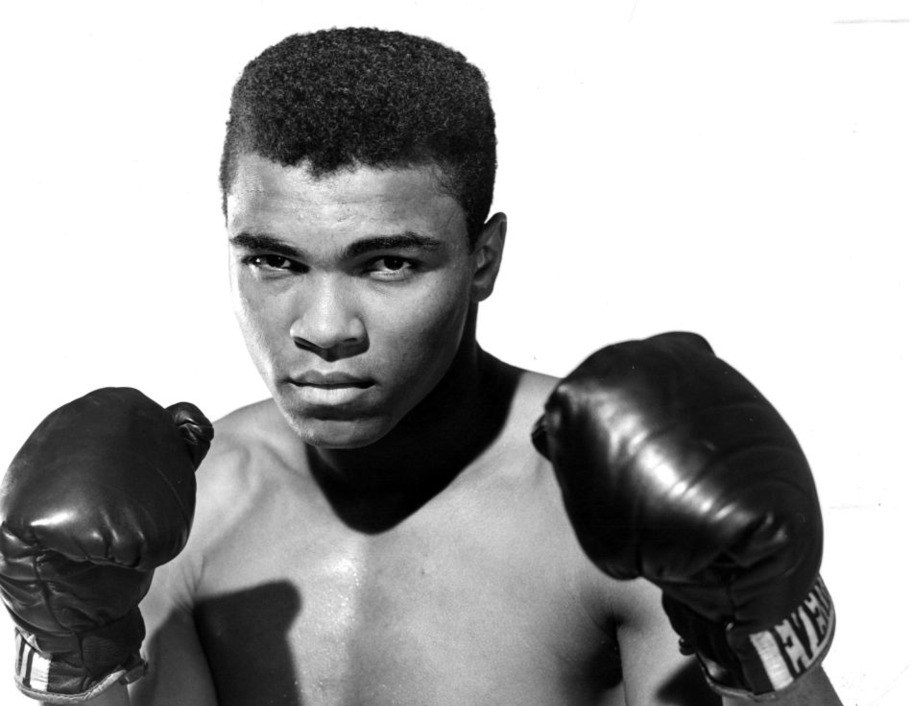 In sports, there will always be that one debate of which athletes are the best at that particular sport. Past or present, it will always be one where friends and family will express their opinions on who they feel is the best. It is a rarity where you can put up a list and say who is the best athlete of all time. If you were to make a list, how can you not include the name Muhammad Ali (aka Cassius Clay). Arguably, without a doubt, one of the most recognizable human beings in the past 30-40 years, Ali passed away at 12:10 PM last Saturday after a long battle with Parkinson’s disease. Ali was 74 years old. Who would of thought that at age 12 when a bicycle was stolen from him, a legacy would be created in Louisville, Kentucky. Several public figures such as President Obama, former boxers Floyd Mayweather and George Foreman, other sports stars like Derek Jeter, LeBron James and Steph Curry all recognized Ali and paid their respects through social media.

At 6-foot-3 and 210 pounds, Ali dominated in the ring with his cheetah-like speed and his thunderous power. Aside from his talents in the ring, it was his words outside the ring that raised eyes as well. He was far from shy in expressing how he felt about his opponents and other topics in general. On February 25, 1964 a champion was born as Ali shook the world (completely) when he defeated then-heavyweight champion Sonny Liston after Liston quit on his stool after the sixth round and winning the first of his three heavyweight titles.  Ali would go on to defend his title many times but had a portion of his prime stopped in 1967 as he was arrested after he refused to join the U.S. Army. Ali was then stripped of the belt, as well as his state license to fight. Ali was banned for three years. In one of his notable fights on October 29, 1974 in Kinshasa, Zaire, Ali overcame the odds and won back the heavyweight title with what is known as the “rope-a-dope” technique to score a 8th-round knockout of George Foreman. We also can’t forget the trilogy fights he had with Joe Frazier.

I remember waking up Saturday morning and looking at my phone and getting the news about Muhammad Ali. I can admit his passing touched me. He was and still is one of my idols growing up.  In fact, above my bedroom, I have a big picture of him. He made it OK no matter what race you are to stand up for what you believe in no matter how sensitive the topic is. He not only excited everyone with his moves in the ring, but his smooth poetry and his humorous interviews with sports journalist Howard Cosell. His quotes made me and I’m sure many kids and current athletes “float like a butterfly and sting like a bee”. Ali will surely be missed and without a doubt there will never be another quite like the “Louisville Slugger”. Rumble young man rumble!