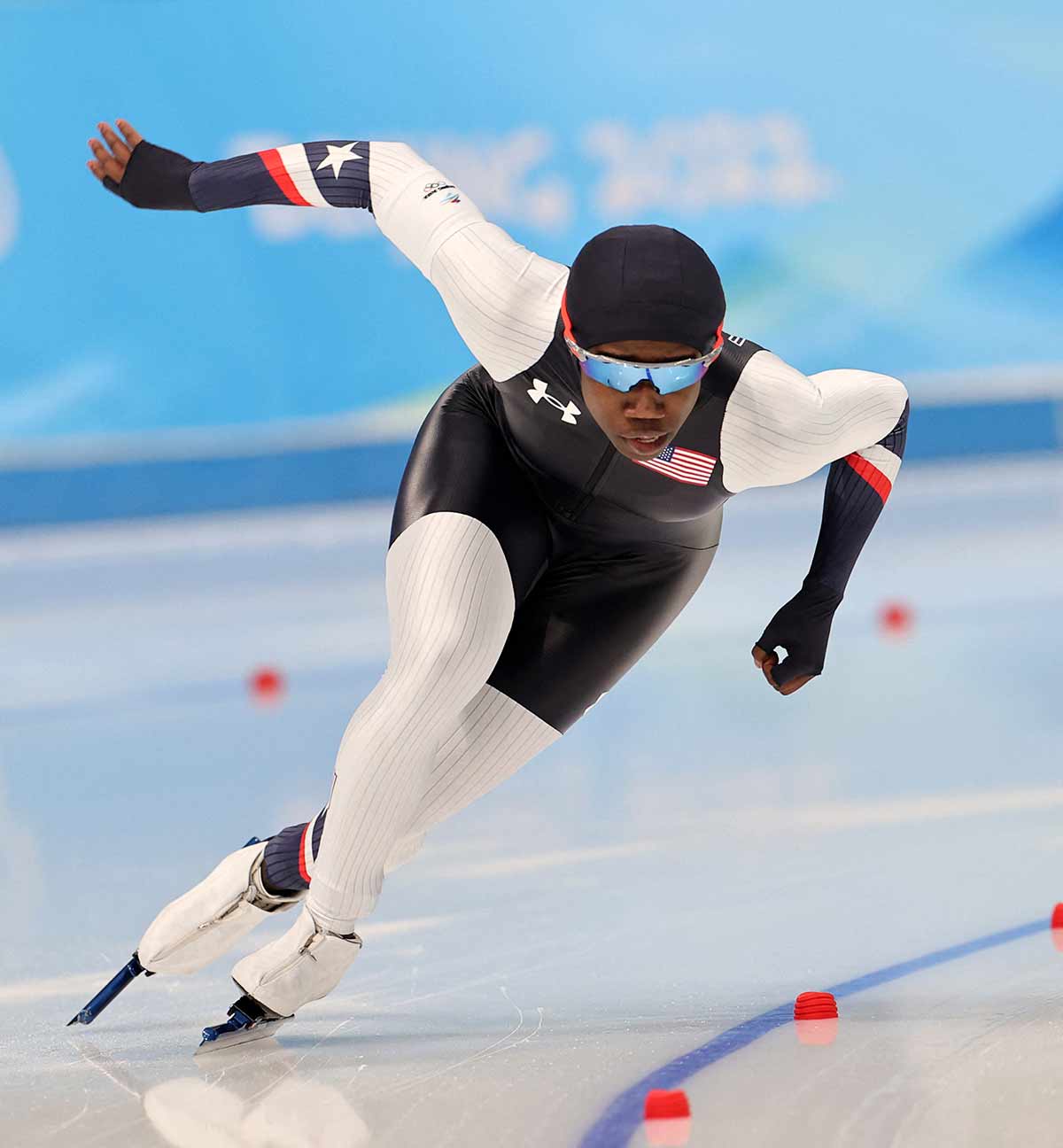 Mike Vulpo
Super Bowl Sunday isn’t the only sporting event with a champion.
On Feb. 13, Team USA’s Erin Jackson earned her very first Olympic medal after winning gold in the women’s 500-meter speedskating race thanks to a speedy time of 37.04 seconds.
If that wasn’t impressive enough, the 29-year-old Florida native also made history by becoming the first Black woman to win Team USA a gold medal in speed skating.
“Olympic Champion,” Erin wrote on Instagram after her race. “It’s going to take me a while to process those words.”

She immediately received support from fans and athletes including the US Speed Skating team who wrote, “You deserve every second of this!!!! Soak it in.”
As if the win wasn’t sweet enough, many Olympic followers may remember the touching story of how Erin made it to Beijing. Despite being ranked No. 1 in the world, Erin stumbled during the Olympic trials, jeopardizing her chase for gold.

But in an example of true sportsmanship, close friend and fellow skater Brittany Bowe didn’t hesitate to offer Erin her spot.
“It’s the right thing to do,” Brittany told NBCSports.com in January. “There’s not a doubt in my mind that she wouldn’t do the same thing for me. She has earned her spot; she deserves it.”
As for Erin’s reaction to the gesture, she was blown away. “Just for her to do something like this for me, it’s amazing,” she said. “I’m just incredibly grateful. I’m really humbled, and she’s just an amazing person.”