To Play or Not to Play
Advertisement 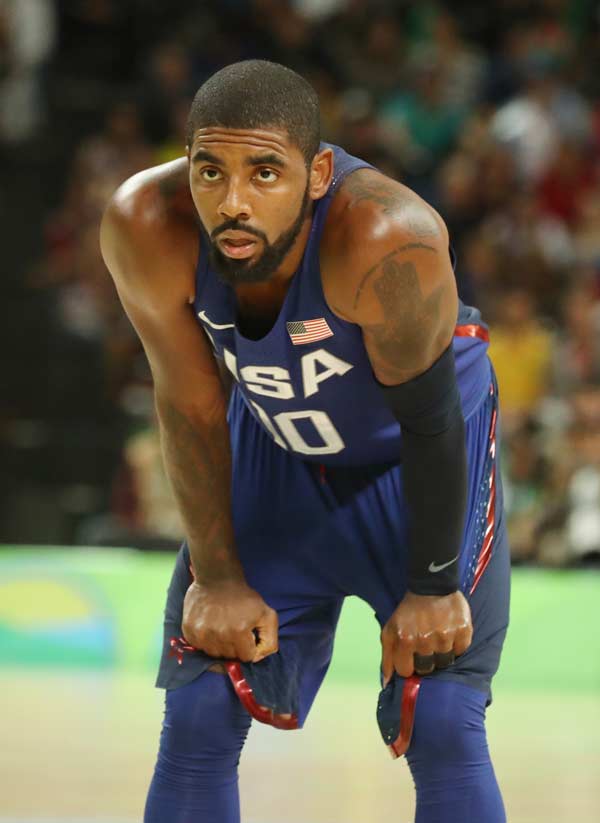 By Eddie Castro
The Covid-19 Pandemic changed the entire sports world as we know it. Several sporting events were postponed and the excitement of going to a game and hearing the great roar from the crowd was no more. As the sports world begin to return to “normal”, there have been athletes who have been critical against taking the vaccine. One of those sports figures to be public against taking the vaccine is Brooklyn Nets Star Kyrie Irving.

One of the current New York City mandates is the ban of the unvaccinated from large gatherings. Irving is one of the biggest stars on the team and has remained committed in not taking the vaccine, which has caused him to miss games.  Although it appears he has gotten the support from teammates Kevin Durant and James Harden, as well as Head Coach Steve Nash, there has been many NBA fans including Brooklyn fans who are getting impatient with Irving’s antics. Aside from not taking the Vaccine, Irving has been caught on video at a club celebrating his sister’s birthday mask-less. He also abruptly missed 2 weeks last year during the season in which he claimed his focus was on the U.S. Capital attacks and not on basketball.

Although the Nets do not have Irving on the floor for them, the team is currently in first place in the Atlantic Division with a win-loss record of 12-5. Dating back to last year, their record was 24-11 without Irving, however, I think I speak for all Nets fans when I say that this team will need the talent and services that Irving brings alongside Durant and Harden. We all know the vaccine is a choice. In Kyrie’s case, is his commitment strong enough to not be on the floor with his team? A team that has the talent and the agility to become the next championship team. The organization has already stated that they will welcome Irving back with open arms in the event the city mandate changes or if he decides to take the vaccine. Regardless of his decision, it will continue to be one of the biggest off-field topics and will continue to be so if Irving is not on the court come playoff time.
SPORTS NOTES: On behalf of myself and everyone here at Our Time Press, we would like to wish everyone a safe and Happy Thanksgiving!