The Foxes in the Queen’s House
Advertisement 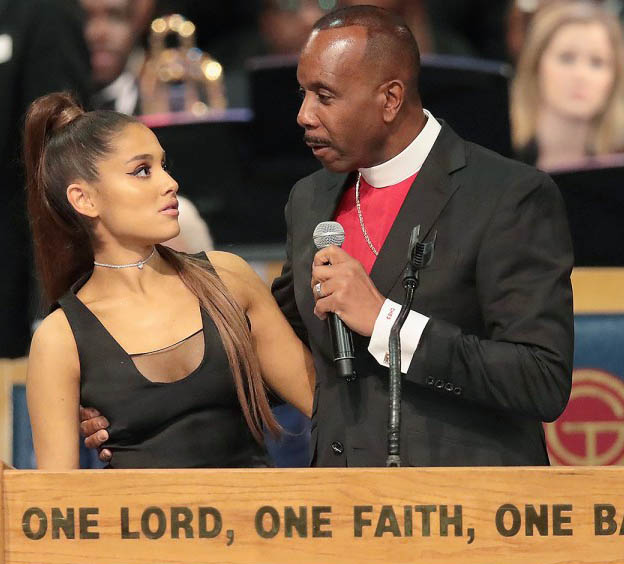 I was going to title this article The Pulpit Was Toxic, but I definitely did not want to allow for the indiscretions of two preachers to mitigate the excellence that was our Queen Aretha Franklin, nor muddle the homegoing services even worse than the both of these so-called holy men literally attempted to do while presiding over the funeral of one of the most important cultural innovators of the 20th century. Because Aretha really meant that much to our experience. More than the music, more than the style, the energy she gave this world created sonic influences that will continue to touch us into the next era. I was listening to her catalog and heard at least a half-dozen songs that were sampled by hip-hop artists, and I hadn’t known that those artists got those sounds from Aretha. She has influenced my life in ways that I am still discovering.

As extravagant, as over-the-top, and as long as this funeral service was, Aretha deserved every minute of it. She deserved the wardrobe changes and the 150 pink Cadillacs. She deserved having dignitaries from across the nation forced to sit in their seats and be a part of this homegoing all day long. I don’t think Louis Farrakhan, Al Sharpton, Jesse Jackson and Bill Clinton have ever had to sit in a room together for 9 hours. Aretha did that. Fantasia singing on that stage barefoot and blowing from her gut out into the ether with praise and worship, Aretha did that. Michael Eric Dyson’s magnificent wordplay and stirring dedication, Aretha did that. She was worthy of all of it and even more.

What Aretha didn’t deserve is the obnoxious, predatory, disillusioned and misogynistic actions of so-called Bishop Charles Ellis III and so-called Reverend Jasper Williams, Jr. I use the term “so-called” because I know bishops and reverends who are upstanding and reverent, and disciplined and respectful, and quite honestly based on what I witnessed, I don’t think either of these men are deserving of those titles without my chosen prefix. To act in a manner anyway other than in the highest regard, during such an important cultural event, speaks directly to a man’s character. These two have holes in their buckets.

Charles Ellis is a 60-year-old man. Ariana Grande is a 25-year-old woman. After her performance at the funeral, Charles Ellis called her to the podium. As she approached, he put his arm around her upper body, his hand landing along the side of her breast. He grabs her in that manner while telling some stupid joke about thinking her name was an entree at Taco Bell. The whole thing lasted less than a minute, and in the context of a 9-hour funeral, many might have missed it. But as a father of two daughters and the brother of two sisters, I did not miss it. His actions were predatory, simple and plain. He does not know Ariana Grande, and he’s old enough to be her grandfather. Grabbing her in the way that he did, placing his hand where he did, and attempting to misdirect the whole thing with some stupid and offensive joke, these things are telltale predatory markers. Oftentimes, the predator will use his authority or position to elicit unnecessary touching from his prey. Did Charles Ellis really need to grab her body like he did, pulling her close to him and rubbing her breast in the process? Of course, he didn’t, but he did it because that’s what predators do. This is probably second nature to him. Even worse, this is probably second nature to many of the young women in his congregation, who Sunday after Sunday have to deal with this guy pulling them too close, grabbing them in ways they don’t want to be grabbed, all while saying something obnoxious and crude. Just the thought of that bothers me.

How are you chosen to eulogize Aretha Franklin and you spend an hour talking down to Black folk, and you never even properly eulogized Aretha Franklin? I dunno, ask Jasper Williams, Jr., because that is exactly what he did. A eulogy is a speech designed to give praise and high honor to someone who has recently passed away. Jasper’s speech did a lot of things, but it didn’t honor or give praise to Aretha Franklin at all. Case in point, Jasper went on for a few minutes about how 70% of Black households are led by Black women, but Black women can’t raise a boy to be a man. Two things wrong with that. First, he’s wrong about the number. 100% of Black households are run by Black women and they should be. Secondly, how do you make it a point to criticize the Black woman’s ability to raise sons when the woman you are eulogizing was a single mother of four sons? Either you were too lazy to have done your research or you know that Aretha had sons and you’re throwing shade at them and her. Either way, you are out of line. If throwing shade at a dead woman wasn’t enough, Jasper decided to shade an entire movement when he said, “Black lives must not matter until Black people start respecting Black lives and stop killing ourselves.” The comment lacked intellectual depth or sensitivity, and it also showed a lack of awareness for where he was and what he was doing. You’re at the funeral of Aretha Franklin talking about Black lives won’t matter until Black people stop killing each other? Jasper, have you lost your mind?

This week saw both men taken to task for their actions. The so-called bishop apologized for his actions, claiming that he didn’t realize how far up his hand was and admitting that he might have “crossed some borders,” which kinda sounded like part two of the Taco Bell joke. He seems to be used to apologizing for things like this. But even as Charles Ellis was giving a packaged apology, good ole Jasper doubled down on his rhetoric. On Labor Day, the Franklin family released a statement calling Jasper’s comments “offensive” and “distasteful.” Instead of copping to a lesser charge, Jasper went on record as standing by his statements, which proves that toxic masculinity isn’t a surface-level disease. It’s terminal, and many of us have it our whole lives and eventually die with it.

One of the biggest issues that the younger generation has with the Black church is that they can see through a lot of the dogma and maxims and they don’t see any truthful reconciliation on the other side. You can pontificate on the story of David and Goliath for an entire summer Sunday but if you can’t show through your own ways and actions the respect and the love that you preach about on the pulpit, millennials will see right through you. Your sleight of hand won’t work on them. As long as men like Ellis and Williams represent the Black church on a public stage, the next generation will find no reason at all to be a part of something so judgmental and predatory. And they shouldn’t, because men like that are counterproductive to our growth and development as a community, as a race and as a nation. I know for a fact if Queen Aretha was sitting in the pews, she would’ve been offended by their actions. Shame on them.

Will We Ever Forgive the NFL?