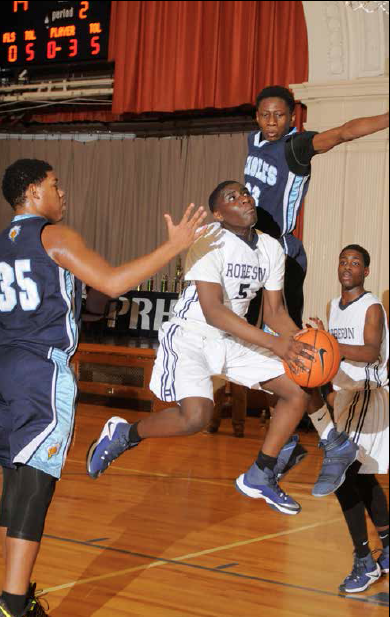 “It was a good game, I felt that both teams played really hard. It is great to come and play in Brooklyn, to play a good team like Paul Robeson. They worked very hard. Our guys/Eagle Academy brought the energy. Sometimes it is hard to come to a different crowd and bring the energy, but we brought the energy on the defensive. I thought we came together as a group focused on the defensive side which led to our offensive side, especially in the second half.”

“It may have been growing pains. A lot of the guys are young and it can be rough.

They are just maturing. There is a difference between junior high school basket-ball and high school basketball. The team is going through the motions right now. The team hustled and scored some great shots during the game. The defense was beefed up the last 3 periods of the game.