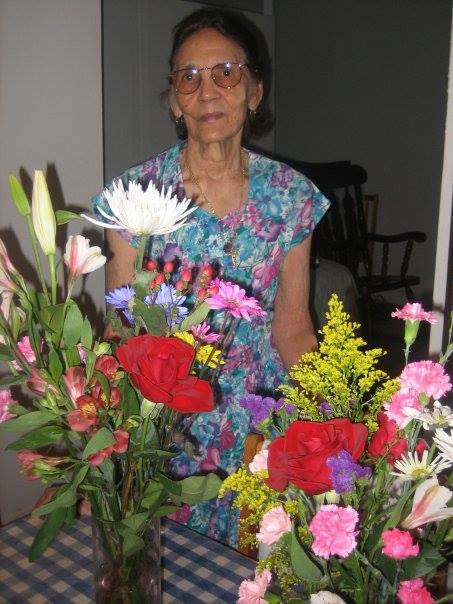 Mimose, or Mimine, as she was affectionately known, was born Rose Margueritte Mimose Pinckombe on February 2nd, 1921 in Port-au-Prince, Haiti. She was the daughter of Mr. Emmanuel Pinckombe and his wife Athalie Vieux-Pinckombe; the eldest of eight children. Mimose completed her Secondary Education at age 16 and immediately began working as a legal secretary in the Justice Department in Haiti during the administration of President Stenio Vincent in 1937. She was young and inexperienced with government administration, but very intelligent, independent, open-minded and willing to learn from several notable mentors including her mother Athalie. Although Mimose was not tenured, she continued working through the administration of President Elie Lest (1941-1946). She was eventually appointed to her official post as Legal Secretary by President Dumarsai Estime (1946-1950) and continued her career under several more presidents including Paul Magloire (1950-1956) and Francois Duvalier (1957-1965) when her tenure ended as the Administrative Assistant to the Director of Haiti’s School of Agriculture.

In 1965, Mimose emigrated to New York with her three children: Raymond, Jr., Betty aka Modupe, and Ronald Jean-Pierre to join her ex-husband Raymond Jean-Pierre, Sr. Though they divorced before leaving Haiti, Mimose and Raymond, Sr. remained very close up until Raymond, Sr.’s death in 1972. Mimose married twice; she first married Gonel Lochard, the father of her eldest child Ms. Janine Kali Lochard (now deceased); however, as many knew, Raymond, Sr. was the love of her life.

After moving to New York, Mimose taught herself to speak English, but was not considered qualified for the same job opportunities that had been made available to her in Haiti. Mimose did not let those challenges keep her from supporting herself and her children; she took a job as a domestic worker, a profession from which she retired in 1989 to care for her granddaughter Tanagna Payne. Throughout her life, Mimose cared for many of her grandchildren, both adopted and biological. She was a caring, beautiful, strong, immovable force of nature. She loved, and was loved very deeply.

The Roots of Friendship Start Here