Where Do We Go From Here?
Advertisement 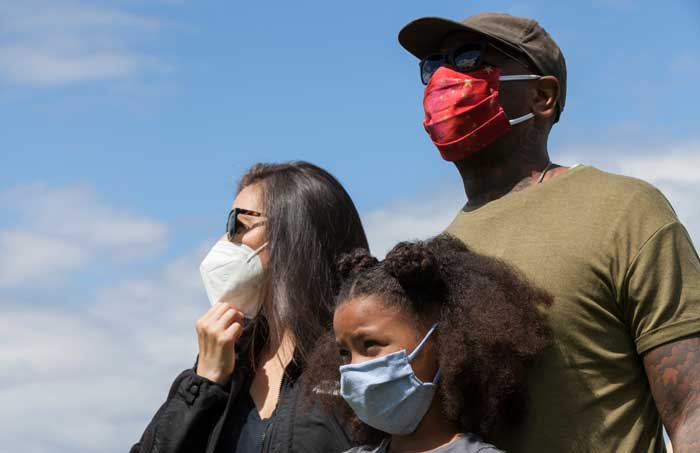 Democracy was never meant to be transactional — you give me your vote; I’ll make everything better.
It requires an active and informed citizenry. So I am also asking you to believe in your own ability — to embrace your own responsibility as citizens — to make sure that the basic tenets of our democracy endure.
Because that’s what at stake right now. Our democracy.
Look, I understand why many Americans are down on government. The way the rules have been set up and abused in Congress make it easy for special interests to stop progress. Believe me, I know. I understand why a white factory worker who’s seen his wages cut or his job shipped overseas might feel like the government no longer looks out for him, and why a Black mother might feel like it never looked out for her at all. I understand why a new immigrant might look around this country and wonder whether there’s still a place for him here; why a young person might look at politics right now, the circus of it all, the meanness and the lies and crazy conspiracy theories and think, what’s the point?
Well, here’s the point: this president and those in power — those who benefit from keeping things the way they are — they are counting on your cynicism. They know they can’t win you over with their policies. So they’re hoping to make it as hard as possible for you to vote, and to convince you that your vote doesn’t matter. That’s how they win. That’s how they get to keep making decisions that affect your life, and the lives of the people you love. That’s how the economy will keep getting skewed to the wealthy and well-connected, how our health systems will let more people fall through the cracks. That’s how a democracy withers, until it’s no democracy at all.
We can’t let that happen. Do not let them take away your power. Don’t let them take away your democracy. Make a plan right now for how you’re going to get involved and vote. Do it as early as you can and tell your family and friends how they can vote too. Do what Americans have done for over two centuries when faced with even tougher times than this — all those quiet heroes who found the courage to keep marching, keep pushing in the face of hardship and injustice.
Last month, we lost a giant of American democracy in John Lewis. Some years ago, I sat down with John and the few remaining leaders of the early Civil Rights Movement. One of them told me he never imagined he’d walk into the White House and see a president who looked like his grandson. Then he told me that he’d looked it up, and it turned out that on the very day that I was born, he was marching into a jail cell, trying to end Jim Crow segregation in the South.

What we do echoes through the generations.

Whatever our backgrounds, we’re all the children of Americans who fought the good fight. Great grandparents working in firetraps and sweatshops without rights or representation. Farmers losing their dreams to dust. Irish and Italians and Asians and Latinos told to go back where they came from. Jews and Catholics, Muslims and Sikhs, made to feel suspect for the way they worshipped. Black Americans chained and whipped and hanged. Spit on for trying to sit at lunch counters. Beaten for trying to vote.
If anyone had a right to believe that this democracy did not work, and could not work, it was those Americans. Our ancestors. They were on the receiving end of a democracy that had fallen short all their lives. They knew how far the daily reality of America strayed from the myth. And yet, instead of giving up, they joined together and said somehow, some way, we are going to make this work. We are going to bring those words, in our founding documents, to life.
I’ve seen that same spirit rising these past few years. Folks of every age and background who packed city centers and airports and rural roads so that families wouldn’t be separated. So that another classroom wouldn’t get shot up. So that our kids won’t grow up on an uninhabitable planet. Americans of all races joining together to declare, in the face of injustice and brutality at the hands of the state, that Black Lives Matter, no more, but no less, so that no child in this country feels the continuing sting of racism.
To the young people who led us this summer, telling us we need to be better — in so many ways, you are this country’s dreams fulfilled. Earlier generations had to be persuaded that everyone has equal worth. For you, it’s a given — a conviction. And what I want you to know is that for all its messiness and frustrations, your system of self-government can be harnessed to help you realize those convictions.
You can give our democracy new meaning. You can take it to a better place. You’re the missing ingredient — the ones who will decide whether or not America becomes the country that fully lives up to its creed.
That work will continue long after this election. But any chance of success depends entirely on the outcome of this election. This administration has shown it will tear our democracy down if that’s what it takes to win. So we have to get busy building it up — by pouring all our effort into these 76 days, and by voting like never before —