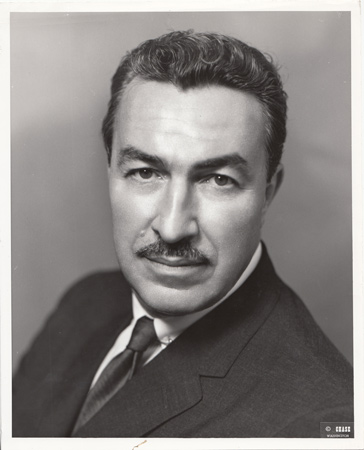 Last week’s WGO was the darkest, ugliest one of 2016 so far.   However, it was just a prelude to the violence and terrorism which has visited France, Turkey and the USA with tsunami intensity during the week beginning July 11.  On July 14, Bastille Day, a truck plowed into a crowd killing 84 and injuring scores of others in Nice, France. A failed coup d’etat against the democratically elected Turkish Government claimed more than 300 lives. In Baton Rouge, Louisiana, another American sniper killed 3 policemen, an act of revenge.  The nation is once again in mourning.

The week beginning July 18 got off to an ominous start with the opening of the GOP Convention in Cleveland, Ohio.  The opening night speeches were uninspiring and malevolent, typified by the likes of Rudy Giuliani who talked about Donald Trump’s version of a new America which sounded like a dystopian state for people of color.  I watched Rudy in disbelief as he was firing up the Republican conservative base with disinformation and racist code words.  A Trump advisor, Rudy would be rewarded with a job like AG  or Homeland Security  head under a Trump Presidency.  Melania Trump’s speech is dominating media stories for its plagiaristic character. She borrowed extensively from Michelle Obama’s 2008 Convention speech.

CD 13: Keith Wright’s loss to Dominican-born Adriano Espaillat for the 13th Congressional District seat brings an end to the era of Black Harlem’s power politics.  Since 1945, Harlem’s congressional seat was always manned by an African-American;

first by Reverend Adam Clayton Powell, who willy-nilly represented all of Black America; Attorney Charles Rangel, another man of the people, succeeded Powell in 1970.  Both men were elevated to Committee Chairmen and wielded enormous power which benefitted their district. Powell was the Education and Labor Committee Chairman; Rangel was Ways and Means Chairman.  They initiated legislation and delivered to their predominantly Black constituents.  That Black power comes to an end next January after 71 years.  Will the presumptive Harlem Congressman Espaillat attend to his African-American flock as its numbers have diminished to 22% of  his district.  What will the new Black Harlem political power configuration look like? There is a Black councilperson, NY Assemblyman and Senator.  What will be their interface with Espaillat?  With Keith Wright soon to be out of the Assemblyman picture, he can no longer be the Manhattan County Democratic leader.  Will Wright run for the NYC Council, as a recent NY Post item suggested?   Councilwoman Inez Dickens will run for Wright’s Assembly seat.  Bill Perkins is the Senator.   If you are interested in Black Harlem politics, you must read the Errol Louis 7/17 NY Daily News op-ed. “Harlem’s Hallowed Ground: Remembering When Uptown Manhattan Was the Center of Black Cultural and Political Life In America.”  No More!!

There is a new kid on the block, thanks to Bob Johnson, BET founder and one-man conglomerate.  Last week, Johnson’s RLJ Companies and Roth Capital Partners announced the  launch of  RLJ Capital Markets, “a full-service investment bank and broker-dealer providing institutional and corporate clients with capital market solutions which enhance their ability to raise equity and debt capital, invest in their businesses and pursue growth opportunities”. [Visit rljcapitalmarkets.com]

Dr. Melissa Harris-Perry joins BET Networks as a special correspondent.  Her inaugural assignment is political analysis and commentary of the GOP and Democratic Conventions this month.

Black Lives Matter has gone international. The latest issue of Juene Afrique, which means Young Africa, includes extensive coverage of the events which gave birth to the BLACK LIVES MATTER movement, from the police murders of Black men like Trayvon Martin, Freddie Gray and Michael Brown to the Black snipers’ murders of policemen in Dallas last week and Baton Rouge, Louisiana on July 17.    Juene Afrique is the foremost site of journalism about African politics, economics, sports, culture and society. [Visit Jueneafrique.com]

The book, “The Man From Essence: Creating A Magazine For Black Women” by Edward Lewis with Audrey Edwards, is

available in paperback.  Authored by Lewis, Essence publisher and co-founder, the book is equal parts Lewis memoir and Essence profile, which are basically indistinguishable. A 311- page repository of colorful facts and revelations coupled with  a back-in-the-day picture gallery, the nonfiction work  is  a page-turning  breezy read  akin to the  book, “The Billion Dollar BET:  The Inside Story of Black Entertainment Television”.

Founded in 1944, the United Negro College Fund(UNCF)  is the nation’s largest private scholarship provider to minority group members. Each year it awards more than $100 million in scholarships to more than 10,000 students at more than 1100 schools across the nation, including its constellation of 37 Historically Black Colleges and Universities(HBCUs). The UNCF also manages a number of scholarship programs, including 1) Gates Millennium Scholars Program, 2) UNCF  K-12 Education Walton Fellowship and 3) UNCF/Koch Scholars Program. To date, the UNCF has raised more than $4.5 billion and helped more than 430,000 students.

On July 12, 2016 Ashley and Corrine Smith announced the birth of their second child,  Jodey Alexander Smith, who is the grandson of  NY Beacon publishers Walter and Miatta Smith.  Walter has identified his grandson’s career path.  Jodey becomes NY Beacon publisher in 2038.  He will be elected to Congress by 2041 and elected NYS Governor by 2050.  In 2056, Jodey will be elected US President!!

RIP:  New Yorker Eugene “Gene” Giscombe, 76, has passed.  A real estate investor and broker, Gene was nicknamed “Mayor of 125th Street”,  who was far and away the leader of Harlem commercial real estate.  In 2007, he brokered the biggest deal in Harlem history with the $50 million sale of 16 commercial real estate properties on 125th Street at Frederick Douglass Boulevard.  Grandson of  Jamaican-born grandfather Lawrence Giscombe, himself a Harlem real estate developer/owner in the 30s and 40s, Gene would cut his teeth in real estate sales at the Black-owned real estate firm of Webb and Booker in 1972 before setting up his own shop, Giscombe Realty Group, which was an omnibus real estate operation a decade later.  He bought the 12-story Lee Building, which borders the NE corner of Park Avenue at 125th Street, in 1979 for $40,000; and  he sold it in 2015  for $48 million. Giscombe was active in the Harlem business community: he chaired the 125th Street Business Improvement District, served on  the Board of the City National Bank, a Black-owned commercial bank on 125th Street, and on the YMCA  Board.

A Harlem-based writer, Victoria Horsford is reachable at victoria.horsford@gmail.com.