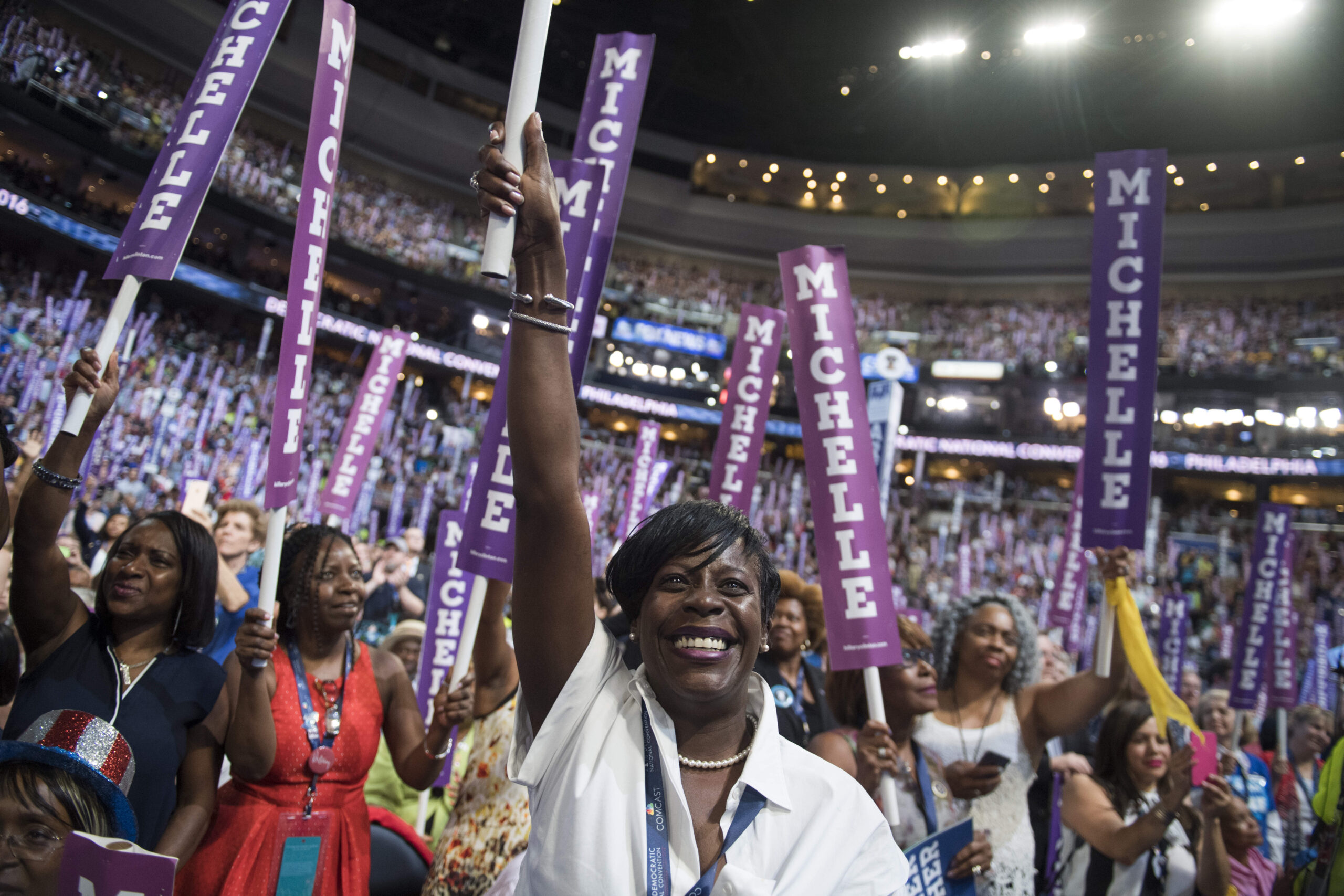 What happened to the American Republican Party? If its convention last week in Cleveland, Ohio was a defining moment, the party requires dissolution or resurrection with a new messiah to replace Donald Trump, its presidential hopeful. Trump wants to make America great again. However, the America in his imagination is an insular dystopian place unfit for anyone with 21st century sensibilities. The Trump message was doom and gloom. The 2016 GOP Convention leaves little doubt in any critical thinker’s mind about the necessity for a Democratic White House and Senate victory in November.

This week’s Democratic Convention in Philadelphia is different…. in substance and tone. The Philly streets are lined with marchers and dissenters from all over the nation with multiple agendas. The Sanders supporters and Clinton supporters have a certain measure of détente and most agree to work ensemble to vanquish Trump. The National Democratic Committee Chair Debbie Wasserman-Schultz was forced to tender her resignation, which should have been done two years ago. Ohio Congresswoman Marcia Fudge replaces Wasserman as Democratic Convention Chair. Democratic strategist and commentator Donna Brazile will serve as interim Democratic Committee Chair. The convention opening night speakers, First Lady Michelle Obama, Senators Cory Booker, Bernie Sanders and Elizabeth Warren, exemplified and celebrated American greatness. Their messages were a potent mix of diversity and hope! Now the hard work begins as we navigate the path to a Hillary Clinton victory in November.

NYC POLITICS: Reverend Dr. Calvin Butts is considering a run for the NYC mayoralty next year, according to a variety of media sources. The NY Post says that he would consider running as a Republican, if necessary. Dr. Butts is a registered Democrat. Calvin   Butts, 67, is the Senior Pastor at Harlem’s historic Abyssinian Baptist Church and the president of a NYS college campus. He has oversight of the Abyssinian Development Corporation(ADC), which boasts a sizable real estate inventory, and which suffers from fiscal and   mismanagement problems.   New York real estate barons Paul Massey and Don Peebles are also considering a 2017 NYC mayoral run. Add to that the growing list of NYC and congressional incumbents who covet the mayoralty.

NYC Mayor Bill de Blasio, who is up for reelection next year, is not one of Dr. Butts’ minions.   His administration cut off $2 million in funds last year to the ADC social service division for its missed tax filings.   The Real Deal, an online real estate media outlet, also covered Butts(the politico) in a story, “Abyssinian Development head Calvin Butts Mulls Mayoral Run”. Same piece also reports that the ADC sold the Ennis Francis Houses, located at 2070 Adam Clayton Powell Blvd., between 123/124 Street in Harlem, to Carthage Real Estate Advisors for $27.8 million in March. Harlemite Eddie Poteat is a Carthage principal.  Wonder who among New York’s power elite is encouraging Dr. Butts to consider a run. Butts observes: “de Blasio should be dumped for not firing the policeman who killed Eric Garner in Staten Island.”

ARTS/CULTURE/MEDIA  The NY Times Book Section commissioned a work by Africa’s most popular writer in the West, Nigerian Chimamanda Ngozi Adichi, which is titled “THE ARRANGEMENT: A Work of Fiction”, which was published on   July 3.   Piece is a clever imagining of the Donald/Melania Trump household, complete with the offspring and baggage of bygone marriages, Ivana and Karla.   Adichi is spot-on with insights into the reality show that is Trump’s life off-camera. Ms. Adichi’s fictional works include “Americanah” and “Purple Hibiscus”.   The New York Times has also commissioned a fictional piece about the Hillary Clinton menage, which will be published this fall.

The Ava DuVernay-directed documentary film, “THE 13th”, opens the 54th NY Film Festival which runs from September 30 to October 16 at Lincoln Center’s Alice Tully Hall. The film’s title is a reference to the 13th Amendment to the US Constitution, which abolished slavery and its relationship to the high incarceration rate of Black people in today’s American prison system. “THE 13th” will be the first documentary to open the NY Film Festival in its 54-year history.   Ms. DuVernay directed SELMA, the highly acclaimed $20 million feature film which lifted a chapter during the 60s civil rights era that led to the passage of the Voting Rights Act of 1965.

The Mama Foundation’s husband-and-wife theater producers, Vy Higginsen and Ken Wydrow, celebrated their 35th Wedding Anniversary on July 19.   That team produced “Mama, I Want To Sing”, “Gospel Teens”, “Alive and Kickin’” and “We Are! Gospel For Teens”.

The BLACK EXPO 2016, which supports Black Businesses, will be held on Saturday, July 30 from 10 am to 9 pm at the Sheraton Hotel, located at 811 Seventh Avenue at 53rd Street, Manhattan.   [Visit NewYorkBlackExpo.com]

The African Food Festival will be held at the Brooklyn Navy Yard on August 13/14 from 12-8 pm. Culinarian talents from across the African Diaspora will be among top festival attractions like Senegal-born Pierre Thiam, who lives in NY. Festival will include chef demonstrations, lunch/dinner, food vendors and coffee ceremonies. Local African restaurants Madiba, Awash, Bunna and Buka are some of the festival participants.   The African Food Festival is the brainchild of Ghana-born culinarian Ishmael Osekre, who runs Afropolitan Insights. [Visit nycafricanfoodfestival.com]

HOLD THE DATES: August 5 to 21. Olympics in Brazil.

Advertisement
Related Topics:DNC
Up Next