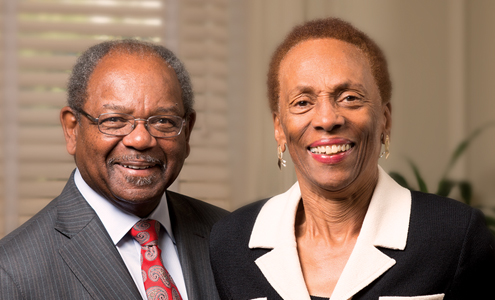 November 8, 2016 will go down as an important date in American history. To Be Or Not To Be! Will America elect its first woman president, Hillary Clinton, who will work towards that more perfect union or will America elect Donald Trump, who promised to make America great again. Will he invoke Jim Crow? I cannot remember a more polarizing presidential aspirant than Trump, who has managed to alienate all non-European Americans. November 8 will be the first election where the Democrats will enjoy a victory sweep of votes from all of America’s non-Euro electorate: Asian-Americans, Latino-Americans, African-Americans. Trump has dissolved the Republican Party. I dread thinking of a Hillary Clinton loss on November 8, roughly 20 days away. Trump’s dystopian America will be a hard pill to swallow.

This is the 11th hour of his presidency and Barack Obama’s popularity numbers soar despite the joy, tragedies and craziness which is unfolding in America 24/7. Media is lining up for swan song sessions with President Obama. The 10/3 issue of NY magazine’s cover reads EIGHT YEARS IN AMERICA: HOPE, WHAT CAME AFTER by Barack Obama and 60 other protagonists and observers. It is exhaustively researched, well-written, a good POTUS handbook. Vanity Fair magazine includes The Big Obama Exit Interview by revered American history writer Doris Kearns Goodwin, another must-read piece. Book companies are involved in bidding wars for the Obama Presidency memoir. In the post-Obama era, America returns to white power in the White House, which will alter the consciousness of white America.

TRUMP’s children, Donald, Jr. and Ivanka, are considering a NYC mayoral run. According to a WSJ/NBC-4 poll, 8 out of 10 NY voters are horrified by the speculation.

HARLEM: Councilwoman Inez Dickens, a NYS Assembly hopeful, debates her GOP rival Heather Tarrant, at the Friendly Baptist Church, located at 144 West 131st Street, on Thursday, October 20, 6-7 pm. On October 27th, Charlie Rangel and David Dinkins have blocked seats for the hit musical THE COLOR PURPLE when they co-host a fundraiser for her Assembly race. [Call 212.862.4990]

Who is Republican Jon Girodes? He is running against NYS Senator Bill Perkins. Hmm.

Girodes, 38, has lots of street creds, a rap sheet which includes two prison visits. Last weekend, he was arraigned on charges related to fraud, taking large deposits for his midtown apartment, then going AWOL before victims begin occupancy. Moreover, he is a deadbeat dad. The NY GOP is distancing itself from him saying that he should withdraw from the race immediately. He is on the Donald Trump ticket. Why is he eligible to represent Harlem?

BROOKLYN: For a nanosecond, rumors proliferated that the Black Brooklyn establishment was lobbying NYS Governor Cuomo to name NYC Public Advocate Letitia James to succeed the late Brooklyn District Attorney Kenneth Thompson. On 10/17, Cuomo said that he would allow Acting Brooklyn DA Eric Gonzalez, handpicked by Thompson, to succeed him until Thompson’s term expires at the end of 2017.

HAITI: AFTER THE STORM

Hurricane Matthew wreaked havoc throughout Haiti with a death toll of almost 900. More than 1.5 million Haitians were affected by the storm who are homeless, hungry and battling cholera anew. Haiti is a humanitarian crisis, close to Florida, which Americans need to address and help abate. But for the NYTimes, the crisis is off the media radar.   Items such as clothing, food, hygienic products are needed. The following is a list of Haitian-managed nonprofits and websites to contact for guidance about a donation.

The latest CNNMoney report about American’s wealthiest, the top 1%. Report indicates that people who made the list have a minimum net worth of $6 million. African-Americans represent 1.7% of the coveted 1% super American wealthy. Two members of the 1.7% elitists include 1) Sheila Johnson, co-founder of Black Entertainment Television (BET) and founder of Salamander Hotels and Resorts, and the first African-American woman to attain a net worth of at least $1 billion and 2) Eddie and Sylvia Brown, Brown Capital Management, which boasts $8 billion in assets under management.

Belated greetings to Dr. Lorraine Williams Monroe, living legend and educator extraordinaire who celebrated her 82nd birthday on October 10. Education was not only her calling but her ministry. She started as an English teacher at Wadleigh JHS in Harlem. Then she wore a variety of hats – principal, NYC Board of Ed hierarchy, college professor at Bank Street College and Columbia University public speaker and author of the “Monroe Doctrine”. She founded the Frederick Douglass Academy, two in Harlem, and the Lorraine Monroe Leadership Institute.

A Harlem-based entrepreneur, Victoria Horsford can be reached at victoria.horsford@gmail.com