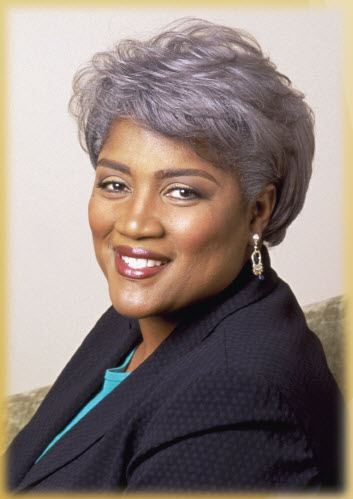 Kenneth Thompson, Brooklyn District Attorney, 50, died a few days after announcing a leave of absence, owing to a battle with cancer. Arguably one of the best and brightest District Attorney’s in the United States, his transition is a major loss for the people of Brooklyn and anyone interested in his brand and interpretation of the American criminal justice system. During his three years in office, he casted a wide net to address ways of making the justice system work for all of his constituents. His death is a major loss. I always thought that the District Attorney’s Office was the gateway to much larger, greater things for Thompson.

Without benefit of any crystal ball or soothsayer, I mused a few weeks ago that the American Fourth Estate created Donald Trump, GOP presidential hopeful, and that it was media’s responsibility to bring about his demise after the mysterious weekend Trump tapes which aired nonstop! I also reckoned that reality TV Trump would also shoot himself in the foot, accelerating his fall. He is doing a good job.   The destruction of the Republican Party has been a part of the collateral damage of his rise to GOP prominence. American politics is so fluid today, thanks to the Donald, not only does a Hillary Clinton White House victory seem inevitable, it is possible that the Democrats are in a position to retake Congress.

Interim National Democratic Committee Chair Donna Brazile has her work cut out for her while war rages within GOP ranks between Trump and GOP incumbents. She can help steer the Democrats to multiple victories at the White House and in Congress; ideally delivering a majority in both chambers. Trump is the inadvertent gift that keeps giving to America and the Democratic Party. No one envies candidates who are on the GOP undercard which Trump heads. The gods work in mysterious ways.

More news from the Whole Foods Building on Lenox from 124th-125th Streets. American Outfitters opened its palatial doors last week following the BURLINGTON lead. A TD Bank branch opens on October 15 on Lenox at 124th Street in Harlem …. $150 and $50 VISA gift cards are TD incentives for new customers……… On 125th Street between Fifth and Lenox, the signage is up for TJ Maxx and Bed Bath and Beyond.

Assemblyman Keith Wright spoke at the monthly Community Board 10 meeting last week. He said that he did not know where his career would twist or turn next. He was humble and appealing asking the community to reach out to him with suggestions about his career direction. His CV is rich with possibilities. A NY attorney before his career in public service, scion of one of Harlem’s most prestigious families, he can do almost anything. Rumors persist about his return to the NYC Council.

Supreme Court Justice Clarence Thomas is an invisible man at the new Smithsonian Museum of African-American History and Culture. And white American conservatives are pissed. Kudos to the museum staff, what an enlightened oversight. One of my major regrets about the “Age of Obama” is that he never named a Black person to the US Supreme Court. African-Americans do need someone with Black sensibilities among the elitist SCOTUS. Clarence Thomas does not fit the bill. He takes orders from the American far right and the likes of the billionaire Koch Brothers.

Read the Fortune magazine article, 50 Most Popular Women And What We Can Learn from Them. African-American women who made the list are Rosaling Brewer, Sam’s Club CEO/President, #19; Ann-Marie Campbell, Home Depot EVP US Stores, #20;

Ursula Burns, Xerox CEO/Chairwoman, first Black woman to run a Fortune 500 Company, #20; and Beyonce, who is Fortune’s Bonus Pick, #51. Hillary Clinton is on the cover of the same magazine with article, “IS HILLARY GOOD FOR BUSINESS: An Inside Look At Her Plan for the Economy”.

Read Forbes magazine observation about Cash Kings. For more than a decade, Forbes has been monitoring the Top 20 HIP-HOP Cash Kings. Rappers who have dominated that list in the top five include Dr. Dre, Puff Daddy, Jay-Z. These are performers who have earned an average of $22.5 million per act, per year, or a combined total of $4.5 billion pretax. Kanye West, Timbaland, Akon, 50 Cent, Drake are among the rap elite earners.

American history buffs and book lovers are advised to check out Gerald Horne, African-American professor/scholar, who is the subject of the 3-hour, IN-DEPTH session on BOOK TV this month.

Fine Arts photographer Chester Higgins’ new exhibit, PASSING THROUGH, hangs at the Sugar Hill Children’s Museum of Art and Storytelling, which opened on October 1 and runs through August 27, 2017. Show is a chronology of Higgins’ travels through Africa, the Americas and Harlem from 1969 to 2002. Sugar Hill Museum is located at 898 St. Nicholas Avenue in Harlem. [212.335.0004]

Women For Hillary In Harlem fundraiser is a hot ticket on Thursday, October 13 at Lenox Sapphire, located at 241 Lenox Avenue. Attendees can make a donation, register to vote on-site, get an absentee ballot for early voting and network. A-listers, politicos and muck-the-mucks will be in attendance. October 14 is the last day to register to vote in NY.

Colloquium Depot, Ltd. and CAMY (Connect-A-Million-Youth), Inc. co-host the Second Annual Arts Exhibition From Umbrellas to Canvas, which is a ban on bullying month event, on October 19 from 6-8 pm at Gibney Dance Studios, located at 280 Broadway, Manhattan.

Leake & Watts hosts its Annual Awards Gala on Thursday, October 27 and will honor Joyce Coppin Mondesire at the Pierre Hotel Manhattan. A children and family services organization, Leake & Watts was founded in 1831 as an orphanage, and has morphed into an organization serves morethan 11,000 individuals annually through its 43 programs at 27 sites scatters throughout New York City. which provided omnibus education, family support and stabilization, foster care and jevenuen justice services. Underserved population.   Visit   leakeandwatts.org/2016gala.

A Harlem-based consultant, Victoria Horsford can be reached at victoria.horsford@gmail.com