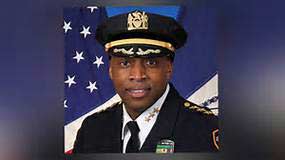 As we get ready for the December 2019 holiday season, it is a good time to take advantage of the calm that precedes the psychological storm that America will undergo next year when all hell will break loose. Yes, 2020 is the US Presidential election, congressional elections and assorted local races. More madness, more chaos, is inevitable as we witness Trump’s bid for a second term as his political life is falling apart. Expect him in full attack mode. Enjoy the remaining 2019 fortnight and the quiescence. Congressional Democrats are readying two charges of impeachment for Trump’s abuse of power and obstruction!

New York Police Commissioner Dermot Shea named Rodney Harrison the new Chief of Detectives, the post that Shea formally held. Harrison, 50, becomes the first African-American Chief of Detectives in the NYPD’s 175-year history. Before the promotion, the Jamaican-born Harrison was Chief of Patrol.

The 2019 enacted New York State laws pertinent to criminal justice reform have attracted legions of statewide opponents, like district attorneys and our own NYC Police Commish Shea, who wants those laws rolled back.

HARLEM:  The Harlem Academy, a private school which caters to Black American students from grades 1 to 8, announced plans for a permanent campus, a 5-story building at 661 St. Nicholas Avenue, near 141st Street, Harlem, made possible by a $31 million capital campaign.  The HA is looking at a 2021 move-in date, accommodating 240 students. Founded in 2004, the Harlem Academy provides gifted and talented education access in underserved communities.  Its students enter with scores in the 70-85 percentile, too high for attention in public and charter schools and too low for the admission to the city’s more selective programs. Its graduates attend high schools like Andover, Chapin, Horace Mann and Lawrenceville on scholarships before enrollment in 4-year colleges like Cornell, NYU and Dartmouth.

Exact Capital and Lam Group, the developers of the mixed-used tower, rising at 233 West 125th Street, formerly the Victoria Theaters site, are looking for Opportunity Zone investors/partners who must invest over $32 million for MWBE  for their $178 million tower, which includes a 211-room Marriott Renaissance Hotel and a 27-story residential component with 191 apartments. The Opportunity Zone building’s lower floors will be home to the Classical Theatre of Harlem, JazzMobile, Apollo Theater Foundation and the Harlem Arts Alliance. The Victoria Project is sponsored by the Harlem Community Development Corporation and financed by Goldman Sachs, the Upper Manhattan Empowerment Zone and the Empire State Development Corporation.

The Grace Congregational Church of Harlem, located at 310 West 139th Street between Edgecombe and Frederick Douglass Boulevard, filed redevelopment plans for a mixed-use, 7-story apartment building with 35 apartments.   About 5,109 square feet of the redeveloped space will be zoned for a community facility and new church space.  No plans have been filed to demolish the church, a favorite among Black musicians and artists. Built in 1892, the church was a place of worship for whites until 1923 when it was acquired by Grace Congregation and its African-American parishioners.

Pele, Brazilian soccer legend who played for the New York Cosmos, is back in the Apple expanding his brand, Pele Soccer, and has signed a licensed agreement with Unified World Soccer to produce items in his likeness or with his name. A New York store, the third in the US for the Pele brand, is located in Times Square at 1560 Broadway.

BOOKS: “The Selected Letters of Ralph Ellison,” edited by John F. Callahan and Marc Conner, “offers the pleasure of big ideas and everyday life” according to Dwight Garner, NY Times reviewer.  Ellison kept company with the nation’s top literary lions of his generation, men like Albert Murray, Saul Bellow, Langston Hughes, Norman Mailer, to name a few. “Moby Dick” was one of his favorite novels and it sounds like its filled with such good stuff about writings and literature. Available at bookstores for $50.

“THE GOLDEN APPLE: Changing The Structure of Civilization –Volume 3- Aftermath” by Edgar Ridley, an African Studies and Semiotics scholar,  examines the role of symbols on human behavior and corrects the record on the interpretation of James George Frazer’s classic work, “The Golden Bough.” Ridley argues that symptomatic thought and behavior shapes every aspect of the genome and controls gene function.  He explains “how symptomatic behavior and the dynamics of symbolic behavior are the causes of how genes operate in our bodies and how they express themselves re: who we are and how we behave.”  He concludes that symptomatic behavior will last forever as a catalyst for behavior transformation that will lead to a solution to the world’s most persistent problems like illnesses, racism and religion, which inevitably leads to health disparities and military conflict. Those ills “can only be solved by changing the mind-set that produces symbolic behavior.”

PAGEANTRY:  Congratulations to South African Zozibini Tunzi, 25, who was crowned Miss Universe on Sunday. A model and pageant competitor for a few years, Ms. Tunzi is a college graduate and an advocate of natural beauty. There is a paucity of bio info on Ms. Tunzi. Perhaps she will update her social networking pages soon.

A Brooklyn party not to be missed… An Art Show and Photography Exhibition dedicated to the late Jamerican Randy Weston, “The Man and His Music,” Brooklyn-born pianist/composer virtuoso. The show runs from December 16 to January 16 at the Stuyvesant Mansion, located at 375 Stuyvesant Avenue, Brooklyn.  More than 30 artists’ works will be showcased, including art by James Gethers, Otto Neals, Mel Wright, Edna Farber, Sadikisha Collier, Barry Mason and Gene Alexander Peters. Vocalist/pianist Emme Kemp performs at opening reception on Monday, December 16 from 6-8 pm.

A Harlem-based media/branding consultant, Victoria can be reached at Victoria.horsford@gmail.com