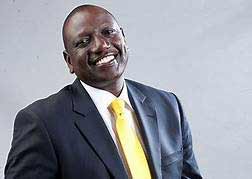 NEW YORK’S 8/23 PRIMARY
The next week is about New York’s August 23 Primary for congressional representatives and NYS Senate members. It is imperative that the electorate goes to the polls next Tuesday. Early voting continues through August 21. The two congressional races that media is poised on is District 12, where two septuagenarian progressives to moderate congress members, Carolyn Maloney and Jerrold Nadler, who for 30-odd years each represented two districts, are now competitors vying for one district. District 10, a newly created congressional district, which borders lower Manhattan and parts of Brooklyn, has 12 hopefuls, including Congress member Mondaire Jones, former Representatives Elizabeth Holtzman and Daniel Goldman, NYC Council member Carlina Rivera, Assembly members Yuh-Line Niou and Jo Ann Simon to name a few. The NY Times has endorsed Daniel Goldman, as has Senator Chuck Schumer, who gave the nod to Nadler. Do you know your NYS Senate candidates? Visit NYCVote.org for guidelines.

INTERNATIONAL AFFAIRS
Kenya, the African post-colonial paradigm of stability and democracy, the nation favored by international corporations, held the August 9 presidential elections with four contenders; the top two are current VP William Ruto, 55, and Raila Odinga, 77, son of Kenyan political elite. Results were announced on August 15, with Ruto as the winner, with 50.5% of the vote to Odinga’s 48.9 %. Violence ensued. Election commissioners were assaulted. Kenyans are eager to avoid the post-election violence that followed its 2007 election, which claimed 1,000 lives. Schools and businesses were closed on August 9. Riot police patrol the streets after dark. As late as August 17, Odinga rejected the vote count, which he said should be “null and void.” The vote matter will head to court. Kenya has a $50 billion deficit and food insecurities aggravated by the Ukraine war. Tons of grain have been exported to East Africa from Ukraine by way of a UN initiative.

The United Nations convenes its 77th General Assembly session from September 13 to 27 at its New York headquarters. The General Debate begins on September 20, when leaders of its 193 member states are allotted time to address the august body. NY is the epicenter of world culture in the September UN season.

The NY-based Africa-America Institute will host its 38th Annual Awards Gala on September 20, honoring the People of the Republic of Botswana, which President Mokgweetsi Eric Keabetswe Masisi will accept; Dr. Solomon Assefa, IBM Research, Africa and Emerging Market Solutions; Mahen Bonetti, African Film Festival, Inc; and Betty Wambui Kibaara, The Rockefeller Foundation. The Gala, always scheduled coincidental with the new UN General Assembly session, celebrates the vast contributions of Africa and its worldwide diaspora. It will be held at Cipriani’s 42 Street, Manhattan. Founded in 1953, the AAI has awarded scholarships and fellowships to more than 23,000 Africans. Bozoma Saint John is an event curator. Visit AAIonline.org.

ARTS AND CULTURE
TELEVISION; Black women will rock the morning corridor in American TV next month. Tamron Hall continues with her show on WABC-TV. On Channel 5, The Sherri Shepherd Show, a new edition, will air in the former Wendy Williams Show time slot, between 10-11. Sherri’s show is followed by The Jennifer Hudson Show, which airs from 11-noon, opposite THE VIEW. Both shows premiere on September 12.

CELEBRATIONS: The Consulate General of Jamaica, NY, in association with Jamaica’s Promise, presents the official Jamaica 60 Diamond Jubilee Gala, which will be held on Saturday, August 20 at 6 pm, at the Marriott Marquis Hotel Grand Ballroom, on Times Square, Manhattan. The event theme is “Reuniting a Nation for Greatness.” The black-tie gala is part of Jamaica’s 60th Anniversary of Independence from the United Kingdom. All proceeds will benefit Jamaica charities. Visit Jamaica60.org.

The West Indian American Day Carnival Association is back with the West Indian Day Parade, aka Labor Day Parade, on September 5 at 11 am. West Indian pride is displayed with traditional trappings: The Youth Fest, the Brass Fest, Children’s Carnival, the Panorama Steel Pan Competition, Dimanche Gras, and J’Ouvert. The Parade Route begins at Schenectady Avenue and Eastern Parkway and ends at Grand Army Plaza. Visit wiadcacarnival.org

The 53rd Annual African American Day Parade in Harlem will be held Sunday, September 18 with the theme, “Good Health Is Essential.” One of America’s oldest and largest parades celebrating Black culture, the parade launch date was 1969.

RIP: Trailblazing entrepreneur Arlington “ Leon” Eastmond, Jr, 95, died on August 9. Leon was born in the Bronx, NY, to parents who were Barbadian immigrants and entrepreneurial. The family’s Bronx-based business, EASCO Boiler Corporation, was a boiler manufacturing operation. Leon cut his teeth in the business at age 12, when his father taught him welding skills. In 1957, he became EASCO President and grew the business into the city’s largest Black-owned boiler manufacturer for decades, boasting clients from local single-family homeowners to Yankee Stadium, Harvard University, and beyond. He passed the EASCO baton on to the next generation before retirement. A community activist and business leader, he trained and hired ex-offenders and was a philanthropist. Visitation and funeral services are held at the Abyssinian Baptist Church on August 17. Viewing at 10 am, funeral at 11 am.
A Harlem-based management consultant, Victoria, can be reached at victoria.horsford@gmail.com.