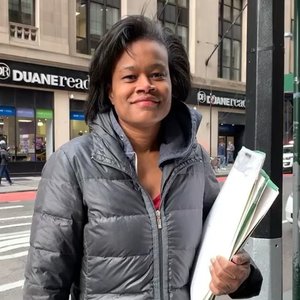 What’s Going On re: Mayor de Blasio’s inner circle and personnel turnover. Alicia Glen, Deputy Mayor for Housing and Economic Development, is leaving, as is Meera Joshi, head of the Taxi and Limousine Commission; also leaving is Rick Chandler, Commissioner of the NYC Department of Buildings. Last month, Joe Esposito, Commissioner of the Office of Emergency Management, was fired. Is this City Hall or the White House West Wing?

NYC will hold a special election for Public Advocate on February 26 to identify a Tish James successor. January 14 is the deadline for filing to run in the 2/26 election. Ms. James is now NYS Attorney General. Her departure from the PA office means that there is no African-American in any key citywide elected office. There are more than two dozen candidates running on 2/26, including City Councilman Jumaane Williams. Most of the candidates are African-American, Latino and Asian. Blacks in the 2/26 Public Advocate lineup includs NYS Assemblyman Michael Black and Harlem resident Dawn Smalls. Melissa Mark-Viverito, Ydannis Rodriguez and Manny Alicandro are among the Latino candidates. Guardian Angels founder Curtis Sliwa and his wife have also tossed their hats into the PA ring.

Election is nonpartisan. The winner will serve for a few months before readying for the September Primary and the November general election, whose victor will serve as Public Advocate until 2021, the year that the James term ends.

FYI small business owners: Do you know about the “NYC Loves You Local Grants,” which totals $1.8 million annually that targets NYC-based small businesses that have been open for at least 3 years? Become one of the 20 small business owners who could be one of the grants up to $90,000 during the 2019 Grant Program to implement recommendations from experts. Harlem entrepreneur and Ethiopian-American Leah Abraham, owner of Settepani Ristoranti (SPELLING?) on Lenox Avenue at 120th Street, is one of the 2019 NYC Loves You Local grantees. The application deadline for the NYC Small Business Services’ NYC Loves You Grants initiative is January 22. [Visit: loveyourlocal.cityofnewyork.us/apply-for-a-grant TODAY!]

The Harlem Renaissance Centennial era began in 2018 and a business was born with the launch of the Harlem Haberdashery’s Bespoke Spirits Collection, a curated spirits line which offers Bespoke Rum, Bespoke Gin and Bespoke Vodka, made possible by a collaboration with AstraLuna Brands. Located at 245 Malcolm X Boulevard, the six-year-old Harlem Haberdashery is an upscale boutique, uptown’s premier destination for couture and edgy ready-to-wear fashion. Sharene Wood, Harlem Haberdashery and HH Bespoke Spirits Collection President/CEO says, “For more than 26 years our family has created fashion experiences through 5001 Flavors, our celebrity custom-clothing business and our retail boutique Harlem Haberdashery.” She adds, “We are excited to present the HH Bespoke Collection to celebrate life fashionably with our curated spirits and be a part of the celebratory and responsible lifestyle experience for our customers.”

If you are looking for a directory of NYC business, culture and nonprofit society, buy the special issue of Crain’s NY Business and study its BOOK OF LISTS 2019. It includes New York’s top architecture firms, construction companies, employers, film and TV productions, foundations, hospitals, law firms, physician groups, private and publicly held companies and more. It is an indispensable research tool for anyone doing business in NYC. The special issue retails for $49.95. Crain’s must have a cheaper digital edition.

Harlem’s preeminent environment advocate Peggy Shepard, co-founder and executive director of WE-ACT for Environmental Justice, partners with Columbia University’s NIEHS Center for Environmental Health and its Center for Children’s Environmental Health. Partnership will co-host a “COSMETICS AND PERSONAL CARE PRODUCTS” briefing on January 16 from 5:30-8 pm at the Schomburg Center, located at 515 Malcolm X Boulevard, Harlem. Briefing will raise the awareness about content of these personal care items and their accompanying toxic chemicals, which puts users at risk, especially women of color who face the greatest exposure from those products marketed to them.

My December party itinerary began at the Edwards Sisters holiday fete, hosted by the Greys, the Serailes and the Harrisons, at the family mansion in Hastings-on-Hudson. A fun tradition, the evening was filled with merriment, good Caribbean food, music and dance. I counted at least three generations of the Grey clan in attendance, Ramona and Lucille, their children, Russell, Aden and Garnet, and their children’s children.

There were too many parties, but not enough time. Missed Assemblywoman Inez Dickens’ two parties, one a toy drive at the Kennedy Center and the one she co-hosted with NYS Senator Brian Benjamin at the State Office Building on 125th Street. The Horsford Group party, hosted by Alyah and Robert at Cove Lounge, was top-heavy with politicos and citywide real estate brass.   Democratic political consultant Chet Whye and his partner Katie Dunne McGrath co-hosted a wonderful holiday fete at their Fifth Avenue apartment along Museum Mile. Live music, food, wine, ambiance and party-ready guests who hit the dance floor took that mike for impromptu solos. It was big fun! Four generations of Lillian and Victor Horsford’s clan descended on Harlem’s Milbank Center to celebrate their granddaughter Gloria, who transitioned in December 2017. A multiple choice of activities was part of the Team Gloria festivities, like swimming, basketball and Caribbean dining. I started the New Year attending an Upper West Side wall-to-wall people brunch hosted by Dr. Janet Bell, storied Perl Mesta socialite and author of the book African-American Women in the Civil Rights Movement, Lighting the Fires of Freedom.